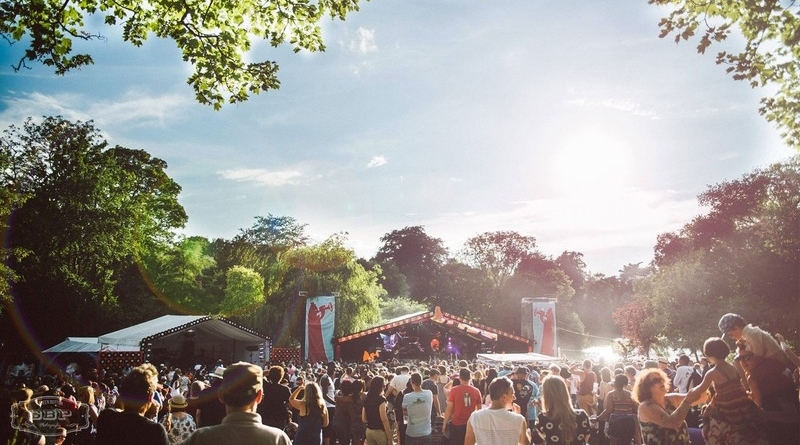 Tickets are selling fast for the festival which is celebrating its 8th consecutive Birthday next weekend. To mark the occasion a star-studded line-up has been assembled, alongside an expanded site and new Off Piste dance stage.

Mostly Jazz, Funk & Soul (paired with its sister festival Mostly Folk) is a hallmark of Birmingham’s best. The event helped to secure the leafy suburb of Moseley the title of “Best Place to Live in the UK” (Sunday Times, 2015). Mostly has gartered 5 Star reviews from the likes of The Independent, and continues to be a focal point internationally for anyone in search of a groove.

This year’s new additions include the Off Piste dance stage which will platforming the likes of previous The resident Greg Wilson and Steve Davis Soul Session. Off Piste welcomes Birmingham’s thriving electronic scene, proving stage takeovers by Poolside Strut, The Night Owl and Love Is The Message (Sam Redmore). Dance classes will be available: break dancing from Break Mission and swing dancing from The Swing Era plus northern soul and Samba. There’s a designated ‘Chill Out’ area, Jagermeister bar and some hillside games.

Whilst music generally features strongly within the Jazz, Funk and Soul canon, Mostly showcases a plethora of talent from many sub-genres. Taking to the main stage Saturday – the undisputed Queens of Disco – Sister Sledge. The celebrated group will be performing such 70s anthems as ‘His the Greatest Dancer’ and ‘We are Family’.

Candi Staton, with her dreamy gospel voice, will be delivering all-time favourites such as ‘Young Hearts Run Free’ and ‘You Got the Love’ as well as songs from her upcoming LP. Candi will be joined on Sunday by New York’s Lucky Chops, Osaka Monaurail, Tanika Charles, Lack of Afro (Live), Jalen N’Gonda, The Allergies, Space Ghetto, The VOLKO TRIO, Tropical Soundclash, Keziasoul & Madi Saskia.

Reggae Veteran Jimmy Cliff – credited with popularising the genre globally with his timeless classics ‘I Can See Clearly Now’ ‘Wonderful World, Beautiful People’, ‘You Can Get It If You Really Want’ plus many more – is headlining Friday night. The 70 year old has experienced a recent resurgence in his career, having won a Grammy for seminal album Rebirth in 2012.

Also top of the bill, the not-to-be-missed jazz vibraphonist Roy Ayers. With beautiful weather predicted across the weekend, his smooth-time cult ‘Everybody Loves the Sunshine’ is expected to go down a treat on Sunday.

Mostly wouldn’t be Mostly without the return of Craig Charles and his Funk and Soul Show. A stalwart attendee since the festival’s inception, Charles will be spinning the best that funk, soul and jazz vintage vinyl has to offer behind the DJ decks.

Tickets are extremely low – with 2 day, Saturday and Sunday tickets completely sold out. Saturday day tickets are also dwindling. Get yours ASAP here.