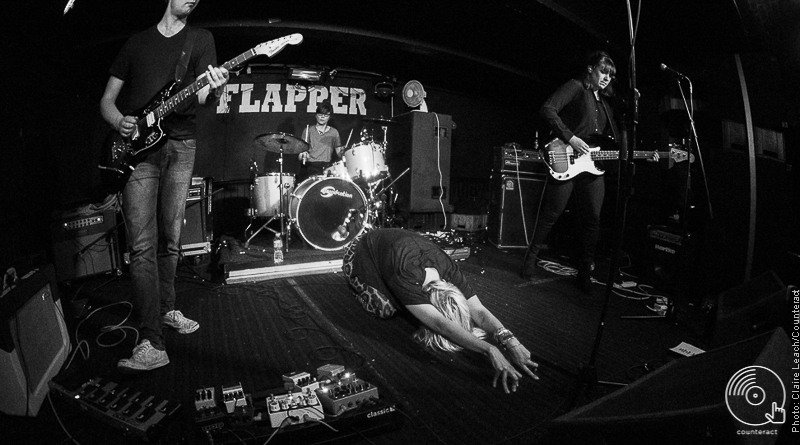 As you’ve probably seen by now, one of Birmingham’s most loved and rightly established small music venues The Flapper is at risk of being knocked down… to be replaced by flats. More fucking flats. Just what this city needs. This city being one of the most creative in the UK.

So, it astounded me to read that managing director of Whitehorse Estates Ltd – the company behind this mess – had made naïve, ill-informed claims of music being just what people listen to online nowadays. To quote:

“Music is much more online these days.”

As I write this on Thursday July 27th, The Flapper is preparing for another sold-out show, this time from rising Bristol punks Milk Teeth. But music is much more online, hey?

“I don’t think The Flapper was built as a music venue. It’s not a large space and could never be a large space.”

You’re right, it’s not a large space. But it was purpose built as a music venue and Ed Sheeran had to start somewhere, hey?

You’ve only got to look around the country to see the devastation caused by the closure of small venues. The Boardwalk in Sheffield, where Arctic Monkeys cut their teeth, closed in 2010. London’s Astoria as well as The Croft in Bristol and The Cockpit in Leeds all played their own parts in the development of some of the bands you know and love today. Gone.

Closer to home, we’ve seen the old Carling Academy (ex Hummingbird, Top Rank) re-open as the Ballroom and close again, various venues within Custard Factory complex like the Med Bar and Alfie Birds cease trading, we’ve even seen venues like The Yardbird become victim to area redevelopment and the Jug of Ale in Moseley eventually end up as a curry house.

Why should we let another of our loved venues become the victim of a redevelopment that, quite frankly, doesn’t even need to fucking happen?

Originally The Longboat, this popular canalside music venue evolved in to The Flapper & Firkin and has hosted early shows from the likes of Editors. Now known as The Flapper, the venue still hosts regular events downstairs in their basement venue. A firm favourite with Brummie rockers, losing this venue would be simply unfathomable. I’ve hosted gigs there, made friends there, got drunk there and almost fell in to the canal there. Would I change any of that? Absolutely not.

Birmingham has some cracking small venues dotted around the city, but how are the next big thing supposed to develop without venues like The Flapper? The city’s skyline is growing each year, and let’s be honest, we just don’t need more flats for the fat cats to profit from.

More than 8,000 people have signed the online petition to save The Flapper so far. I’m fully aware that online petitions often don’t change anything but it’s important that there’s a show of support for the much-loved venue, so please sign it.

And if petitions aren’t really your thing, (if you can afford it) show your support with your wallet. Go to a gig, attend their weekly quiz night or just pop in after work for a couple of pints, The Flapper needs you now more than ever.

Think of the amazing festivals you’ve been to at The Flapper. All the new bands you’ve discovered. The amazing people you’ve met. The great beer you’ve drank. The unreal pinball machines you’ve wasted loads of money on.

The Flapper is an important part of Birmingham’s musical heritage, and we cannot afford to let it go.

Keep up to date with The Flapper on Facebook.

Check out their events and buy tickets here.