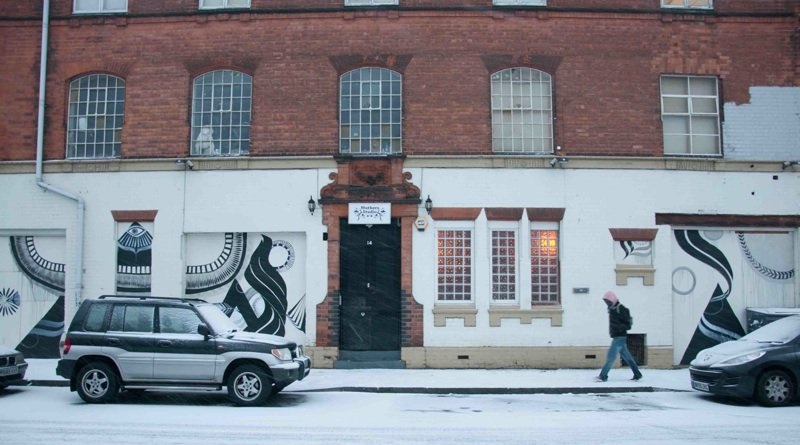 Primarily a recording studio with practice rooms and lock ups, Muthers is also home to a fair sized live venue and bar.

Even when there is nothing playing in the conservatory venue, Muthers is somewhat of a hub for the Birmingham music scene, with beverages being served over the bar from opening until closing time. Snacks and a pool table are also on offer, as well as Birmingham’s premiere independent drum shop, B_Drum. The venue claims to be busy most frequently on a Saturday night and over the years has hosted live bands, DJs, workshops, parties and even film premieres. The complex opens its doors every day at Midday, and stays open late dependent on what’s going on. Access to Muthers is by two small steps, but then all floors inside the studio are flat.

Find out what’s coming up at Muthers, by heading to muthersstudio.co.uk.

Muthers is situated on Rea Street South in the back streets of Digbeth, a stone’s throw from Birmingham’s city centre.

A small amount of street level parking is available on Rea Street.

The studios are sat in the middle of the city, so routes from all major train stations and central bus stops are a short walk away. Directions can be obtained from the map above. For more information on public transport in the West Midlands, please visit networkwestmidlands.com.