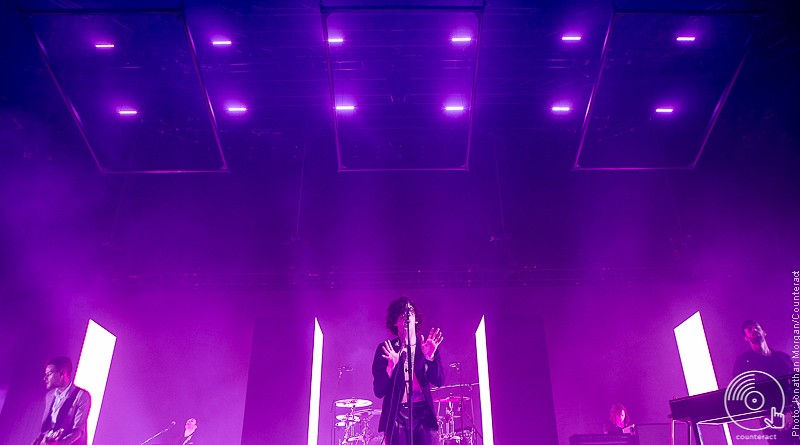 If you were to try and visualise what a successful ‘guitar band’ would have to look like to achieve arena-level status in 2018, you’d probably come up with something very much resembling the Mancunian four-piece pop group The 1975.

These guys have been around the world several times since they last checked in at Birmingham, which explains why tickets for their show at Arena Birmingham on January 23rd have been disappearing quicker than the bottles of wine on Matt Healey’s tour rider.

Following their Mercury Prize-nominated sophomore album I like it when you sleep, for you are so beautiful yet so unaware of it, The 1975 are making their much anticipated return with a less exhaustively titled third LP A Brief Enquiry Into Online Relationships on November 30th, before embarking on a 9 date arena tour of the UK in January with allegedly another record in the works for just after. If all that isn’t quite enough, they’re bringing along labelmates Pale Waves (tipped to be the next big thing this year) and No Rome (tipped to be the next big thing next year).

If you somehow haven’t become acquainted with the band in the last couple of years, then check out chart-smashers like ‘Girls’ and ‘The Sound’ to get a sense of what the fuss is about. If that piques your interest, cuts such as the hazy ‘lostmyhead’ and propulsive ‘Love It if We Made It’ give a deeper insight into a band that sometimes sees fit to think outside the box when it comes to how contemporary pop should sound.

The 1975 will play the following dates in January: