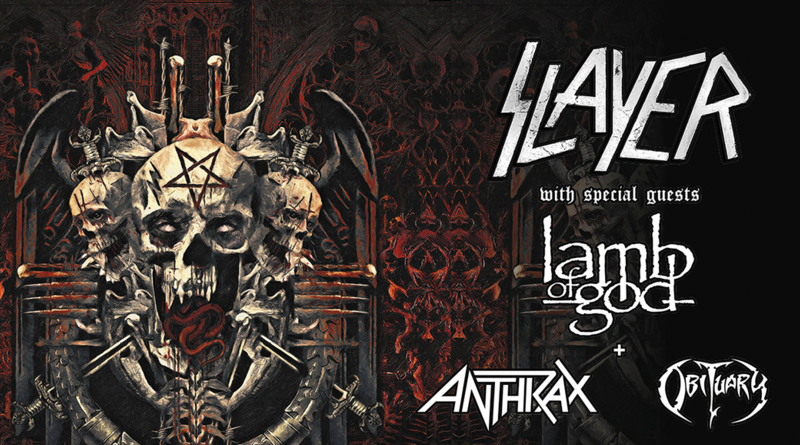 Slayer, California’s founding fathers of thrash metal, have announced that their final world tour will be stopping by the Arena Birmingham for one last stadium-filling performance.

Since their conception in Southern California in 1981, Kerry King and co. have released twelve studio albums. They’ve also attracted countless album bans and lawsuits over the perceived blasphemous, satanic, and generally inflammatory themes in their music and artwork. Despite this, they’ve gone on to obtain five grammy nominations, four RIAA-certified Gold records in the US, and to become one of metal’s most influential bands.

Support for the tour is enough to justify the ticket price alone. Anthrax will be performing, offering crowds the chance to see half of thrash metal’s “big four” on one night. Also on the bill are Lamb of God and Obituary, completing a who’s who in US metal right now.

Tickets are available here, whilst the full list of tour dates is below.