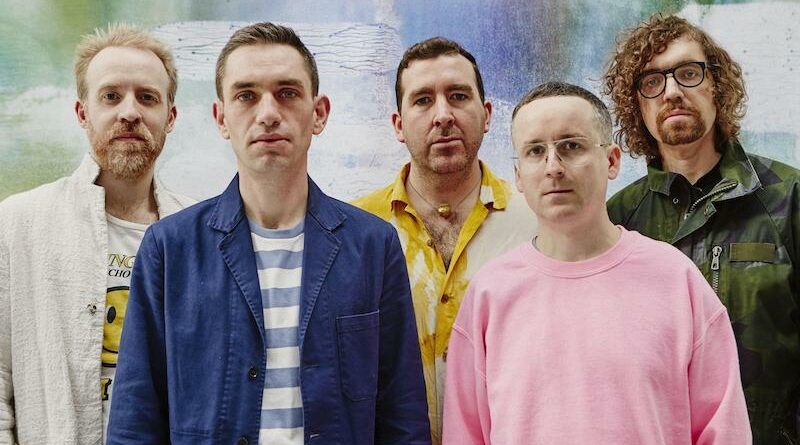 Electro-poppers Hot Chip have announced a new world tour starting in August and touching down at Birmingham’s O2 Institute on 18th October.

In June, the London based five-piece released their critically acclaimed seventh studio album,”A Bathfull of Ecstasy” which NME described as “a celebration of life in full technicolour”. It is also their first album that has been outside produced, with Philippe Zdar of Cassius and Phoenix fame and Rodaidh McDonald – best known for his work with The XX – taking charge. Tragically Zdar lost his life two days before its release, leaving behind an album brimming with his energy and influence.

The group was formed in 1998 when Alexis Taylor and Joe Goddard, fellow students at Elliot School in Putney, started to collaborate over a shared love of R&B and dance music. After a few years of self-releasing records, they signed to Moshi Moshi in 2003 and released their debut album “Coming On Strong” in 2005. During this time they were joined by Owen Clarke, Felix Martin and Al Doyle. They signed to EMI in 2006 and released their sophomore album “The Warning” which made it into the Mercury Music Prize shortlist and with lead single ‘Over and Over’ introduced us to the world of simians with mini percussion! Five albums later and the band are once again at the forefront of electronic dance music with a host of UK summer festival appearances under their collective belts including Glastonbury, All Points East and Bluedot.

Away from the nucleus of Hot Chip, members have had success in various side-projects. Alexis Taylor has released an improv album with Jon Coxon of Spiritualized as About Group and Joe Goddard, as well as being a music producer, record label owner (Greco-Roman) and DJ in his own right also teams up with Raf Rundell as the ursine 2 Bears. Al Doyle sometimes moonlights for James Murphy’s LCD Soundsystem.

To add to their long line of quirky dance-floor singles including, ‘Ready For The Floor’ (2008), ‘One Life Stand’ (2009), ‘Flutes’ (2012) and ‘Huarache Lights’ (2015), ‘Hungry Child’ the lead track from their new album pulses with their hallmark lovelorn energy and whimsy whilst draped in sultry French electronica.

Dates for the UK leg of the World Tour are below: