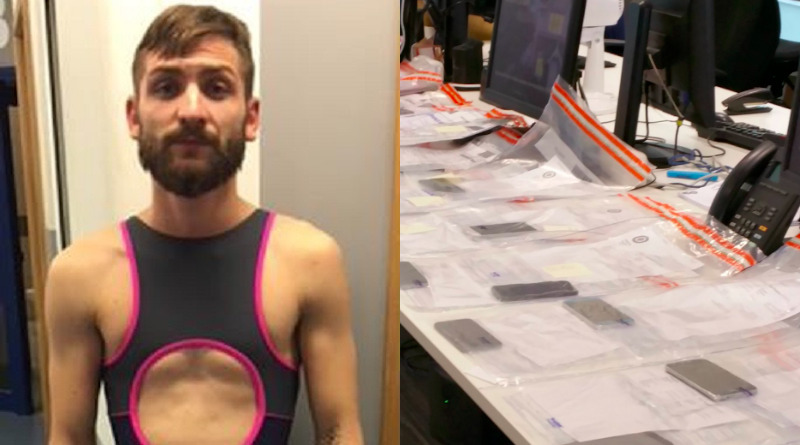 A mosh-pit thief used a swimsuit to conceal more than 50 phones he stole from fans at a recent Royal Blood gig in Birmingham.

Police say he entered the mosh pit and took advantage of being packed in so closely to fans, that he was able to dip his hand in their pockets without them noticing until after the performance.

Marin, of no fixed address, has since been jailed for three years, after admitting theft at Birmingham Crown Court on Monday (18th December).

Birmingham city centre Police Sergeant Julia Slater warned travelling thieves that you would be caught if you attempted this kind of crime in the West Midlands.

Slater said: “This was organised pickpocketing… Marin went equipped to steal phones and took advantage of revellers enjoying themselves in the standing area.

“Many of the phones were taken from front jeans pockets, which people believe is a safer place to carry valuables, but due to the jostling in the mosh pit they simply didn’t realise they’d been targeted.

“He slipped phones inside the swimsuit and effectively turned himself into a deposit box for the phones, allowing him to carry tens of phones concealed around his body.”

It isn’t the first time this kind of thing has happened at a high-profile gig in Birmingham – two men were jailed after police found the pair with 38 phones between them at a Libertines concert in the city on 27th January 2016.