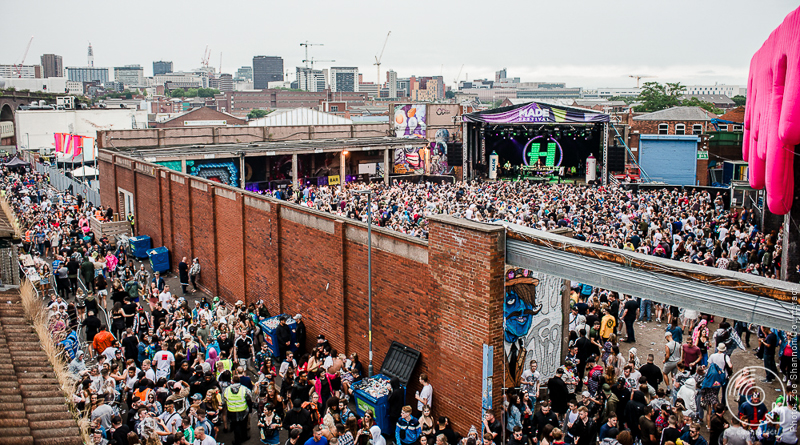 It’s a sad day for Birmingham’s club scene. Yesterday (November 28), legendary promoters and venue owners The Rainbow Venues have had their license revoked by a Birmingham City Council licensing sub-committee.

The Rainbow Venues own a large number of venues and warehouse spaces in Digbeth, of which they regularly host sell-out events. Venues they operate include The Rainbow Warehouse, Blackbox, Crane, The Rainbow Arena and they also run the highly-successful MADE Festival each year.

As expected, The Rainbow Venues will appeal the ruling, and they’ve been given 21 days to do so.

Read the statement in full below.

First and foremost, the venue’s thoughts of comfort and condolences are with the grieving family and friends for the tragic young loss of life.

From 2004 The Rainbow Venues in Birmingham has been promoting the night-time economy and night-time cultural offer. We have spearheaded the cities recent underground dance and commercial movement over 13 years ago. But it wasn’t just about dance music – we incubated some of the UK’s finest independent and creative talents, from street food to dance, to drama and live music.

We have been resurrecting redundant buildings and regenerating an area around Digbeth with creating and performing arts spaces. Showcasing new local and international talent, theatre, comedy, food and electronic music. Our aim was to make the night time economy more inclusive and accessible. It’s growth was organic and genuine: There were no outside investors; just hard work and dedication. Every penny that came in was re-invested into Birmingham helping enhance Birmingham’s night time economy and enhance our customers experience. We progressed from a small Victorian Pub to multiple, multifunctional venues.

We believe the future economic success of Birmingham is dependent on the ability to both attract and retain talent. Whilst we have several great universities in Birmingham many new graduates head straight for the bright lights of the capital. Part of our challenge to retain them should be a forward thinking interesting city that values recreation arts and culture. Closing down venues that offer so much to the city is not going to help us achieve this.

We firmly believe that our team took great care, time and passion to create a safe environment for people to enjoy our events. We had very robust policies that West Midlands Police have accepted are more stringent than any other licensed premises in the country.

As operator’s we can’t be false. The decision is wrong. We can’t pretend we agree, we can’t promise that drugs will not enter licensed premises; people go to extreme lengths to get drugs into venues, if they succeed over the border, prisons and even parliament, then they will find a way into a club. They are breaking the law. Are we?

There is a global society issue, this won’t be the last drug related death on licensed premises. We can’t lie. We didn’t lie. This will happen again and again.

There needs to be a universal, collaborative approach to the UK’s drug problem. Lets educate and not be so quick to revoke licenses that practice the correct policies.

Our time now will be spent trying to make a difference trying to encourage a sensible approach like Amsterdam, and even other councils and reasonable authorities in the UK, real talk is needed: NOT masking the problem.

As operators we refuse to work with this prehistoric attitude. This is a modern day problem. We need to wake up and work together collectively to make a difference or cost more lives.

If the responsible authorities continue to shut down venues like The Rainbow, we will be pushing these events back underground. By doing this, there are no measures in place to protect people from harm.

The Rainbow Warehouse subsidised so many start up businesses, and has kept many of our non profit venues alive.

There is unfortunately a catastrophic consequence to The Rainbow Venues pillar, The Rainbow Warehouse-losing its ability to trade. It subsided many of our spaces and provided cash flow, so we could generate new ideas and finance people we believed in. The loss of this venue will ultimately lead to the demise and financial ruin of Spotlight, Mama Roux, Cafe Colette, The Arena and Digbeth Dining Club will have to seek a new home. We will have to flush 13 years of hard work graft and dedication down the toilet.

Some of the evidence provided in the hearing wasn’t factual. There was NOT a 15 year old in The Rainbow Warehouse. We did NOT breach any of our licensing conditions.

On this basis we will be appealing.