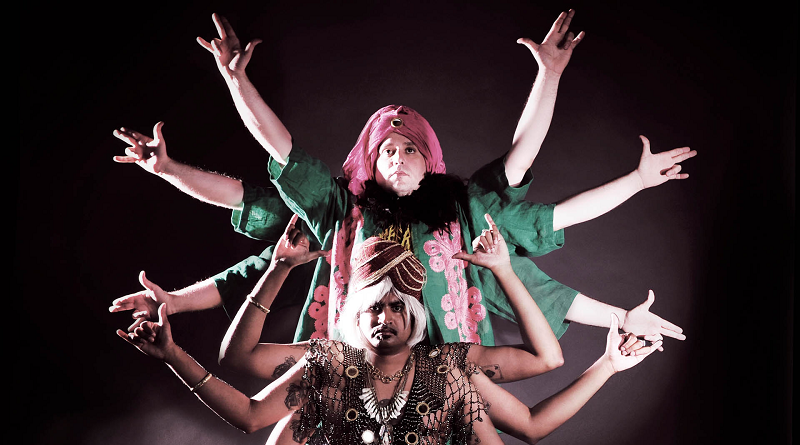 Trouble is coming to town as The King Khan & BBQ Show hit the Hare & Hounds in Kings Heath on Tuesday April 26th, playing for underground promotion gurus Killer Wave in association with the fabulous team at Lunar Festival.

Counteract caught up with Joel Webster of Killer Wave on scooping this mythical duo.

“I cannot wait to have The King Khan & BBQ show play! I’ve been a fan for so long and never thought it would happen. I was lucky enough to see them when they got back together and played London a few years ago when my PNKSLM brothers Sex Beet supported, but to have them in Birmingham is gonna be a treat.”

“Khan and Mark are really funny guys, like they are garage rock royalty. We (Lucern Raze) played with them at Burgerama last year and everyone worships them. I’m a real fanboy.”

Killer Wave have become notorious for raucous rock n roll shows of the highest order, a stamp of approval for Birmingham music lovers everywhere, mainly down to Killer Wave’s eyes and ears for both the unusual, and the exceptional, including support band, the ferocious Black Mekon.

“Killer Wave doesn’t have an ethos, I just put on the best bands I hear and hope that people come. They should do. I’ve never put a bad gig on yet,” said Joel.

The King Khan & BBQ show are a masked twosome renowned for their wild man ways who often play in their underwear or less. Dirty garage rock n roll the way it should be; this show is not to be missed.

Tickets for Hare and Hounds show are on sale here.