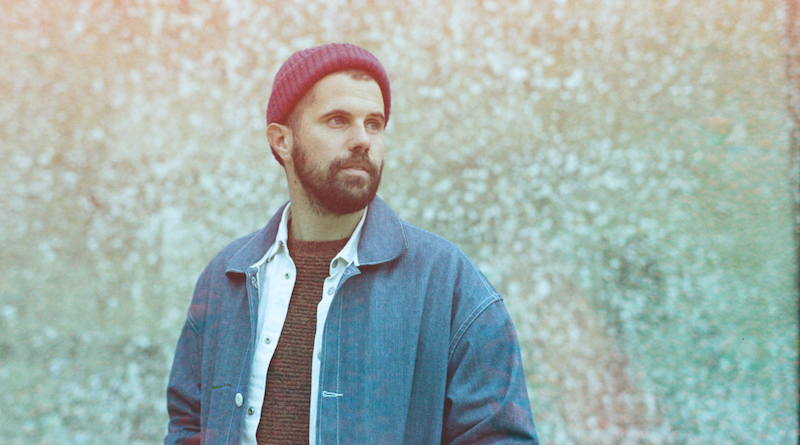 Music has many purposes in our lives. For some music is purposeful for psyching us up, for others music is there to help bring on a good cry. For fans of Nick Mulvey it seems music is there as a form of relaxation and contemplation. The London based singer songwriter strikes the perfect balance of easy chill vibes and upticks in energy. A mixture of his Cuban training and singer songwriter sensibility, Nick Mulvey creates dynamic but relaxing tunes that lulled the O2 Institute crowd into a peaceful bliss.

Trio, All We Are kicked off the night, warming up the crowd with their mixed genre tunes. After a short interlude Nick Mulvey sauntered onto the stage; dressed in all black his cool guy status was undeniable, like that next door musical hipster who you secretly want to be. Mesmerizing “Remembering” was first on the docket; a mixture of Cuban beats with dark singer songwriter tone, the song is an intoxicating mixture of juxtaposing sounds. Mulvey controls the stage with an effortlessness that is palpable, never has their been a person more born to be on such a stage. Mulvey’s ease seeps into his songs, creating that intoxicating mix that makes fans flock to his tunes. “Unconditional” and “Meet Me There” dance around the room, bringing echoing vocals into climatic swoops.

In between the songs Mulvey interacts with the crowd, joking around as he tunes his guitar. There is an obvious relationship between the crowd and Mulvey, as if their stories were instantly intertwined through the musical sameness. “We Are Never Apart,” a repetitious song that has a deeply mysterious undertone, cloaks the stage in a mysterious haunting fog. Sentimental “Imogene,” a song Mulvey wrote after seeing the first scan of his baby, breaks the hazy undertone of the previous song filling the space with a new warmth and light. The tempo picks up a bit with “In Your Hands” and crowd favorite “Cucurucu” blasting through.

The band departs and a backlit Mulvey plays “Leading Us Astray,” a personal and intimate song that quiets the crowd. The guitar has a slightly Cuban feel, the song revealing an ancient truth that stills the room. “When the Body is Gone” with its deep reverb displays the female vocals, Nick travels with a large cohort of band mates some of whom take a large role in this song. “Myela,” a song written is response to the refugee crises shows Mulvey’s political and social activist side, something that is present throughout his releases, the set ending with the alternative rock tinged “Fever to Form.” The encore brings about hits “Transform Your Game” and “Mountains to Move” drawing out the incredible night.

Nick Mulvey is a fresh voice in a diluted genre. His background of training leads him to create structurally diverse songs that seem to take on this life beyond themselves. With vulnerable resounding lyrics his music is not just beautiful but purposeful, filling in the silence for so many parts of life. At the O2 Institute Nick Mulvey entertained and wowed the crowd, wooing them in to a transcendent experience.