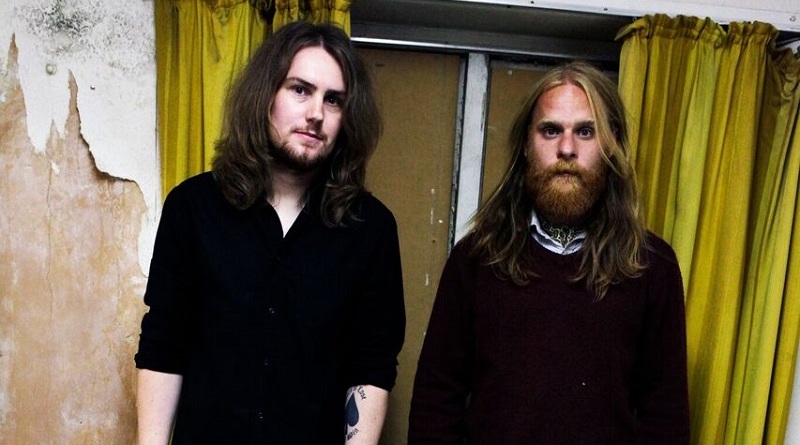 Over the last year, You Dirty Blue have been very busy. Following their 2016 release Pictures From Pages, the new Tamworth Two have racked up support slots with Starcrawler, Radio Moscow, and Wolf Alice. They’ve torn up stages as close to home as the mac (where they headlined for Impact in September) and as far flung as the fields of Glastonbury festival. This December they release Tough Crowd.

The name of the EP seems fitting, as the three songs on it have been carefully honed on the local gig circuit. ‘Sharp Left Story’ in particular will sound familiar to fans, the melodic riff calling to mind the Celtic rock of groups like Horslips, the difference here being that You Dirty Blue pull it off with just two men – Martin Reynolds on drums, and Leon James on guitar and bass organ.

The opening track ‘Nonsensical’ might be the catchiest song You Dirty Blue have penned to date. The interplay between James’ and Reynolds’ vocals (James sounding considerably more haggard) gives the track an impressive texture, while the breakdown gives Reynolds the chance to show of his impressive skills behind the kit.

‘Gallow Dancer’ was first premiered at The Hungry Ghost’s Single Launch Party at Centrala this summer, and it’s a treat to hear it make it to record. James delivers the bitter lyrics with vigour, the refrain “No I can’t please everyone/Being pulled in a million directions” sitting perfectly above the snarling guitar – guitar which, throughout the EP, is offset by the glowing warmth of the bass organ. No one else on the live circuit has a sound like this.

You can catch You Dirty Blue headlining The Castle & Falcon next Friday (24th November) as part of Singing For Supper, all in aid of the Night Shelter in Coventry. Tickets are available here. Tough Crowd will be available on 15th December via You Dirty Blue’s Bandcamp page.