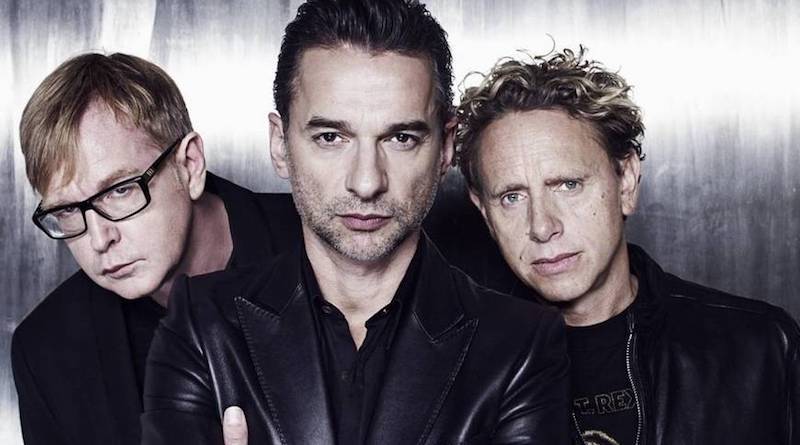 Following the release of their latest album Spirit this year, Depeche Mode graced Arena Birmingham with a night filled with unforgettable music and raw charisma.

Renowned for always considering the movement of music, Depeche Mode had the experimental Re-TROS supporting. The trio from Beijing have been producing music for a long time, but the release of their first album in eight years – Before the Applause – has prompted a rekindling of popularity.

Re-TROS (standing for Rebuilding the Rights of Statues) used to be more traditionally post-punk in the early 2000’s; their new album is an example of how allowing change can lead to something exceptional. Their music compels the listener with the constant layering of drums, keyboard and guitar, sweeping you away, meaning you don’t realise the lack of lyrics until the song has ended. Their half-hour set was over in a blink of an eye, leaving the crowd wanting more.

Dave Gahan from Depeche Mode announced the band’s arrival onto the stage with his usual flair, making the crowd immediately completely immersed. It’s rare to find a band who so easily manages to incorporate old with the new, the music blending seamlessly with Gahan’s vocals, as well as signifying change. They opened their set with songs from their newest album, Spirit, such as ‘Going Backwards’, before effortlessly sliding back in time to 1997 and ‘Barrel of a Gun’.

Songs were supported by a large black and white screen showcasing Gahan’s step-ball-change and interactions with the crowd and his fellow bandmates, or as a way in which to provide an artistic video to encapsulate the lyrics in ‘Useless’. The multi-talented group from Basildon, Essex, switched it up halfway through the set, and Martin Gore crooned ‘Insight’, with much audience participation.

Perhaps the most notable song performed from Spirit that most strongly echoes their past music and indicates their path going forward is ‘Where’s the Revolution’. As a further way to interweave the past with the future, it was initially released as the first single of the fourteenth album on the anniversary of ‘Barrel of a Gun’. Its popularity was clear when the crowds gamely echoed Gahan as he made his way through the song.

Of course, no live performance from Depeche Mode would be complete without a much demanded encore, including ‘Walking in My Shoes’ and ‘Personal Jesus’. It just goes to show that charisma and profound music is more than enough to bring Arena Birmingham to its knees.