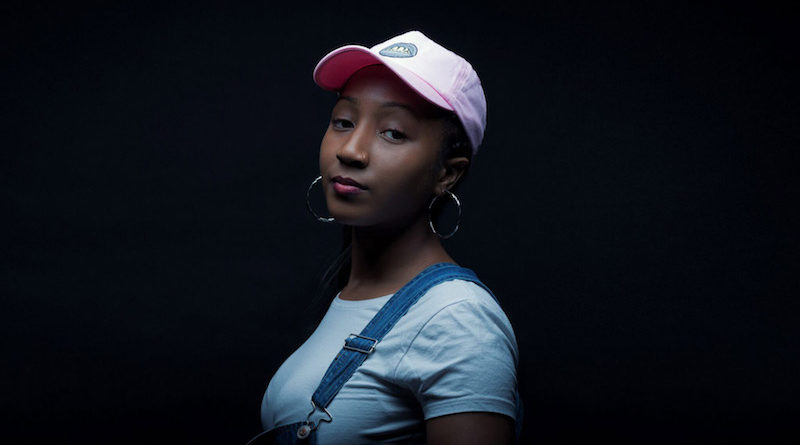 Lady Sanity’s new EP For Figures is an intoxicating mixture of emotional poignancy and powerful hits – real talk at the forefront. Kylie McCormick gives her thoughts on the Birmingham rapper’s latest release.

“Real rap is on the rise.” It is an interesting and powerful statement that comes straight from the facebook page of Birmingham rap powerhouse Lady Sanity. Three years ago Lady Sanity released a mix ape, her career continuing to grow and flourish ever since.

For Figures opens with hard-hitting “They Wont Hear a Word.” The song is an amalgamation of nostalgic tinged sonic moments and Lady Sanity’s quick spitting poetic rap. Starting with a stripped piano progression, the song escalates as Lady Sanity hits against social constructs both in the rap world as well as in the gender split structure. With instrumental breaks that include an almost eerie piano track, the song has an incredible flow and growth that aligns more with an indie genre than rap, and yet the mixture of sonic moments creates this transcendent and poignant track.

“Struck” opens with a grooving base and ambient mixture. Unlike “They Wont Hear a Word” – in which Lady Sanity slowly ramps her voiced content – “Struck” finds the rapper doubling time in her deep-set voice. There is no frill or girly tenor, rather Lady Sanity raps in this cavernous almost brooding tone that gives the song a lick of mystery and seriousness. The slow base rift noted throughout the tone mirrors this moody tone, giving the song a dark sinister vibe. “Just Us” is next up. Ella Chante joins Lady Sanity, creating a power duo that combine singing breaks and pointed rap to create an interestingly structured song. An overtone of horns and a almost broken background sound give the tune an old school nostalgic feel.

“Role Models” strips away the sonic distortions from the previous tunes and presents itself as an expose on the struggles of being a modern artist. Lady Sanity asks “what do you want me to be?” questioning if she needs to lower her character in order to fit a certain mould. She later laments that “the market is misleading” and “everyone is competition” no doubt a clear struggle that comes with being an artist in a fairly contrived market. While the content is biting and pointed, the sonic additives increase the tension and building struggle for the artist. In an age of combative tunes that mix strong beats with quick paced raps, “Role Models” follows suit with a stand out for the EP. “Go The Distance” rounds out the release. Unlike its predecessor, “Go The Distance” offers an almost slow and silent intro, slowly building backboned by Lady Sanity’s verses. The song has this elusive sadness, while the rap content remains hard hitting the tone of the song is a bit slower that gives the song this emotional eeriness. The song becomes a beautiful representation of the struggle and ride artists take.

Birmingham’s own Lady Sanity delivers an emotionally charged time shifting EP with For Figures. The artist’s ability to balance witty perspective shifting lyrics with a myriad of different sonic moments allows for the EP to take on a life of its own, with sounds shifting and moving in a way that is unparallel in the rap genre. From expressive pulls to powerful punches Lady Sanity’s For Figures is an EP to add to your list.

Lady Sanity celebrates the release of her For Figures EP with a launch show at Suki10c on Friday 1st December. Tickets are available here. You can also purchase For Figures here, via Apple Music.