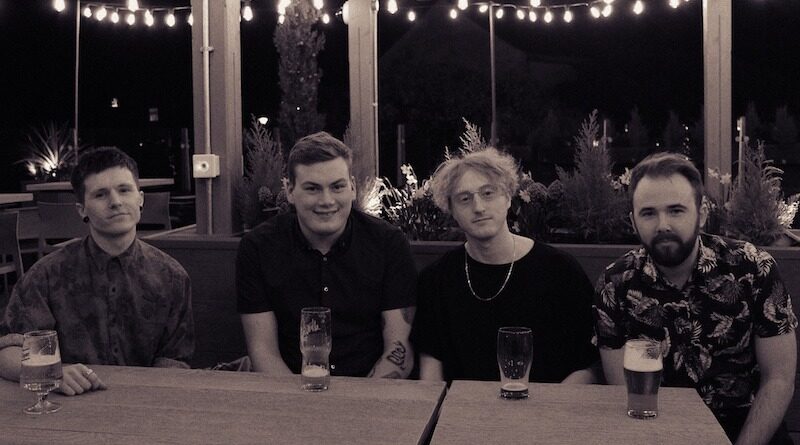 Dom, Ciaran, Lewis, Ethan. The names of four Redditch-based lads who make up The Jewellers and four names you might be hearing a lot more of in the very near future.

The self-proclaimed indie-rockers were set to get gigging, supporting a number of shows in their local haunts as well as some of the venues in Birmingham known to be catalysts for the city’s emerging talent, including The Sunflower Lounge and The O2 Institute, but a little thing called Coronavirus (you might have heard of it?) had a different idea. Luckily though, it hasn’t stopped the foursome getting their work out into the world.

Already, with only two songs released, their work has been picked up by local and national BBC radio stations, so they’re ones to get on your list (before everyone else does). Their first release ‘Million Times’ is packed full of catchy riffs, belting vocals and an air-guitar worthy guitar solo, something that can also be found in their more summery, The 1975-eqsue ‘Failing Upwards’. Kicking off with riffs synonymous with the indie stars of the noughties that flow throughout, this track is perfect for any summer playlist. Both tunes are easy to listen to and will have you humming along to them a long time after they’ve ended.

Show your support for The Jewellers by getting your ears around their jams below, on Spotify, iTunes, YouTube and Amazon Music – however you like to listen – and start spreading the word about, what is set to be, a pretty sterling band from the West Midlands.