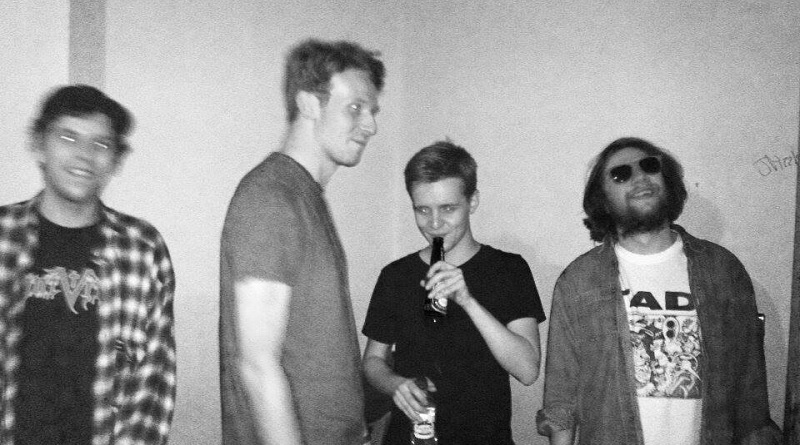 Arnold Chiari Malformation isn’t a well-known condition, but for those who live with it, it’s completely debilitating. For sufferers it means that the cerebellar tonsils in their brain are too big for their skull, and so drop through into their spinal canal. It’s a rare and painful condition, but it can be treated. Raising money for one young woman to receive that treatment, bands and fans gathered at The Sunflower Lounge to show their support and spare their donations.

The opening band might’ve had people singing along to their words, they might’ve even started a miniature mosh pit, but they never once revealed their name. “Hello everyone, we’re special guests,” the group introduced with a sly grin, powering on with their debut set. Four songs long, their first performance acted as a firm statement of intent for the wonders that will no doubt follow.

The Kontours wasted no time letting people know who they were. Fresh from support slots with The Enemy, The Subways and Cage The Elephant, the duo’s infectious rock and roll proved to be a solid draw. Abundant in catchy hooks and smooth choruses, the band played their songs with all the sheer and gloss of musicians in their tightly-refined element.

Making their second performance, Luno held the crowd in their hands from the start. Chants of their name echoed across the venue between the quartet’s surging refrained. Echoingly gloomy yet still resplendent, Luno might be newcomers to the game but with their driving rhythms and tidal waves of guitars, they’ve already perfected their art.

Headlining the night, Swerve were on top form. The city’s most humble popular rock band took to the stage armed with swirling riffs, shimmering chorus hooks, and between song pleasantries a-plenty. All out rock poses and behind-the-head guitar solos make the Swerve quite spectacular to watch. Backing up their antics with a collection of neatly polished anthems, they drew the night to a close in the distinctive, drawn-out fashion that’s already placed them in many a favour.

With great bands and a valuable cause, The Sunflower Lounge was flooded with goodwill. Raising £240 towards Jamie-Eloise King’s surgery, the night may have been small, but there wasn’t a soul who wouldn’t call it worthwhile. For further details on Jamie’s Chiari story, and to make a donation, visit her fundraising page, here.