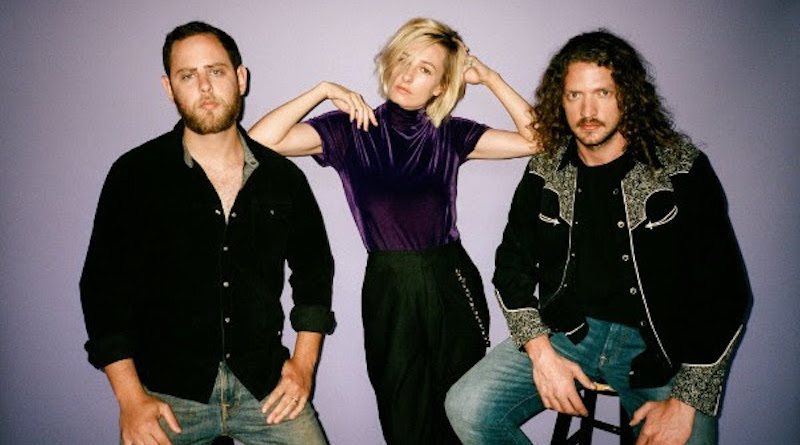 Boston alt-rock three-piece Slothrust brought their modern take on grunge to a sold out Sunflower Lounge in Birmingham on the 26th of January, the last date of their first headline UK tour.

Slothrust are in Brum to promote their latest album, The Pact, their fourth in their nine years of existence. Drawing upon an eclectic range of influences, their music combines a grunge vibe with inspiration from less expected genres, such as jazz and blues. It will be interesting, then, to see how it translates in a live setting.

It becomes immediately apparent that the biggest thing sets Slothrust’s live show apart from their album material is the fact that it’s heavier, making their punk influences more readily apparent. For the most part, this is a positive, although frontwoman Leah Wellbaum’s vocals are sometimes drowned out as a result, meaning her songwriting doesn’t get the full attention it deserves. For seasoned fans, this isn’t such a problem, but for those who are new to Slothrust, it’s a shame to miss out on one of the most distinctive attractions of the band  — their thought-provoking lyrics.

That qualm aside, the heavier moments of the gig are the best. For Slothrust, ‘heavy’ doesn’t just mean ‘Mudhoney-esque’, as you might expect from a modern grunge band (although such a vibe is certainly apparent in the sludginess of many of the tracks). Versatile as ever, at one point the band veer into doom metal territory when they play an outstanding cover of Black Sabbath’s “Electric Funeral” — not only a great performance in itself, but an impressive display of flexible musicianship. Not many bands combine a cover of a heavy metal classic, energetic grunge pop anthems (“Double Down”; “Planetarium”), and stripped back ballads (“Horsehoe Crab”) in one set, never mind carry it off, but Slothrust make it seem natural.

Indeed, it’s difficult to think of another band that sound quite like Slothrust: they combine the grungy melodies of Nirvana’s Nevermind days, the playfulness of riot grrrl, and the jazz-influenced, introspective songwriting of Fiona Apple. It is this uniqueness that is their real selling point.

Yet in spite of their evident talent, there’s something oddly restrained about the band’s performance tonight. As the lead singer of the band, frontwoman Wellbaum is naturally the focal point of the gig, but for the first few songs she does little to engage with the audience, not making many comments between songs and even avoiding eye contact.

However, she warms up to the crowd considerably after the band’s well-received Black Sabbath cover, suggesting that her apparent shyness is more to do with confidence than anything else.

At another point in the set, Wellbaum remarks that she isn’t a big fan of the song they’re about to play. But in fact, the song is great. Slothrust can deliver: they would do well to stop self deprecating.