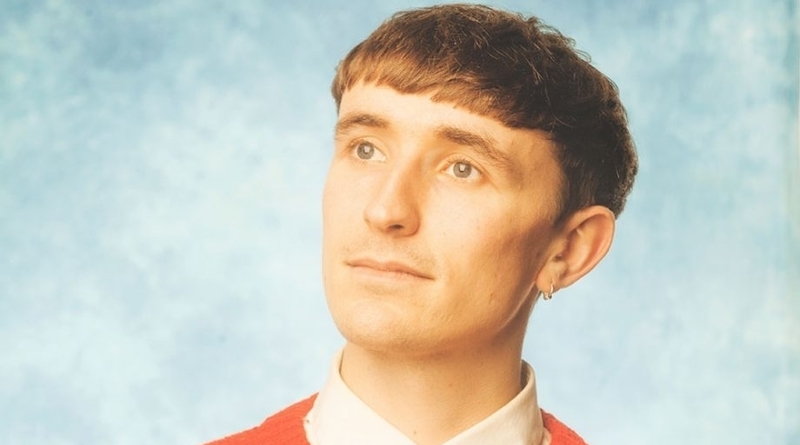 Hailing from the sunny south of England, Ross From Friends took to the stage at the Hare & Hounds on Thursday 11th October to deliver a vast array of hypnotic, moreish beats to a sold-out crowd.

A pair of local DJs warm up the room with a base coat of delicious synth and bass as ticket-holders gradually fill the room. Early arrivals that clung to the edges of the room drift into the middle, and a restless and youthful atmosphere firmly grabs everyone’s attention. While some are still settling into the atmosphere, others are swaying and nodding along before there’s any sign of the main act.

A while later, the murky Macbook screensaver that had occupied the wallspace is disturbed and a symbol from Ross From Friends’ album and tour artwork is revealed. Three figures then walk onto stage and the crowd fully comes to life. Ross takes centre stage, while one picks up a guitar and the other equips a saxophone. The symbol on the walls then comes to life in the form of an album themed animation: purplish alien objects floating ominously on a yellow backdrop. A lo-fi synth buzzing whirs into the room, along with subtle guitar work that warmly blends into the mix.

Despite releasing 5 EPs since 2015, it’s clear that tonight was part of a celebration for his debut album Family Portrait. Tracks such as ‘Wear Me Down’ and ‘Thank God I’m A Lizard’ bring bustling beats, funky bass, and haunting vocal samples into the fold. An emotional and almost nostalgic mood fills the air, and the crowd can’t help but groove along, in awe of the mixture of synthetic and organic sounds on display.

One of the many highlights of the night comes in the form of the track ‘Project Cybersyn’ which amps up the BPM and causes the atmosphere in the room to delve even deeper into its techno dance trance. Muffled high pitched synths remain under the surface of the bass, whilst still providing the main melody for the track. As these higher notes swell, live saxophone is played alongside to pack one hell of a punch.

After around an hour of playing, the beats and animation wind down to a close and the night comes to a somewhat abrupt end. Whilst the crowd clearly want more from the Ross From Friends’ arsenal, it’s a move that ensures everyone will be on the look out for the next time he’s back in Birmingham.

Overall, an incredible display of up and coming UK talent. With music this unique and danceable in venues like the Hare & Hounds, it truly feels like a perfect time to be a part of the UK techno and dance music scene.