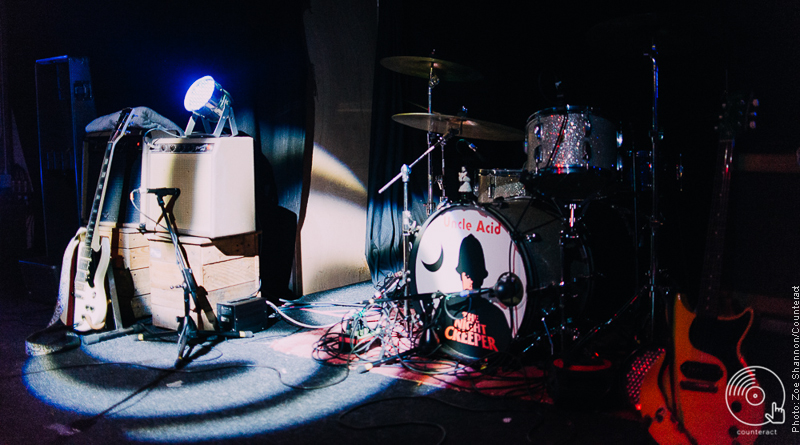 With the venue being full from the beginning of the evening, the crowd waited with anticipation for the support band, Vodun to begin.  Having previously been described by MOJO magazine as, ‘Aretha fronting Royal Blood after imbibing ayahuasca’, an edgy and vibrant performance from these guys was expected and they did not fail to deliver. 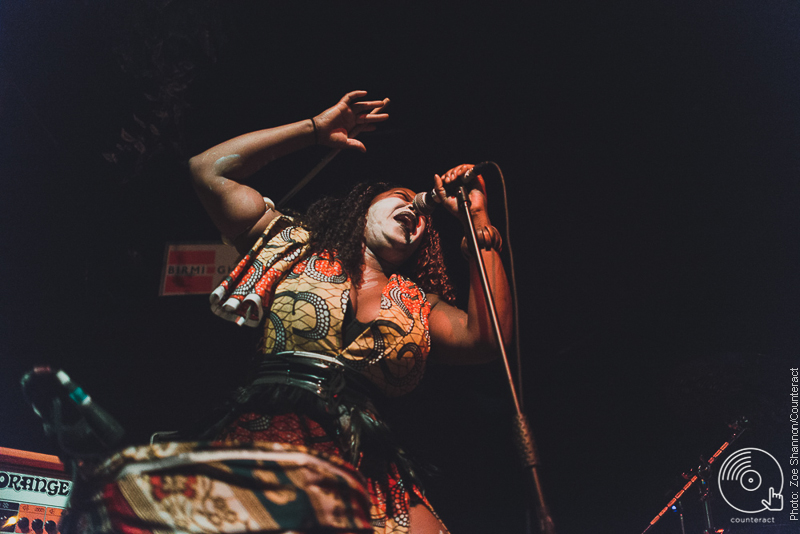 Taking to the stage wearing outfits resembling Goat meets Lord of the Flies and covered in an array of tribal warrior meets voodoo ritual warpaint, the band wasted no time in beginning their set with a collection of songs from their debut album, Possession. With a primal and eclectic mix of heavy rock, psych, soul and afro/tribal beats, female drummer, Ogoun, hit harder than most males playing the same instrument, Oya’s gutsy vocals soared throughout the venue and guitarist, The Marassa, played almighty riffs via a variety of effects pedals. Needless to say, the band gave it there all, the crowd loved it and the stomping London trio set the standard pretty high for the headliners  that followed. 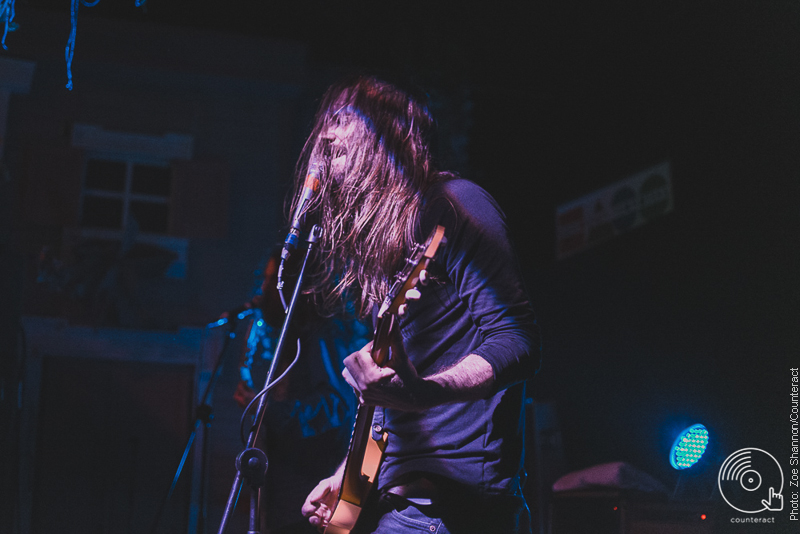 Uncle Acid and the Deadbeats

After a longer than expected changeover between bands, the crowd looked to be getting restless and impatient when Uncle Acid and the Deadbeats finally took to the stage. Having supported the likes of Black Sabbath and being part of numerous tours both internationally and in the UK, the Cambridge quartet have earned themselves somewhat of a cult following in recent years with their dark and sinister style of vintage heavy psychedelic rock, influenced by Giallo directors and the pulp horror films of the 60s and 70s. Their music has a grimy distortion to it echoing the static fuzz of old television sets and white noise, no doubt aided by the bands preference for using vintage equipment all strung together with Kevin R. Starr’s film noir lyrical content of evil deeds, seedy underworlds and obsessive thoughts. Without a word, the band, back lit by moody blue lighting, powered through ‘Mt. Abraxas’ and The Night Creeper hypnotic doom groove album opener, ‘Waiting for Blood’, before acknowledging the crowd with, ‘Alright Birmingham, how the fucking hell are you?’. 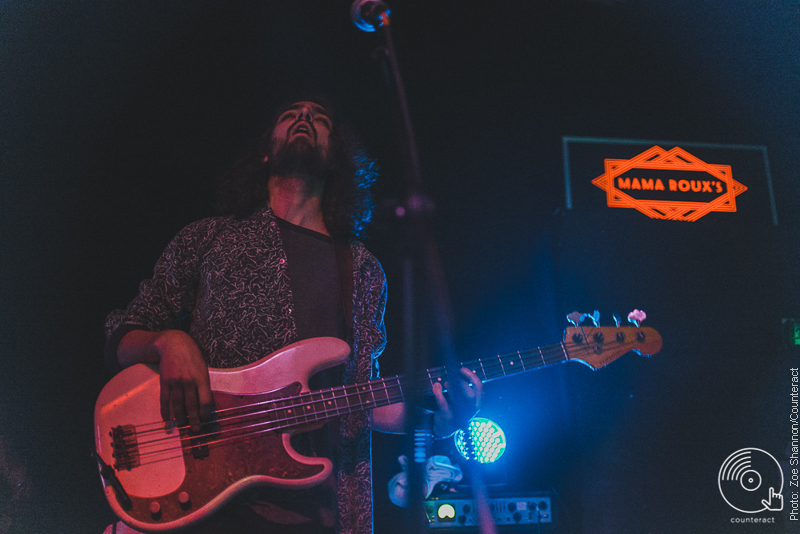 Uncle Acid and the Deadbeats

It is clear that this band have a musical dynamic which plays heavily on the influence of 70s Sabbath-esque hard rock riffs and they are capable of doing this well, although throughout their set the band appear to be churning through the same motions for each track resulting in a lot of their songs sounding predictably similar to the last with not much variation. Despite this, there were moments of standout greatness with songs such as the Jack the Ripper infused, ‘Melody Lane’, evidencing the band breaking out of the comfortable structure that they have maintained and injecting a sense of urgency into their set, along with the inclusion of the noticeably upbeat tempo of, ‘Dead Eyes of London’, from their 2010 debut release, Volume 1. The band’s set consisted of 9 songs before they left the stage and returned to do a 3 song encore shortly after. Although the energy level peaked during the main set, the band never managed to raise it up another notch to give us the blistering grand finale that we were all hoping for. Ending their set on the eerie, slow doom grind of ‘Withered Hand of Evil’, did not give the climatic ending that we were expecting, albeit, with their music relying greatly on the vocal tales of devilish and sinful behaviour, the creepy build up and macabre atmosphere that this song created meant the choice of ending could not have been more appropriate.