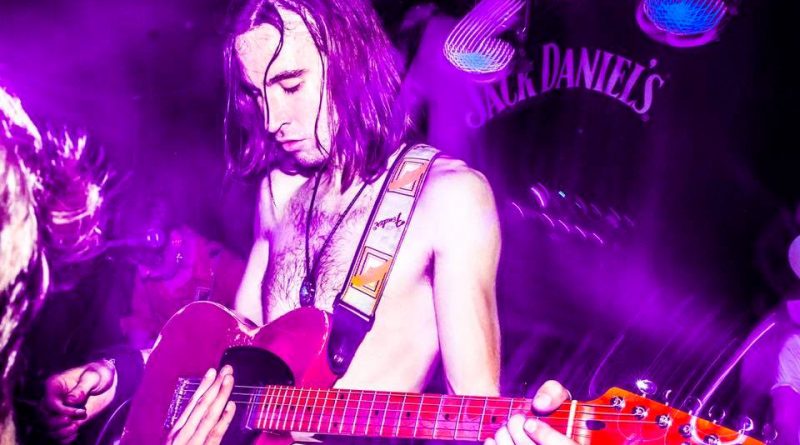 On Friday 17th March, West Midlands based The Americas headed down to their sold out show at The Sunflower Lounge as part of a This Feeling event in honour of launching their new single ‘Hot Minute’. The Americas, formed in 2015, are on their way to being ones to watch within the Birmingham scene and have also just completed a line of shows across the UK, including Cardiff, London and Liverpool. They’ve also had some recent support from BBC Introducing WM and a feature on Fred Perry’s Subculture.

Birmingham’s own Ivory Wave were The Americas’ only support act of the evening. I instantly picked up vibes of The Stone Roses and Happy Mondays with a noticeable Gallagher-esque twang in the front man’s vocals. Each of their songs contained the kind of catchy riffs and repetitive lyrics that will instantly hook you; the snappy repeated ‘Ooh la’ in the chorus of ‘Club’ is still stuck in my head.

The Americas wasted no time with warming up as they jumped straight into their classic 70s rock sounding hits. Despite the 70s feel, front-man Harry adds a slight 80s vibe to the band with his vocals. As expected, a crowd of eager fans dominated the floor at the front as the band caused a stir with their high-energy set, barely stopping for a breather. Traces of The Hives could be recognized with the same kind of non-stop urgency and oozing with confidence with the aroma of inevitable chaos about to unfold. It’s obvious these guys know what they’re doing in terms of how to work up their audiences and are evidently capable of writing material that is almost guaranteed to get you going.

The band’s set consisted of typically playful yet dynamic sounding tracks such as their newest release ‘Hot Minute’. Despite their high-spirited, chirpy sound, they still seemed to entail an effortless cool edge about them with their catchy sharp and swinging riffs and naturally laid back presence.