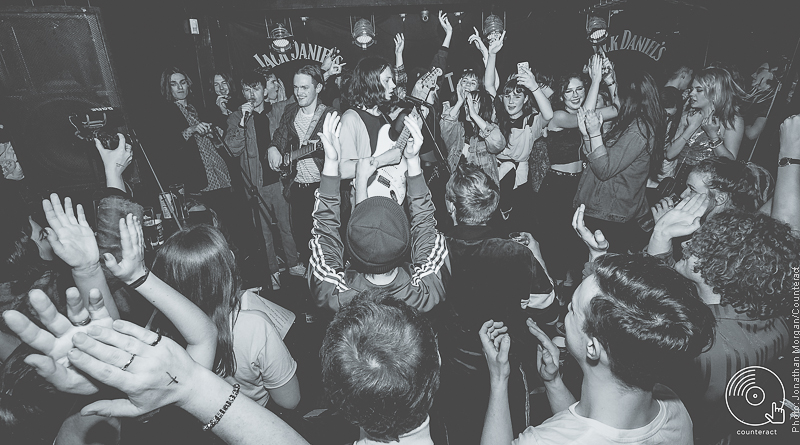 Local indie rock band Sugarthief create multifaceted rambunctious music, music with an edge. In the cocoon of The Sunflower Lounge the band blossomed, creating vivid electricity that elevated their music to new heights. 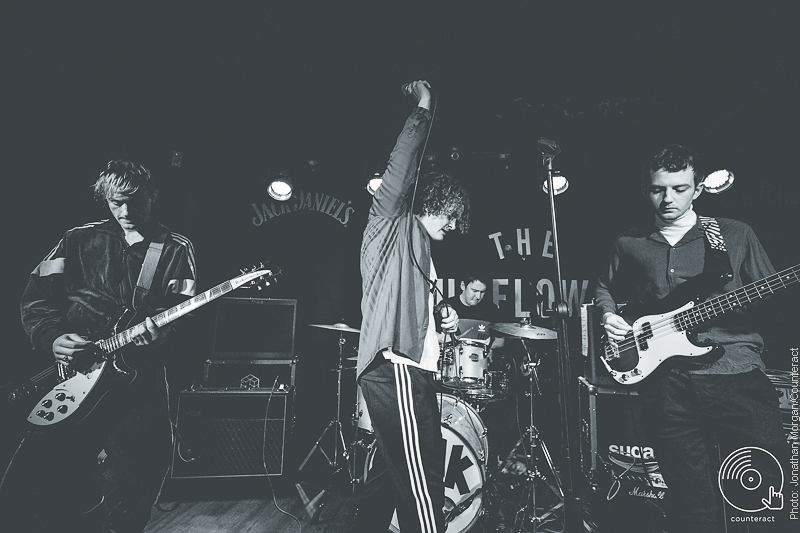 Basement rock band The Assist opened the night. The rowdy punk influenced sound with its uptempo smashing and often hip hop influenced undertones warmed up the crowd, creating a mixture of hysteria and moshing. With a handful of clear fans in the audience each song escalated, becoming more verbose with each new wave of sound. If you need a hype band, The Assist are clearly the people you need.

The crowd during The Assist

Dreamy indie pop punk Drip Gloss brought a different flavour to the stage. Mixing in electric drums with spacey instrumentals, the band’s sound transcends any sort of genre bounds or ideas. Their front woman, with glowing eyes and glittery face, adds to the ambiance and the mystical power of the show. With steady beats and a nice flow, Drip Gloss bring a euphoric edge to the rowdy energy of before. 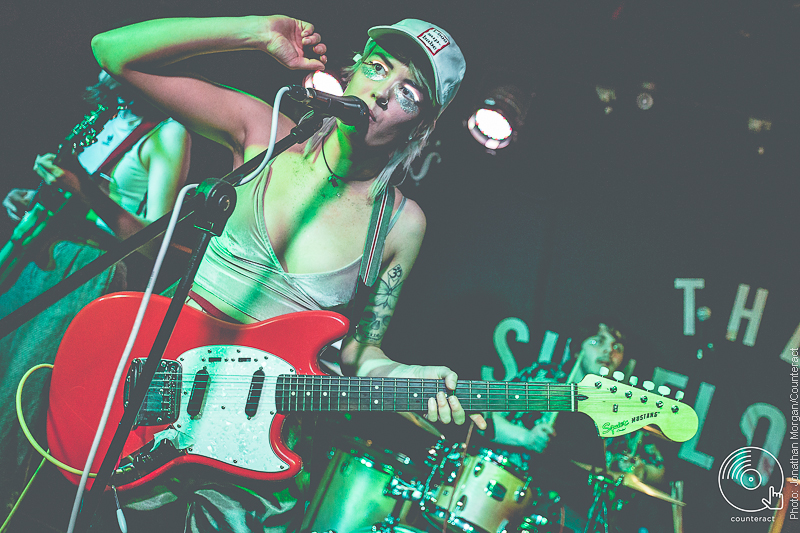 After a short respite the crowd trickles in, filling the room. Nonchalantly and without any fervor, four piece Sugarthief saunter onto the stage. The band have slowly come into their mainstream purview, with support dates for bands like The Night Café and The Twang alongside festival lineups including Y Not and Birmingham’s Beyond the Tracks, Sugarthief are slowly making their way towards Brummie household name status. The band bring forth this eclectic mixture of sound that is at both time nostalgic and progressive, 70s rock mixed with new age sonics, a sound that was on full display at The Sunflower Lounge. 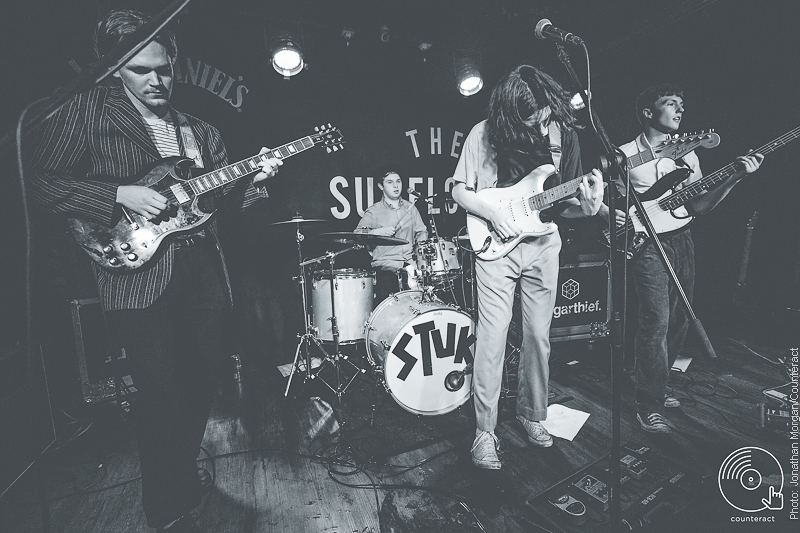 Opening with an onslaught of clashing sound, Sugarthief are a blast of sonic perfection. Breaking the rambunctious rock with instrumental stillness, the songs were mesmerising, stealing each breath. With songs like ‘New Ends’ and ‘Crowning Youth’ intertwined with a handful of others, the band tepidly pass between pure rock and an indie vibe that has come to typify their sound. 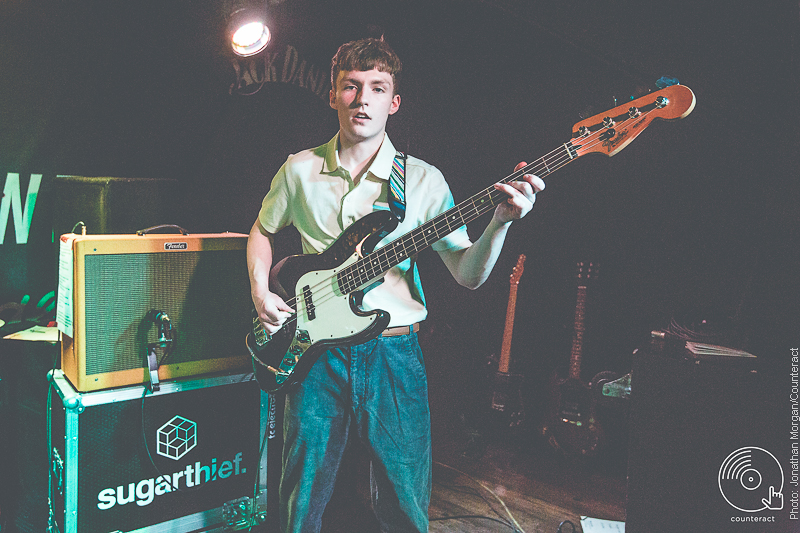 While young in age, their sound is mature and nostalgic; a touch of indie rock perfection that is captured so beautifully in the Lounge. 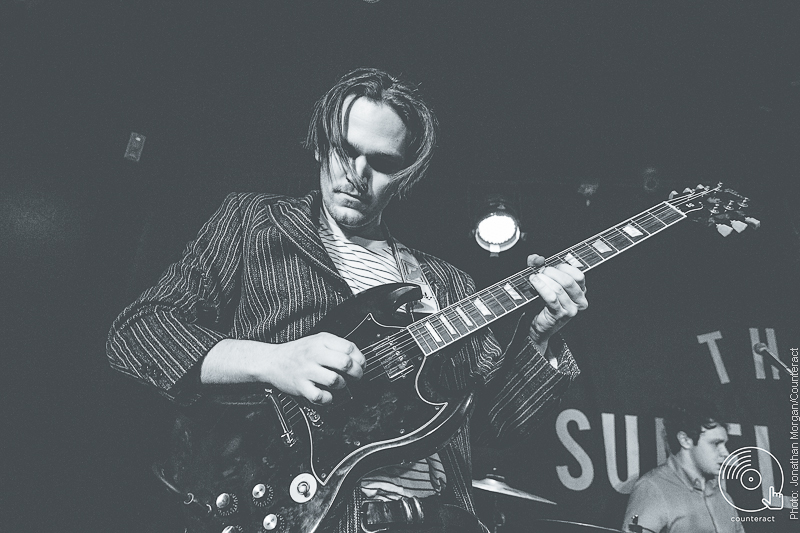 A cover of ‘Lucy In the Sky with Diamonds’ is of course welcomed lovingly. While the song is obviously not of the band’s creation, its sound and lyrical depth seamlessly collide with the set. Up-tempo bangers like ‘When Did it All Go So Wrong’ and a handful of others closed the set. The frivolity of youth combined with the pure elongated indie rock sounds created a frenzy. The crowd went berserk ending up onstage in the climax of the finale. 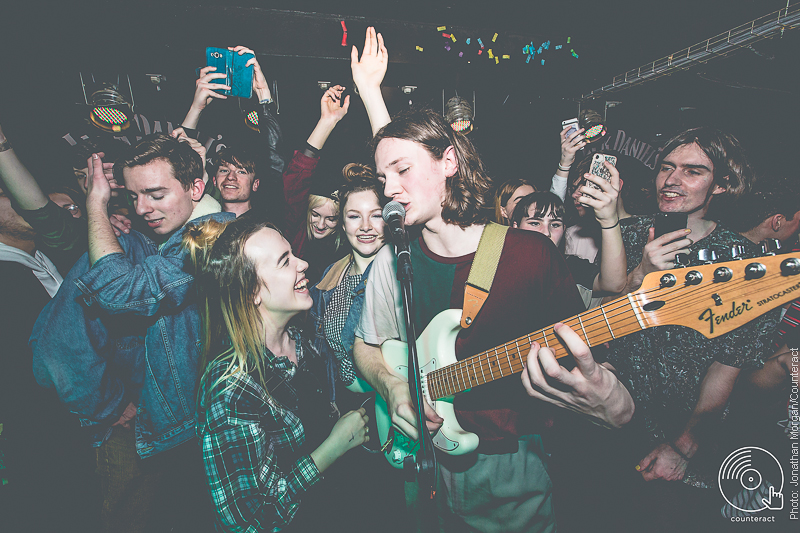 Surgarthief have done the impossible, perfectly capturing the strange elixir of youth culture in poignantly crafted songs. At both times frivolous and serious, steady and chaotic, their music is indie rock crafted in a sophisticated and slacker way. At the Sunflower Lounge the band displayed why they continue to rise, wooing fans into a steady rage of ecstasy. 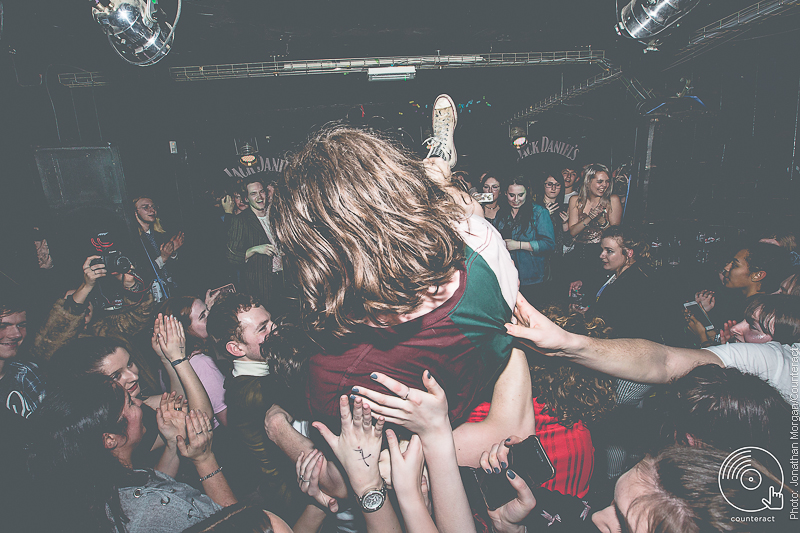