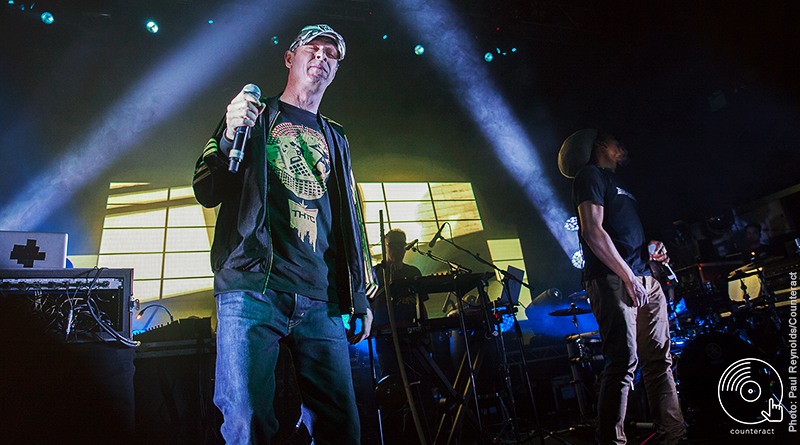 When Leftfield released their debut album Leftism back in 1995, alongside fellow electro luminaries The Chemical Brothers, they offered a dance music alternative to the Britpop dominated scene. It was an album that has stood on its own for 22 years, simultaneously managing to soak up the influences of its past whilst laying down a template for the future. It might be too far to say that dance music experienced a paradigm shift when Leftism arrived but it certainly changed the rule book. 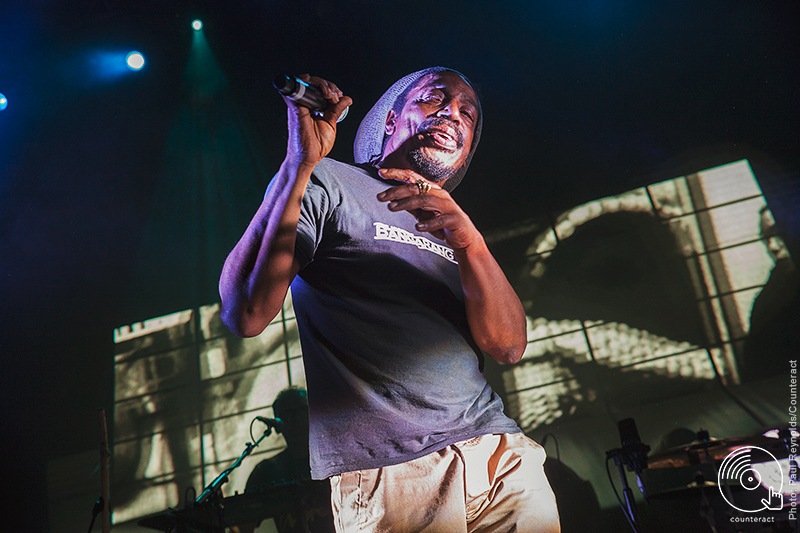 With the room abuzz with anticipation, the person near the front wearing a bowler hat with a light bulb on top, stands out like a Magritte painting come to life, capturing the 90s club spirit of the majority forty-something crowd. Images flash up on screen like static interference as a bass line vibrates through the floor like an alien landing. As original collaborator Earl Sixteen raps his way through the album’s opener ‘Release The Pressure’, backed by Birmingham’s own Cheshire Cat, images of quicksilver flow behind as if seconds away from coalescing to form a Terminator. 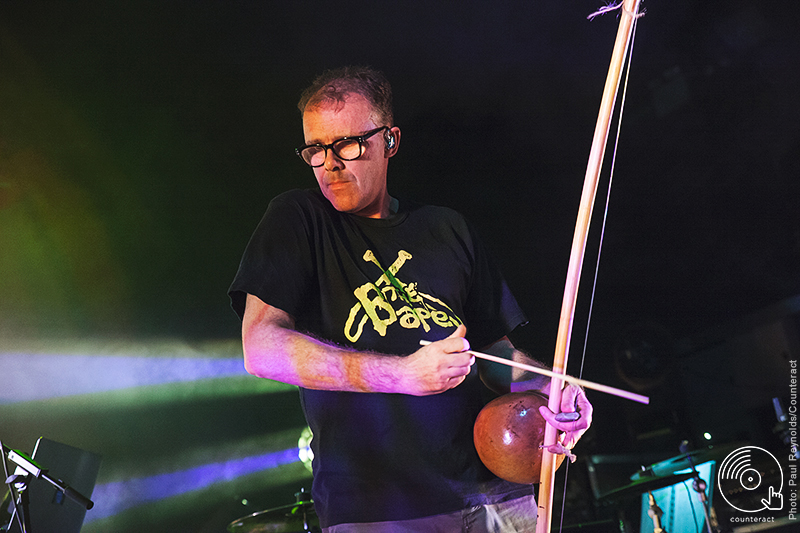 Another of the original artists Djum Djum appears for ‘Afro Left’ with Neil Barnes leaving his bank of keyboards and synths to pick up the single stringed marimba that defines the track and is indicative of the African and tribal influences of the album. On screen, wild dogs run through the moon as Djum Djum’s indeterminate vocals are overlaid with Barnes’ filtered robotic voice. The singer moves to the front of the stage and starts playing a theremin, which though not featured on the original track, is a perfect product of this live experience. The sci-fi bliss of ‘Melt’ with it’s vigorous drumming, morphs into ‘Song Of Life’, one of the album’s highlights. The thunderous bass boom of the track’s intro is textured with Barnes’ playing of what sounds like a kazoo, creating a carnivalesque melee of noise before the song explodes into the recognizable dance floor epic. As the Leftism logo flies out from the screen, the drumming combined with the bass and synths propels us through hyper-drive. 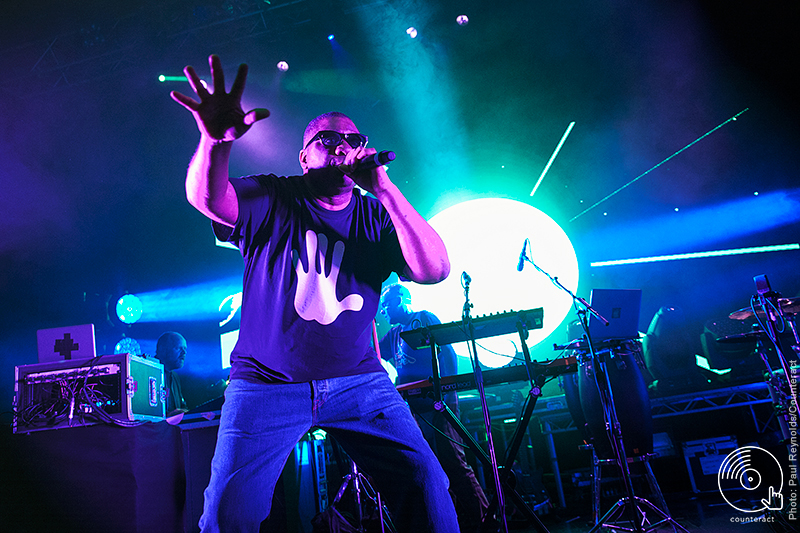 With feet firmly back on terra firma ‘Original’ is both sultry and sneering, locked in the digital age and appealing to Riot grrl just as much as Cyberpunk. One of the biggest crowd reactions of the night comes with ‘Space Shanty’,  that hits like a club floor banger before Danny Red brings the reggae roots on ‘Inspection (Check One)’. The most celebrated collaboration on the original album came with punk’s very own John Lydon on ‘Open Up’. Though it is hope against hope to think that he would be here tonight, he flashes up on screen like a hijacked transmission still with the power to incite a riot. When ‘Burn Hollywood burn’ is spat out by the crowd it is like a call to arms – a highlight of the album and of the night. It is left to Lemn Sissay to recite ’20th Century Poem’, pulling and stretching the air in time with the tempo of the track as if molding the ether around us. 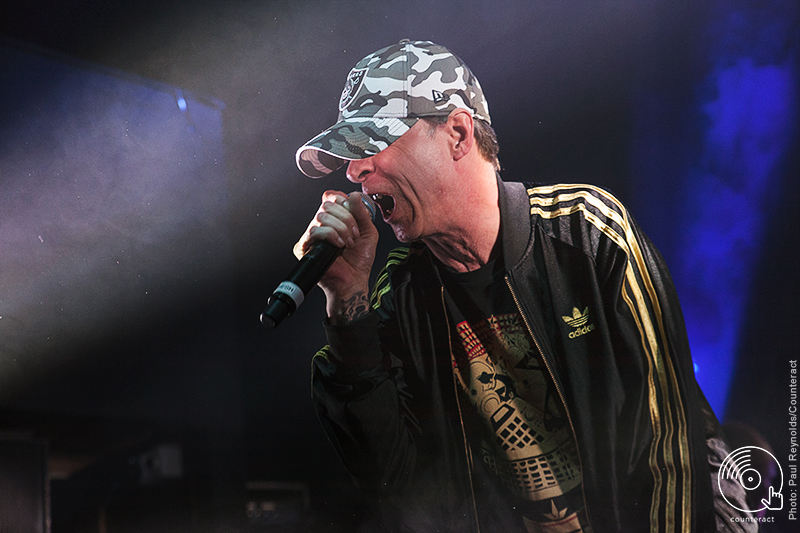 What tonight proves is that not only was Leftism a pioneering electronic album, both cohesive and experimental, but that it was/is, an album that speaks to many different tribes in many different voices, relevant now as it was back when it all began.