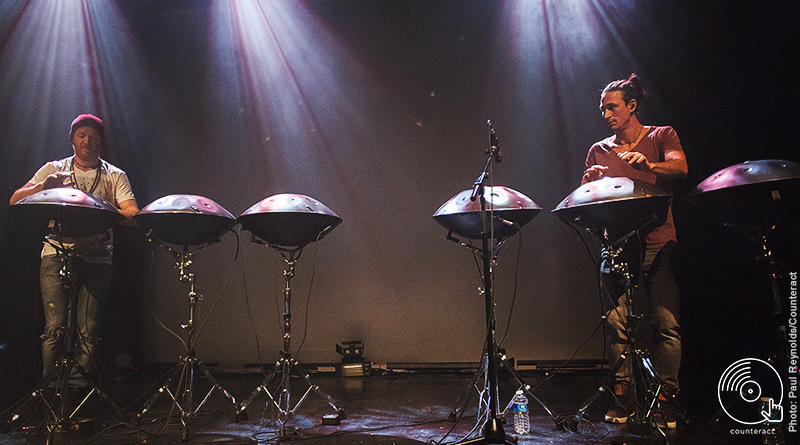 “Calcifying on the beaches of Goa, from dusty villages and out from the wilderness, I present to you, Hang Massive!” 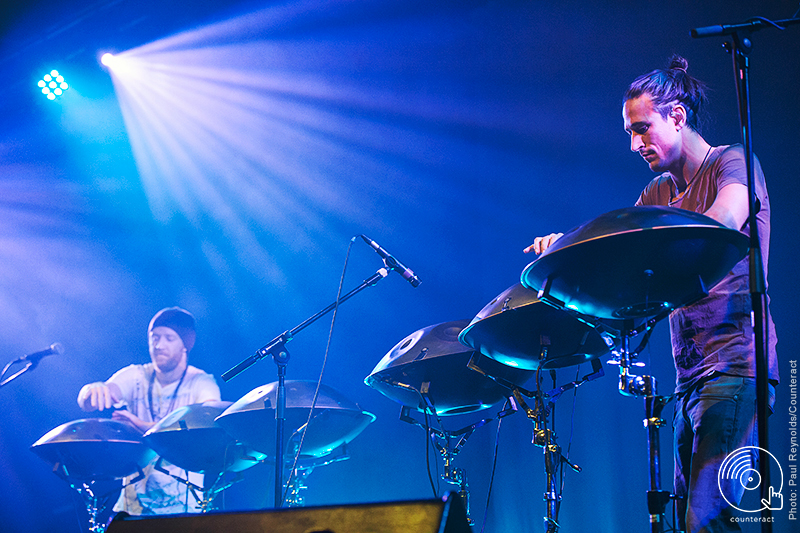 You may know them from their viral music video ‘Once Again’ – Hang Massive are amongst the world’s most talented hang players. It’s easy to understand the fascination with this bizarre, UFO-shaped steel drum. The instrument was dreamt up by engineers Felix Rohner and Sabina Schärer in Switzerland during the early 2000’s. Hang have since been popularised especially amongst travellers, yogis and mediators who appreciate the trace-inducing music produced. The hang has appeared in many different contemporary genres of music. A myriad of artists including Four Tet and Bonobo have sampled its gong-like melodies. 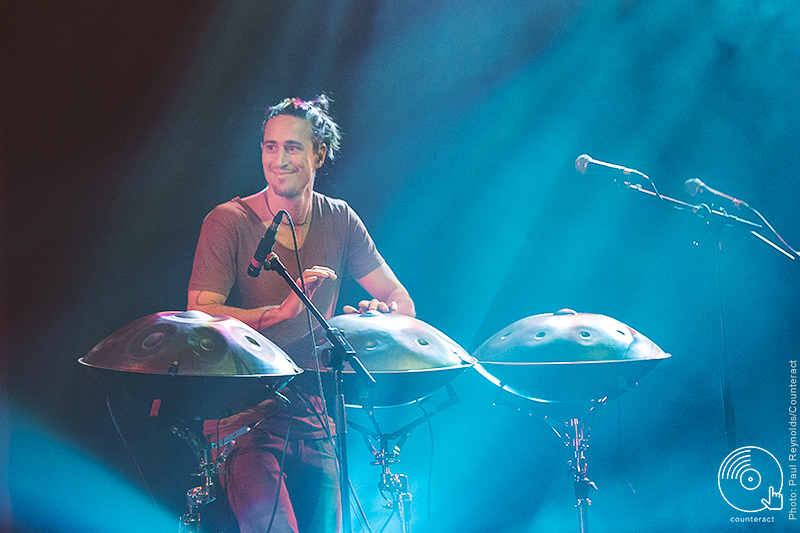 The audience – in attentive silence – were captured  by the rhythmic seductions of the two men and six hang. Patrons were mostly seated or cross legged on the floor, providing an apt ragtag, festival ambience. The melodic act was complimented by a shy and modest introduction:”You could have done anything with your evening, and you’ve chosen to spend it with us. That’s very heartwarming and we appreciate it.” Indeed for Danny Cudd playing Birmingham was a homecoming experience. The drummer revealed that he’s from Bromsgrove, and spent formative years with his very first hang busking outside the Tesco on New Street. A definitive highlight was the excellently named track ‘Here Comes the Badger’, which weaved steady rhythms and a flurry of ringing notes.

Vocalist Victoria Grebez joined for the second half, bringing a change in tempo accompanied by a few whoops and “yeah!”‘s from members of the audience. She began with her original song “Fall To Earth”, combing intense, high energy beats with a soft, gospel voice. 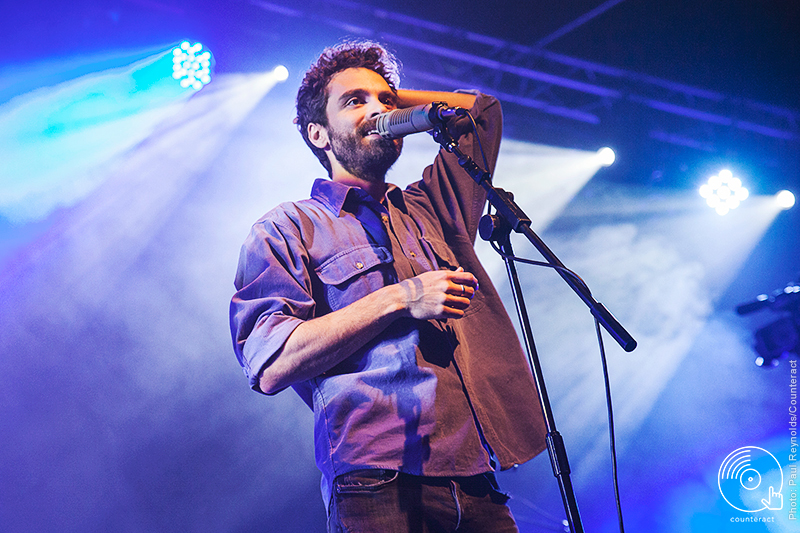