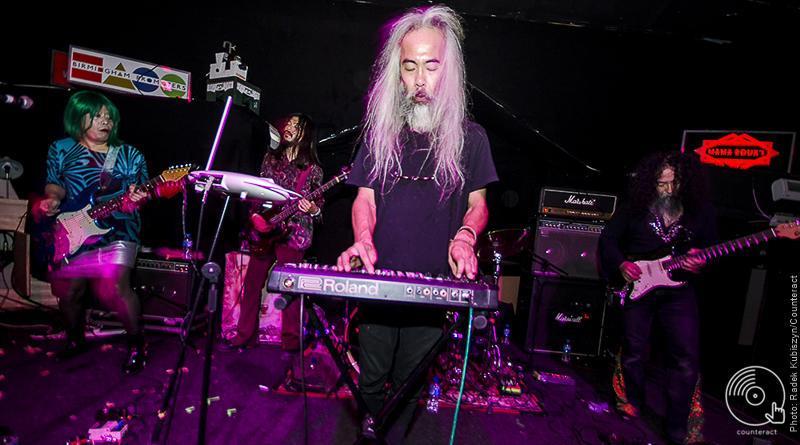 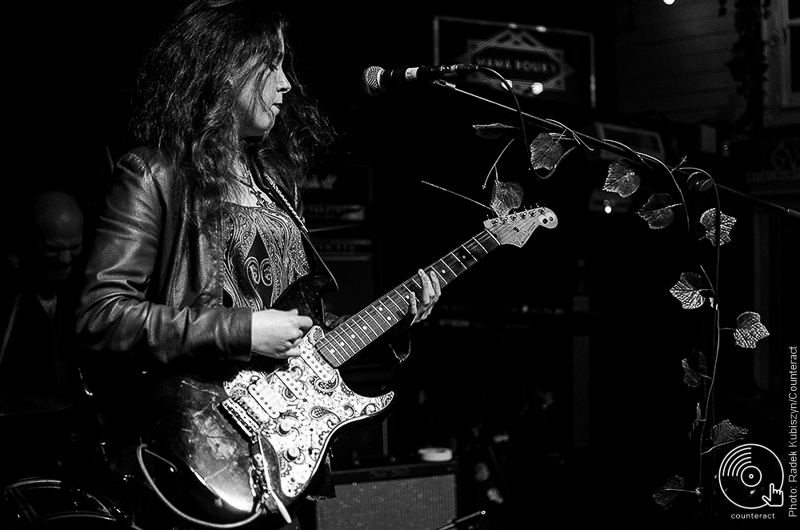 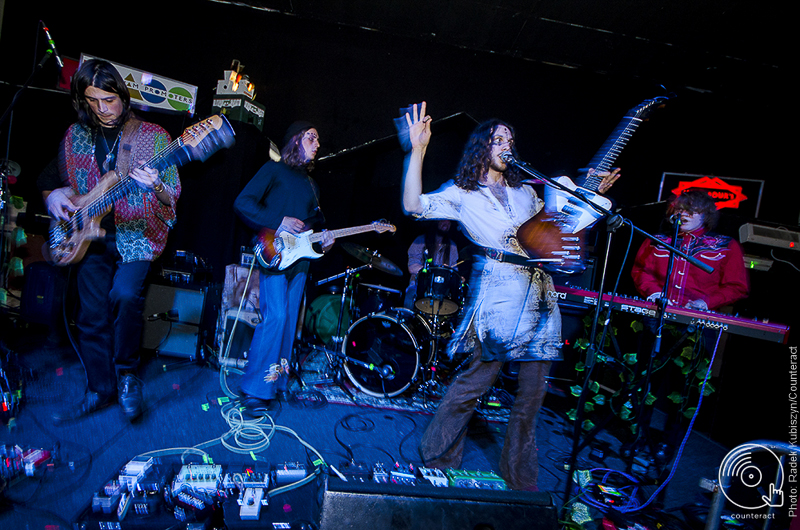 Atmospheric lighting, created using a mix of paint, oil and spinning gobos, illuminated the interior of Mama Roux’s. The venue is famed for its bohemian décor: New Orleans inspired shop fronts, leafy hanging plants and Indian drapery. The aesthetic of the space almost made up for repeated complaints about sound during the bands’ performances. A weighty speaker stack certainly delivered an onslaught of volume, but did little for the subtlety and touch of ambience which psychedelia is so apt at producing. Space-age shrieks and bleeps were somewhat lost over dominating, pounding guitar riffs and distortion. 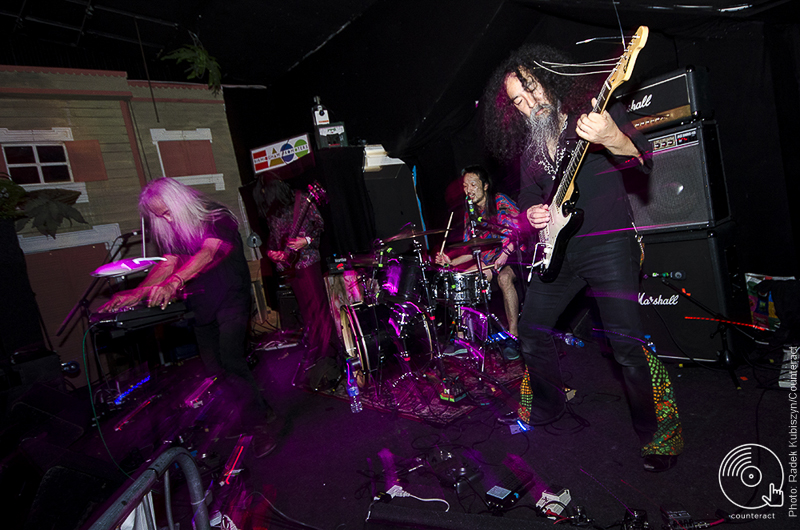 Nevertheless, Acid Mothers Temple delivered a fantastic set, with synth player Higashi Hiroshi demonstrating his versatile skills on the harmonica in a spellbinding cover of Black Sabbath’s ‘The Wizard’. Ichiraku Yoshimitsu’s drumming was transfixing; hands blurring as he kept up a furious, unrelenting tempo, pausing only momentarily to replace a severely smashed stick. 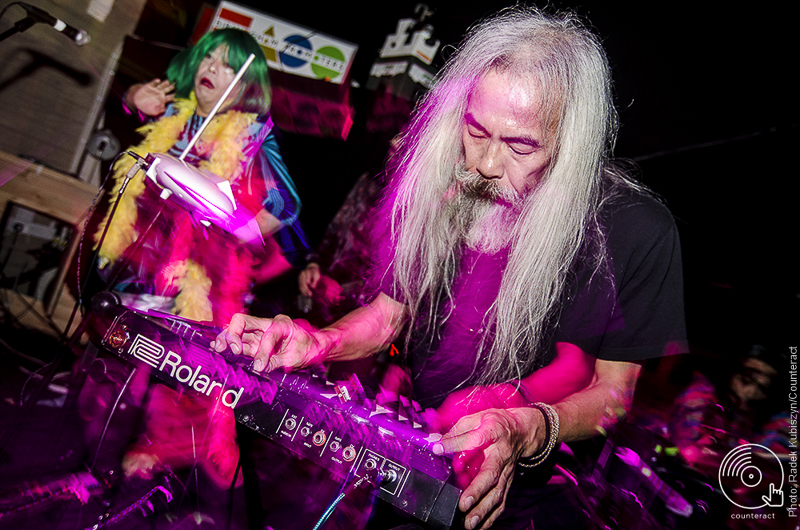 Haunting wailing and chanting characterised otherwise lyric-less tracks, and the band spoke no words throughout. Yet as performers these four bizarre men are tantalising. Group leader Makoto Kawabata exhibited impressive guitar acrobatics, spinning the instrument over his head by its neck whilst grinding against an eclectic display of wah-wah pedals. Bassist Tabata Mitsuru wore a skin-tight silver mini skirt, thigh high boots, suspenders and an electric pink feather boa. Stealthily revealing a flash of his black lacy knickers and bum, he danced part-cabaret, part-metal freak-out, to the delight of the audience. The band exited in a haze of mystique and smoke, and did not return for an encore.