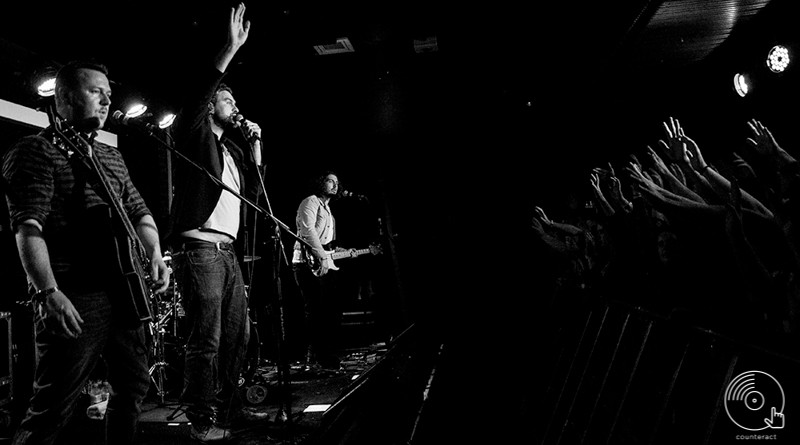 The last minute venue change from the originally planned Wulfrun Hall, to The Slade Rooms of Wolverhampton was most certainly an upgrade, an opportunity to catch this line-up in such intimacy spoilt the crowd rotten.

Warming the rain-sodden, Monday night crowd were Nuneaton’s April. An energetic five piece with an air-tight sound, image and performance. A sea of nodding heads became hooked, drawn in by frontman George, with a real Tim Burgess swag and an accomplished audience connection. A quick slurp of beer separated the first two tunes before the pounding ‘We Can Be Free’ filled the venue. Sporting plaid trousers, white socks and stage presence April’s Will released an apparent restrained energy through ratpturing strings, synchronized perfectly with fellow fashionista band members who carried a comfortable confidence erupting during their climbing instrumentals. The youngsters suggest various influences such as; Oasis and The Beatles, through sound and sight, with a performance which was by no means juvenile. BBC Introducing championed release ‘Ten Miles High’ received a sterling response, stunning vocals coated the flawless riffs and crashes of the favoured track. From the management of prodigious The Enemy, April are cooking up a storm most evident as they set Wolverhapton’s Monday blues ablaze. 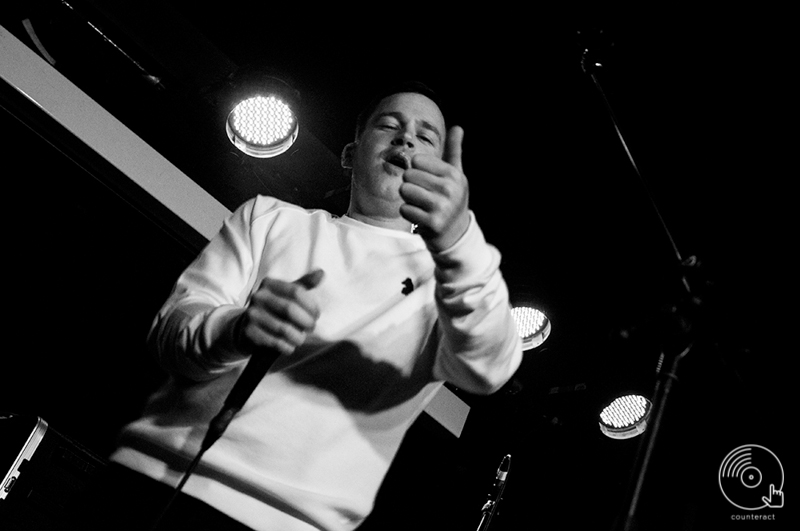 Party-boy Franko Fraize was preceded by preened band members, before laying down an on-stage musical lads night out. Rapper Fraize’s unrivaled energy coupled with the soulful belts of vocalist Tone has been an exigency of the music scene for a while. Confessing his struggle to lay off smoking for the day, Fraize spoke of his extreme consumption of Manuka Honey in support of his voice, the Norfolk chatterbox brought humour and a real loveable rogue tone to the stage with his signature ‘Oi oi’ mantra. Enticing rowdiness from the crowd Fraize boasts belters such as ‘Underdog’ and ‘Running’. With an audible Jamie T vibe and a Mike Skinner edge, Fraize’s style visted the 80’s, essences of ska and riff-filled backings consistent with iconic British rock bands. The ultimate candidate for the next lad-movie soundtrack the bubbly sounds of Franko Fraize could doubtlessly accompany any action filled, intoxicated screenplay. Kitted out in crisp Luke clothing, Fraize and co represented local Luke Roper’s leading brand in true style. Closing with Polydor release ‘Oi Oi’ the gathering longed to carouse with naughty boy Fraize as a basement party flavour was built. Franko Fraize has the threads, the tunes and is ready for take off. 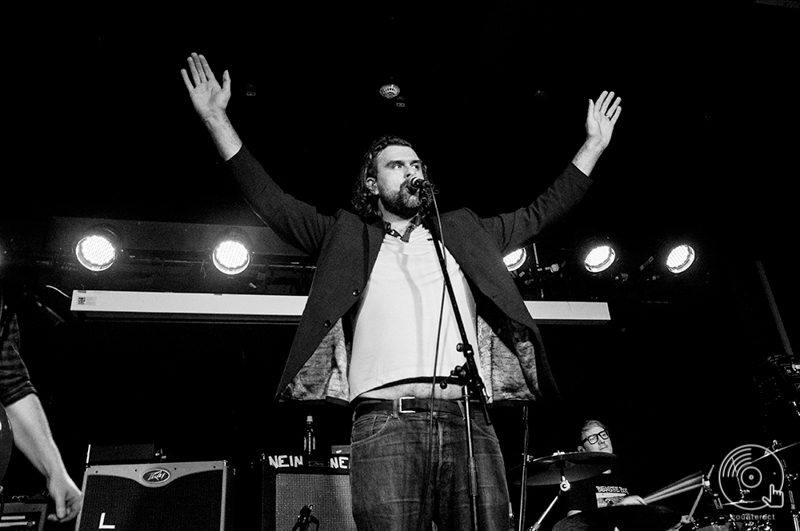 The blackout fell over the now compacted crowd as the whirling intro to ‘Open Your Window’ took control of the “Rev Army” chants. Jon McClure entered to meet applause, screams and an acceptance of his renowned invitation to bounce. A sound hiccup cued take two, as the built-in “Rev Army” choir join forces with Reverend and the Makers. A sea of raised palms bobbed throughout ‘Shine A Light’ followed by the dirty strings of Primal Scream resemblant ‘Black Widow’ and new album Mirrors’ ‘Makin Babies’. 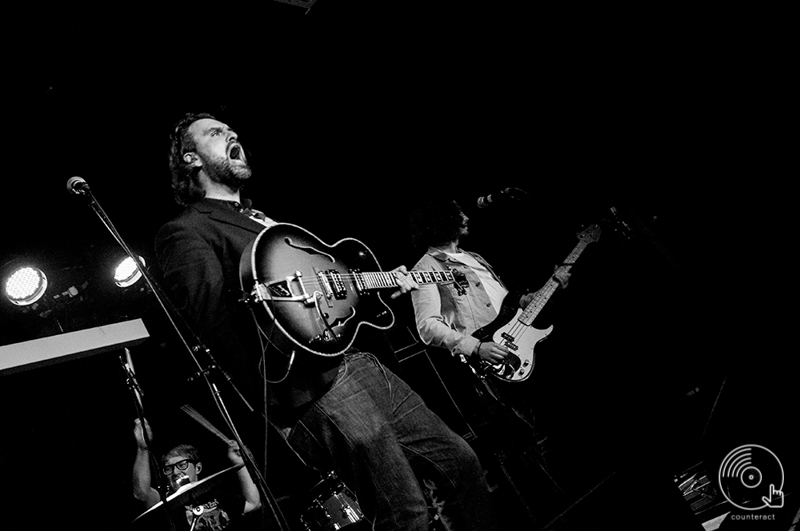 Jon ‘The Rev’ McClure presented his usual britpop-esque swagger, provoking the crowd with mouthed enticements as they mirrored his energy. The rabble of contenders syncronised the shadow boxing bop throughout the familiar 2007 anthem ‘Heavyweight Champion of the World’. The non-stop seamless set was signature of Sheffield’s Reverend and the Makers, with their “We don’t stand still” promise, which was most certainly proven. Banger after banger busied the worshiping congregation as ‘The Rev’ brought back the weekend, ridding the tones of a usual melancholy Monday with a visit from ‘Mr. Glassalfempty’. ‘Out of the Shadows’ followed with poetic lyrics preached to the wild herd of listeners.

Following an order of rum and coke issued to talented wife and band member Laura, McClure gave an ironic, acoustic performance ‘Sex With the Ex’ lit by red light relaxing the mood somewhat. Then handing the stage over to Makers member Joe Carnall Jnr to treat the audience to a live performance of his new solo single ahead of his Winter Tour. Joe brought a darker vibe, taking listeners to unexplored depths completing tonight’s musical genre collection. 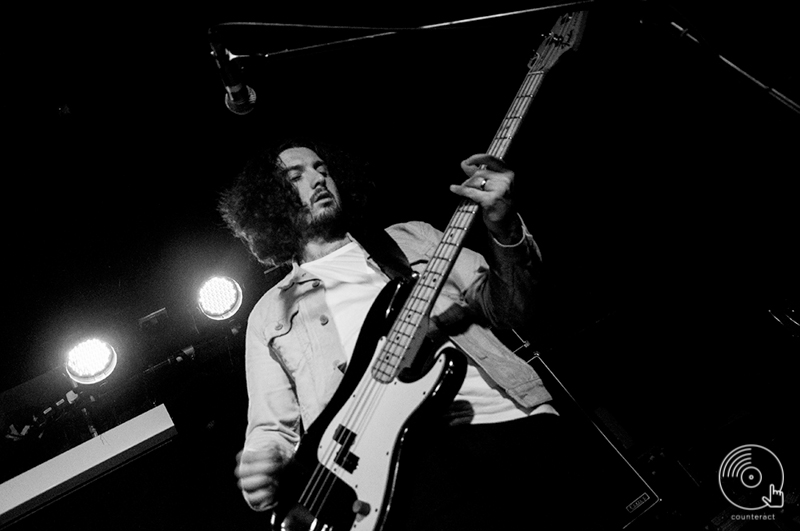 The fizzy crowd resumed their antics as ‘The State of Things’ kicked in, McClure’s relentless motion could not be competed with as he observed their tiring. Providing a breather ‘Last to Know’ another beauty from new album Mirrors was introduced and performed by long-time pal and writer Ed Cosens. Featuring on the bands fifth album the lather-like vocalization of artistic lyrics and flawless string accompaniment played out in true Reverend and the Makers style. This track sits on the recently released album which has been advocated highly by Noel Gallagher and Carl Barat, live performances of it’s tracks did it full justice.

A dedication to the ladies, the stomping ‘He Said He Loves Me’ raised the roof, before towel-swinging McClure introduced a crash into ‘Silence is Talking’ from 2009’s album, which created a wave of hysteria and topped the night. Played out with an acoustic version of The Specials – ‘Rudy’, McClure showed his appreciation to his adoring followers with a musical nightcap on the Wolverhampton streets. “Rev Army” chants recommenced as The Slade Room doors closed on a phenomenal evening of music which could only be achieved by a band such as Reverend and the Makers. Since when did a Monday feel like that?