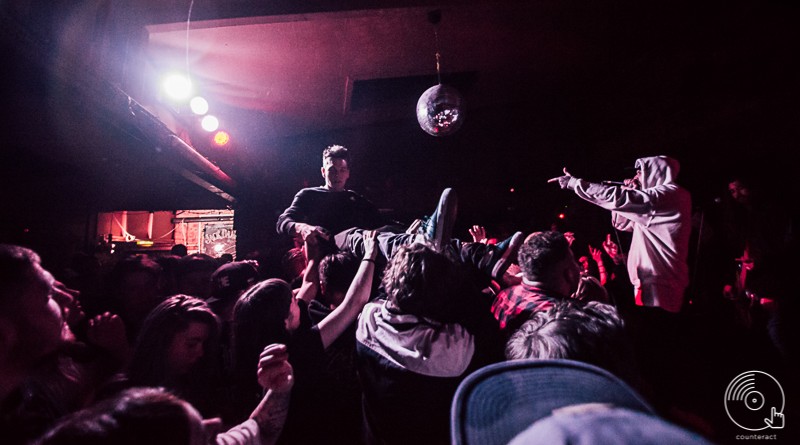 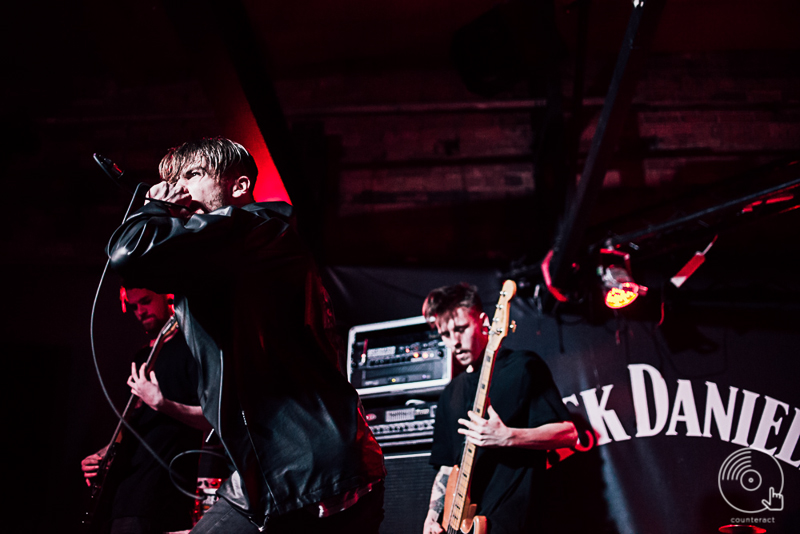 Opening the stage of this huge line-up were local band An Elegy. The band had the job of creating the atmosphere for the night and it was done successfully. Their stage presence was incredible, featuring plenty of movement, which is more than expected of a metalcore band. The set improved as it went on, presumably as they got used to the stage and the crowd that was watching them. The only fault in the band’s performance is the vocals, both clean and unclean appeared forced and strained – which with work and experience will improve. Breakdowns and riffs were exceptional and definitely appeared to get some heads moving. 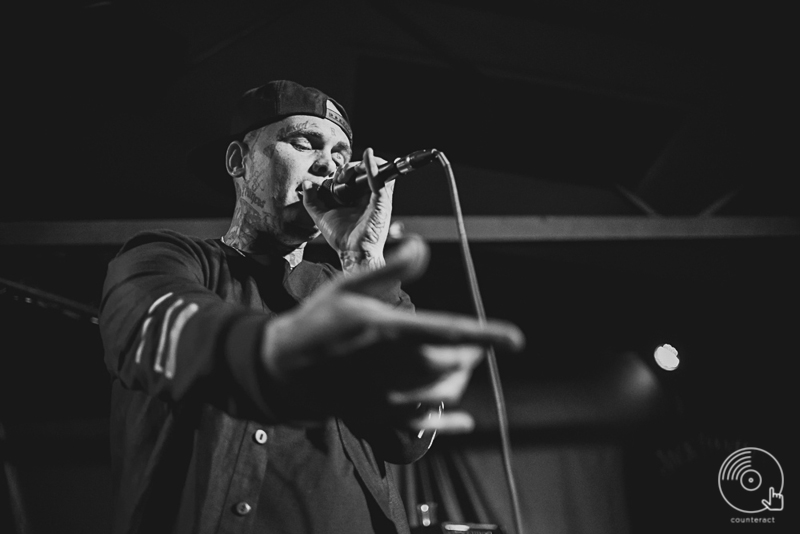 Bringing a completely different atmosphere to the almost packed room that is the Rainbow Courtyard was New Zealand rapper Louie Knuxx. The audience took to a more chilled out vibe nicely, to start off with, however they appeared to gradually become more bored as the set progressed. Louie made the most of the space he had on stage by dancing around to the backing track playing out of his laptop. His songs seemed repetitive, which would explain the reason the crowd was becoming louder than him. Despite the negative crowd reception, Louie Knuxx perfectly filled the void between the genre difference of openers An Elegy and next band Astroid Boys. 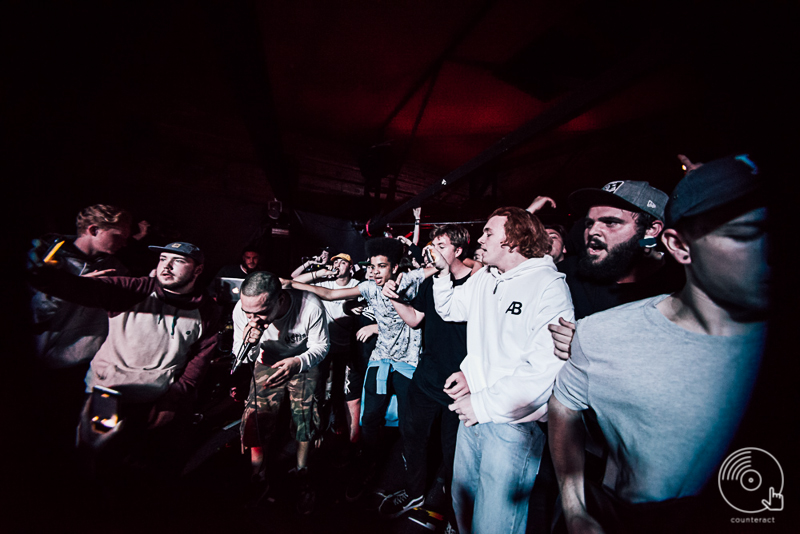 The moment Welsh grime artists Astroid Boys took to the stage it was quite clear who the audience were mainly there to see. Despite the lack of space, the boys made most of the stage filling the room back up with the energy that was previously drained from it. For the thirty minutes that the Courtyard was infused with a heavy kind of grime, the crowd saw Traxx and Benji (lead MCs) crowdsurfing and standing amongst them rapping their hearts out to please their audience. After plenty of lively drum beats and a number of dubstep breakdowns the final track ended with half of the Courtyard on the stage. Ultimately, a successful night for Astroid Boys. 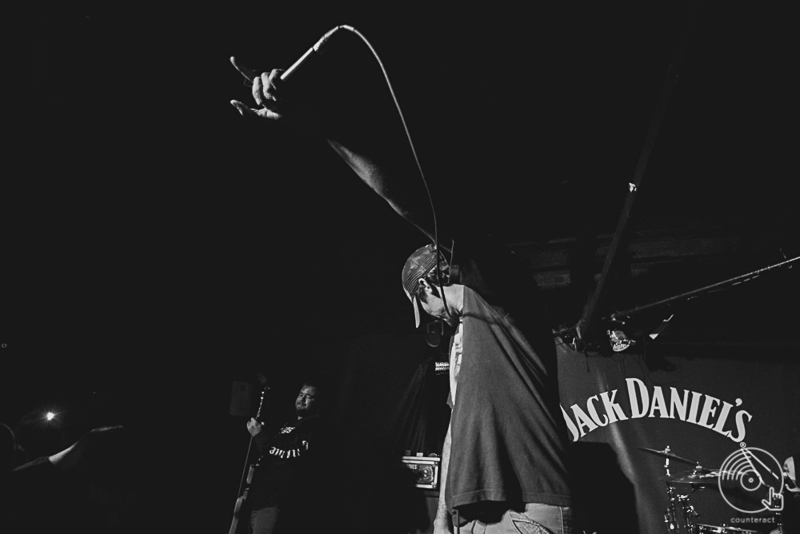 Expire jumped into their first song and a rush of violence took over the room. A sequence of mosh pits, spin kicks and other various hardcore movements took place as the band did their thing. Unclean vocals were incredible, with the screams beckoning around the room fueling the anger and hate. Despite the songs being so short, the brutality behind them created so much energy in the Courtyard. 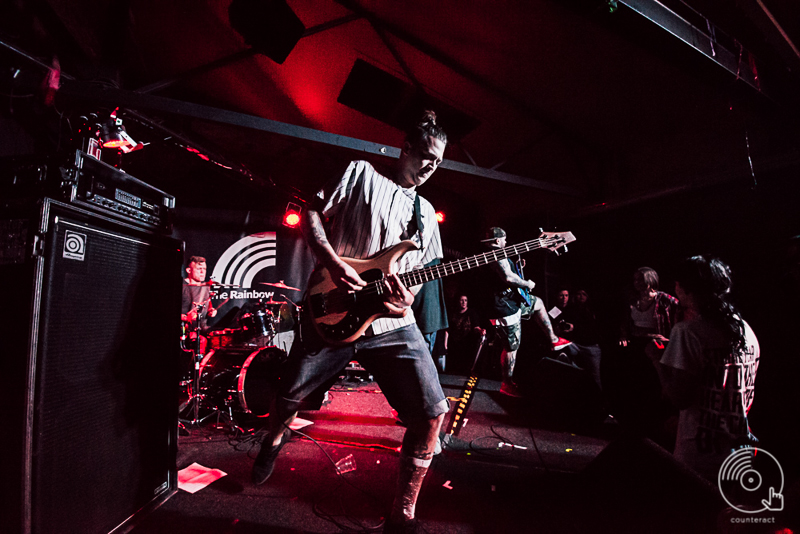 From the second Nasty took to the stage, the pit opened and the cart wheeling spin kicks begun. With members of the crowd hanging from the ceiling and the moshing being so intense it was hard to take your eyes of the pit. However Nasty completely blew through their set in blistering fashion with strong anti-government speech’s that sent fans into a frenzy. The show just got more and more crazy. The main highlight was ‘Fire on the People’ which helped warm up the show for headliners, Deez Nuts. 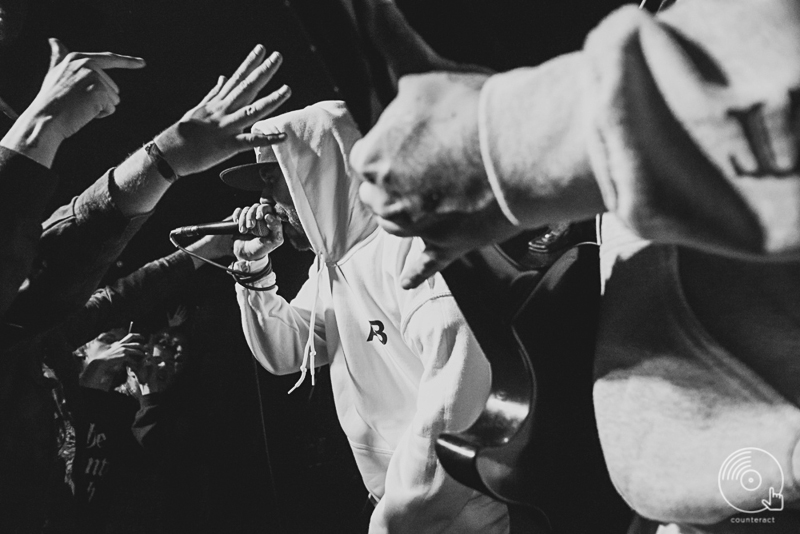 After a fully packed six band bill, many were drained towards the end however it was made clear very quickly that many were still psyched for the lunacy of Deez Nuts. There was less spin kicks and hard moshing and more collective finger pointing and shouting the words back to JJ Peters’ (frontman) face. There was a collective feel, everyone there was as big a part of the show and the band themselves. The fans enjoyed the opportunity to hear the newer record ‘Word Is Bond’ as well as older classics. 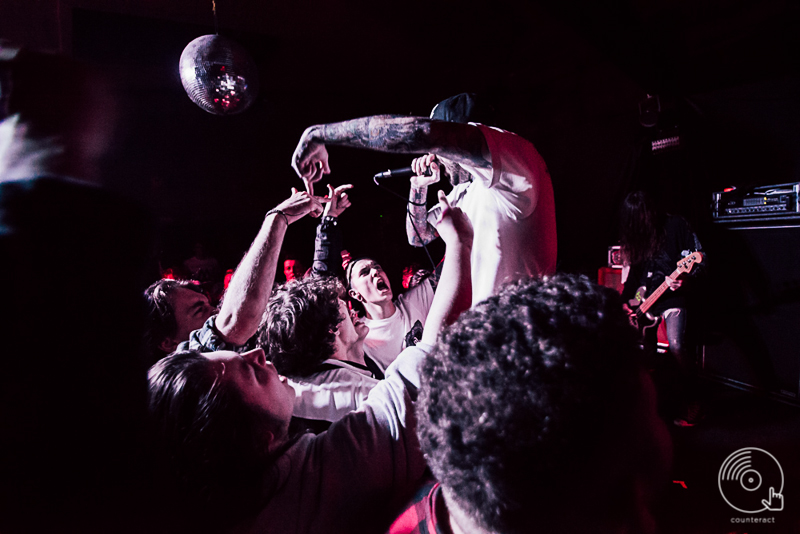 Deez Nuts may not have been the heaviest or the most chaotic, however the years of experience completely shone through, proving why they were headlining. The intimate venue, stripped of its barrier, was the perfect setting for bands such as Deez Nuts, Nasty and Astroid Boys. The reason these bands hate barriers at their shows is it takes away that genuine feeling of the fans being part of the show and it was great to see tonight. Overall, a thrilling night that will be in many memories for years to come. 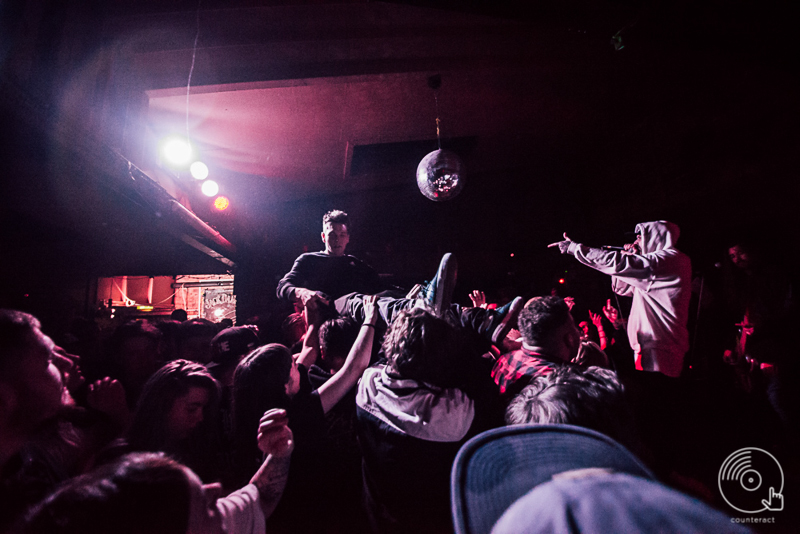