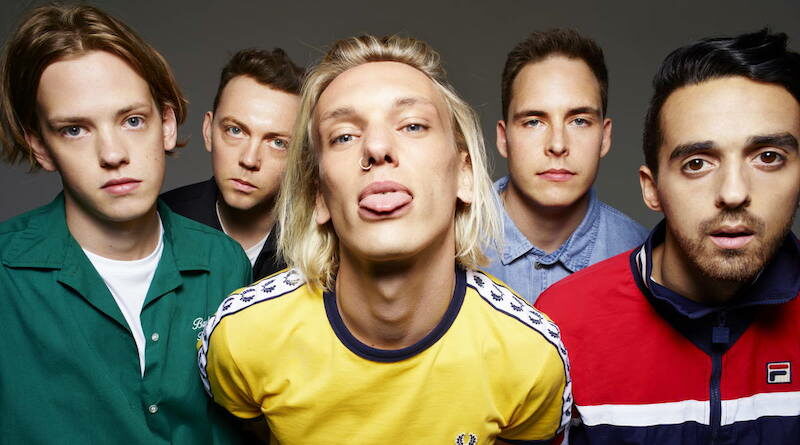 Lovable London lads Counterfeit revealed their soft sides as they broke down their emotional barriers with a raw final performance of 2019.

December 12th saw Counterfeit return to Birmingham for an intense night of anger-release as they filled the room at O2 Academy3. The sole support role came in the form of London-based rebels Wargasm. The unruly trio took to the stage and unleashed havoc on the gig-goers, opening with their punky debut single ‘Post-Modern Rhapsody’. The short-but-sweet set included sophomore single ‘God of War’, quirky head-bopper ‘Tokyo’ and feist-fuelled ‘LSD’, which bassist Milkie Way proudly declared stood for Lesbian Samurai Demons. The band’s brand of merch is adorned with the slogan ‘Angry songs for sad people’ which perfectly summarises the music produced by this young yet highly experienced band. The set ended with ‘Lap Dance’, a banger of song which frontman Sam Matlock swears he wrote way back in 2001, despite thanking Pharrell Williams beforehand. Definitely not suspicious, hmm Matlock?

The gig marked Counterfeit‘s first Birmingham show in a year and half, so there were no surprises when the band performed an album’s worth of new tracks intertwined with a couple of old favourites from debut album Together We Are Stronger. The quintet opened with ‘Paralysed’, an intoxicating anthem which has already made its rounds on Counterfeit’s past few tours and is filled to the brim with luscious harmonies. Next up came the angsty banger ‘Getting Over It’ followed by fan-favourite ‘You Can’t Rely’ and rap-inspired newcomer ‘New Insane’.

The set took an unexpected turn when the band announced a cover, which turned out to be none other than Twenty-One Pilot’s ‘Jumpsuit’. The boys managed to rock-up the riff to the point where the song was arguably better than the original, and if the crowd weren’t already sweaty, they sure were after this track. The dance-fest was followed by a chilled-out session containing what was described as a love song, ‘Lack of Oxygen’, and then laid-back track ‘Alive’. Next up came ‘Get Out’, a short, sharp song where frontman Jamie Campbell Bower sang about addiction after he proudly stated that he’s now been both clean and sober for four years and eight months. Good on you, lad!

Counterfeit’s last new tune of the night was a punk-ridden banger entitled ‘11:44’ which was succeeded by a heart-wrenchingly honest speech from Jamie before the band launched into their latest single ‘It Gets Better’. Despite playing a set that consisted mostly of previously unheard songs, the risk undoubtedly paid off and the crowd relished every second of the performance. The band ended the night with their most popular melody ‘Enough’, which saw bassist Roland Johnson and guitarist Tristan Marmont make their way into the crowd to finish the set amongst the fans.

Listen to ‘It Gets Better’ here and catch Counterfeit out on tour this February supporting Palaye Royale: