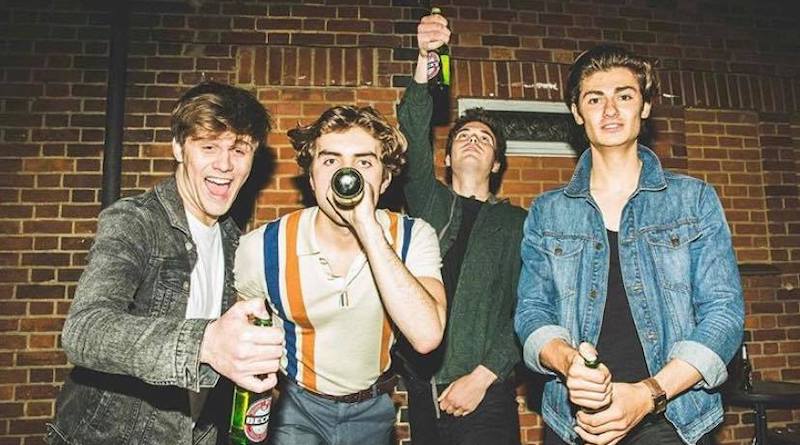 The first band to grace the stage on Wednesday evening were The Regulars, a mischievous foursome originating from Wolverhampton. These lovable lads won the audience over with their glorious harmonies and personable songs, and with a bit of TLC from local music fans these boys could undoubtedly be huge in the Birmingham music scene. For now, you can check them out on Spotify and even discover some of their older songs (such as punchy set-ender ‘Maybe You Meant It’) on Soundcloud – which you can download here for free.

Next to steal the spotlight were the sassy Worcestershire boys that make up Lower Loveday. Despite being from Evesham, the band are named after a street in central Birmingham and seemed to quickly acquire the audience’s attention with their bold shirts and quirky charisma. These lads were keen to make a good impression on the Birmingham crowd, and their cheeky attitude combined with the lead singer’s hilariously awful dad-dancing made for an unintentionally tongue-in-cheek set filled with catchy riffs and godly vocals. Stand out songs include You Could’ve Been My Queen and latest release Chains.

The final support slot of the night came in the form of Wargasm, an angry duo of delinquents who crashed onto the stage in full Halloween attire with KISS-inspired makeup to match. On the right-hand side of the stage ex-DEAD! lead guitarist Sam Matlock dished out tribal screams and filthy guitar riffs, while on the left stood punk-rock-princess Milkie Way who sported a bass and complemented Matlock’s screams with her own punky vocals. The troublesome twosome would have sounded potentially quite empty without a drummer to set the tone, which is why close friend Ryan Cornall has and will be providing angry thumps and melodic fills for the entirety of the Airways tour. For a band who prior to the gig had only played ten live performances, six of which have been in the UK, their provocative passion-fest had the entire crowd ready to raise hell as they performed their angst-fuelled ritual. The band opened with their debut single Post-Modern Rhapsody and proceeded to fill the venue with even more energetic tunes, such as Gold Gold Gold and Tokyo. As the makeup melted off the rebels faces and the set came to close, the crowd finally snapped out of the trance they’d been lured into and seemed to be left questioning whether the previous 30 minutes had been a dream or not.

Humble headliners Airways slinked on stage as the final band of the night and proceeded to plunge straight into 2018 single ‘Alien’, a song which instantly got bodies moving and blood pumping. With the crowd now more than suitably warmed up, the boys had no problem unleashing a series of singles onto the spectators, including attitude-filled ‘Trampoline’ and their latest release ‘Out of Luck’.

Part of Airways’ appeal is that not only do they have a ridiculous number of bangers, but all four members seem to have an appreciative nature an admirably down-to-earth stage presence. Despite including a few songs in the set that would typically dampen the mood of a gig, the atmosphere remained consistently upbeat as contentment seemed to literally pour out of the lads. Unexpected covers included a short snippet of Eminem’s ‘Lose Yourself’ and Robbie Williams’ ‘Angels’ in full, which had no problem enticing the entire crowd to sing along. The set included all five of the anthems from Airways 2017 debut EP Starting to Spin and the set came to a close with Mate, a firm fan-favourite (proven by the way the crowd became a sea of motion, dotted with people atop their friends’ shoulders). Here’s hoping it won’t be long before Airways return to Birmingham; keep your fingers crossed for 2020.