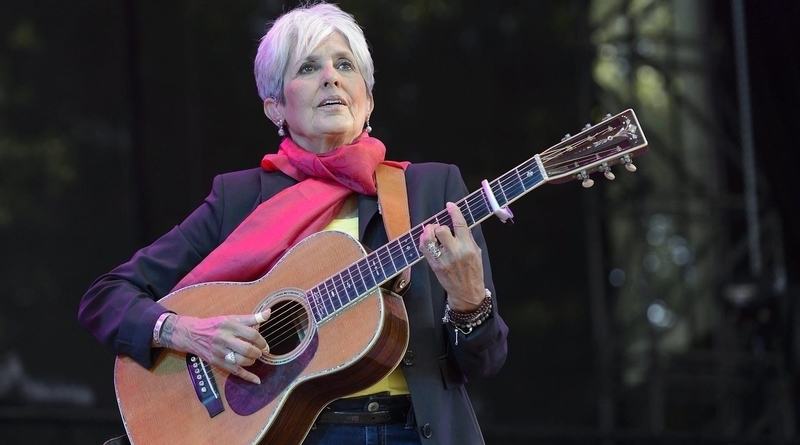 Folk icon Joan Baez has announced that 2018 with be her, “last year of formal extended touring”. As part of her Fare Thee Well Tour, Baez will be performing at Symphony Hall on the 14th March. The performance will feature songs from across her fifty year career, as well as from her new studio album Whistle Down The Wind.

Baez released her self-titled debut album in 1960 and fast become the “Queen of Folk” and an icon of sixties counterculture. Her first three albums achieved gold status, and she’s been credited with bringing the songwriting talents of Bob Dylan to public attention.

On top of that she is a recipient of the Recording Academy’s Lifetime Achievement Award and Amnesty International’s Ambassador of Conscience award, and her activism career spans from involvement in the 1965 marches on Selma to the 2011 Occupy Wall Street movement.

Tickets for her latest tour are available here, though the Birmingham date has now sold out. Full tour dates below: