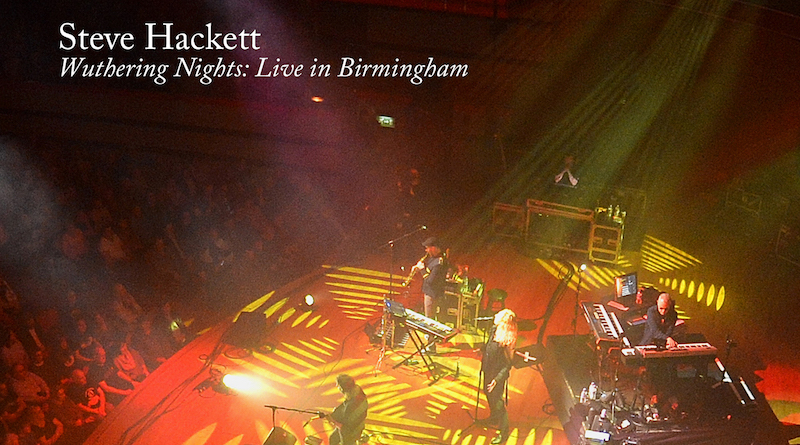 A new release from guitar legend Steve Hackett, ‘Wuthering Nights: Live In Birmingham’ will be released on 26th January 2018 through Inside Out Music. Hackett was lead guitarist with Genesis as part of their classic line up with Gabriel, Collins, Banks and Rutherford, and he has since followed a successful solo career.

‘Wuthering Nights; was filmed at the Birmingham Symphony Hall as part of Hackett’s recent, critically-acclaimed Genesis Revisited & Classic Hackett tour, which marked the 40th anniversary of ‘Wind & Wuthering’, his last album with Genesis. Available as Special Edition 2DVD + 2CD Digipak, Blu-Ray, Digital album, the DVD / Blu-Ray also includes fascinating behind the scenes footage, most of which was filmed on the day in Birmingham.

Hackett says, “it felt special to celebrate the 40th anniversary of Wind & Wuthering (in Birmingham)…Songs like One for the Vine, Eleventh Earl of Mar and Blood on the Rooftops come across powerfully on this release, which also features other Genesis and solo Hackett favourites along with songs from my latest album The Night Siren.”