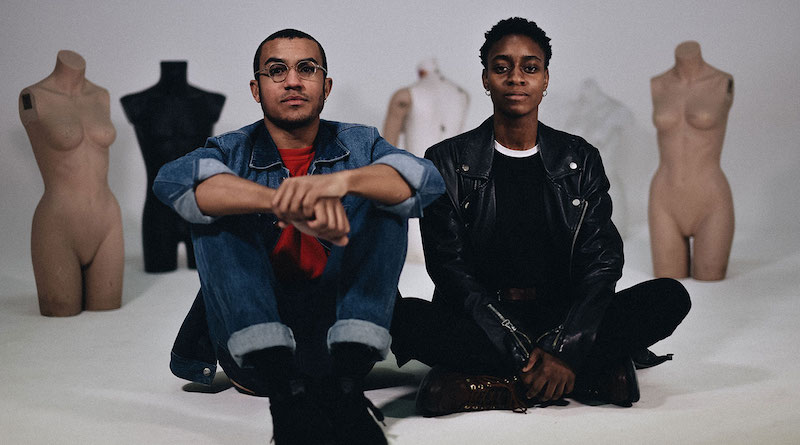 The duo have signed to independent label Alcopop! records. To celebrate, they’ve announced a new EP is in the works and have just completed a tour of the UK.

To celebrate their signing, Youth Man have released ‘I Don’t Know’ from their forthcoming, currently un-named EP. Their recent co-headline tour with Cassels concluded at The Actress & Bishop on February 17th. Read our review of the show here.

The “destructive Brummie sex punk” band have been signed by independent label Alcopop! Records, after being sought after by co-founder Kevin Douch. They manage an impressive calibre of indie acts including Tigercub, Indoor Pets (formerly Get Inuit) and Johnny Foreigner, alongside up and coming artists including Best Ex, Nelson Cann and Peaness.

After signing Youth Man, the label’s response was an ecstatic “f*ck yes!” Later adding: “Youth Man are THE most exciting live bands around, this EP soars to new heights and will definitely tear your soul apart before patching it together way better than it was before.”

Youth Man said Alcopop! Records are “a wicked label whom we’ve watched longingly from afar for a long while.

“Our new music is our favourite of all the musics we have thusly so far made so it is only appropriate that we release it on our bestest most favouritest indie label.”

‘I Don’t Know’ is a cathartic look into the lives of vocalist and guitarist Kyila Whyte and drummer Marcus Perks’ life. Loneliness and paranoia dash around your brain alongside crunching guitar and reverb. Soft harmonies build into punky shrieks of “I don’t know how to love” as the song scatters around, looking for a resolution to Youth Man’s confusion and fear of getting love right.

Youth Man have gained notoriety thanks to the backing of NME, Rolling Stone, Kerrang! Drowned in Sound and BBC Radio 1 to name a few. Forming in 2012, Youth Man have gained a following in Birmingham and beyond after supporting acts such as Letlive!, Tigercub and Trash Talk on their respective tours.

Birmingham waits with baited breath for news on Youth Man’s upcoming EP. Until then, ‘I Don’t Know’ is available to stream below.