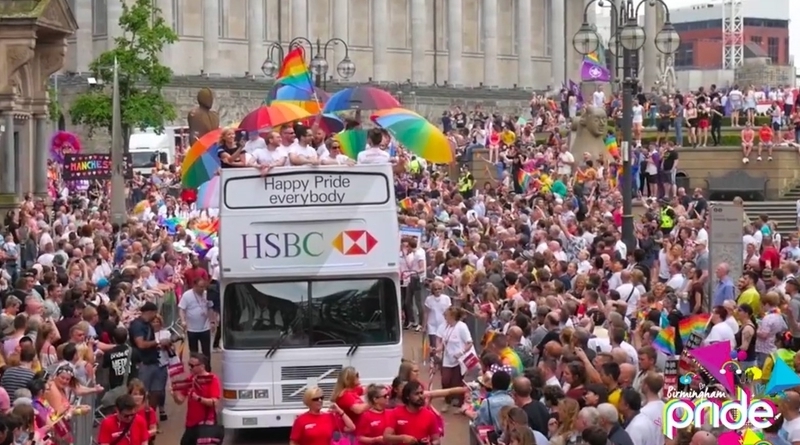 Get your sequins, glitter and rainbow flags at the ready, Pride is nearly upon us! Birmingham Pride is a keystone event which celebrates sexuality and gender variance, bringing the best and biggest artists to the Midlands for a weekend of frivolity.

May 26-27th will see the city transformed into the largest 2-Day LGBTQ Festival in the UK. Its aim? To acknowledge diversity and challenge long-standing discrimination with a raucous carnival. All patrons are encouraged take part in the fanfare and show support.

2018 has seen a record-breaking sale of tickets with turnout expected around the 75,000 mark. A star-studded line-up of Girl’s Aloud member Nadine Coyle, R&B queen Louise Redknapp, Scissor Sisters founder Jake Shears and Rudimental. Also not to be missed: the self-described “fat, feminist lesbian from Arkansas”, songstress Beth Ditto who will be gracing HSBC main stage.

Homegrown talent is appearing in the form of DJ collectives The Acid Experiment and Sum Cellar. For further fans of electronica Gorgon City, DJ Zinc, Redlight and Flava D are set to take over the Dance Tent.

For drag and comedy enthusiasts, a fantastic array of talent is available including Lola Lasagne, Sandra London, Myra Dubois and Miss Penny.

Patrons are asked to gather in Victoria Square from 10.30am. The parade will set off at lunchtime, travelling through Birmingham’s high street before arriving at the festival site in the Gay Quarter.

Tickets are still available here but are selling fast! See below for the full line-up.