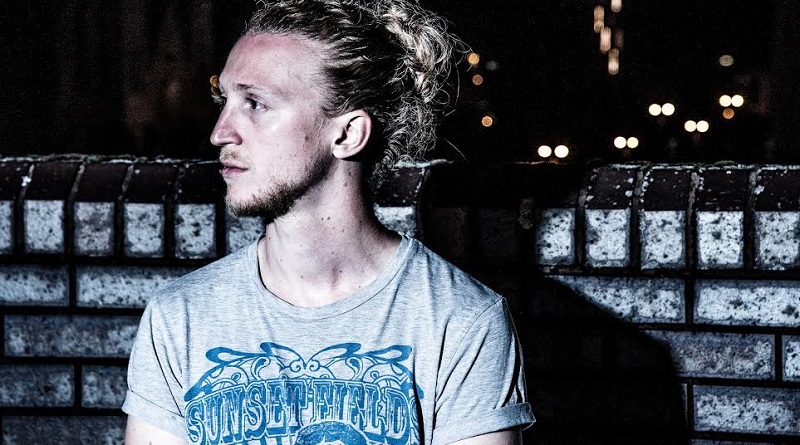 It’s been a pretty busy couple of months for local beatboxer and singer-songwriter, Ed Geater. Not only has he announced plans for his next EP, he’s released a new single, ‘Symmetry’ and accompanying video, had the track played at Villa Park over a couple of matchdays and as a result, has attracted interest from the national media, including BBC Introducing who playlisted him on their national show.

Following on from the success of his previous EP, Barriers, (released in February) Ed knuckled down and got to work on his next EP, Unseen, which was released last week via Music Mandi (October 14th).

Speaking about ‘Symmetry’, the lead single from Barriers, Ed touched upon a personal experience that assisted him in the songwriting process. “The lyrical concept is based on a personal experience, one that I’m sure a lot of people can relate to. The perceived ‘symmetry’ was when I was dating someone I thought I had a lot in common with… It’s so easy to get lost thinking about it, obsessing about it even, before you realise that so much of what you thought was shared is totally superficial.

“I’d been working on a house tune arrangement for quite some time, and the lyrical content seemed to fit perfectly with the vibe of the track.”

The video was premiered via national music website It’s All Indie and was subject to a massive reaction – from fans old and new. Ed is hoping to build on this in the coming months by showing off his versatility in his songwriting.

“I wanted to bring something original and thought provoking to modern popular music.

“With Unseen EP, I sought to create something that didn’t subscribe to certain formulas throughout in order to be successful, whilst reflecting the wide range of influences I have. Variety is really important to me.

“There’s a folk tune, a house tune, a trip-hop tune and a drum and bass tune in there, all very different styles, but all held together by my melodic choices, beatboxing and lyrical style.”

Although Ed is excited about the future, his feet are firmly on the ground as he stays levelheaded with his approach to what may happen. All Ed knows for now is that he’s really happy with the response received from the single and EP so far, and he can’t wait for the EP launch next week!

“Who knows what the future holds. I just want to keep pushing myself, my musical boundaries and keep learning. More people are taking an interest in what I’m doing now, which is amazing and really exciting.

“This project started out as an experiment to see if I could create my own artistic vision blending beatboxing, fingerstyle guitar, songwriting and production techniques and it feels really good that other musicians and music appreciators are taking the time to listen to it. I want to take it as far as it can possibly go.

“If my last EP launch was anything to go by, it should be a sweaty and intense evening! But in all seriousness, I’m so excited for it. To have two great local acts in Alex Rainsford and Lady Sanity on the bill is awesome. They both play completely different styles but reflect two very different ends of my spectrum of influences, leading up to my set at the end of the night. People are in for a treat, so I’d strongly advise a trip to Mama Roux’s on 27th October!”

Ed Geater launches his EP with a special show at Mama Roux’s in Digbeth, Birmingham on Thursday 27th October. Tickets are available here.