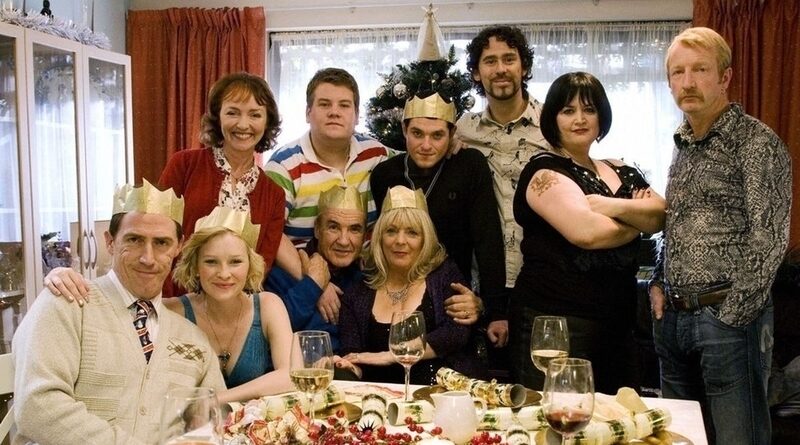 Ten years on, Gavin and Stacey are gloriously back with full hearts and small troubles.

For me, the television event of Christmas 2019 was indisputably the Gavin and Stacey Christmas special, making a surprise return after closing its third and – to-date – final series on New Year’s Day 2010. This speaks to both the quality and quiet emotional power of the series and the otherwise lack of quality telly on over the festive period. To substantiate its significance, Gavin & Stacey’s original three series, including 2008’s first Christmas special, constitute one of the greatest sitcoms in British television history.

It feels like a ridiculous thing to get on a soapbox about, but the domestic half-hour comedy is at the absolute forefront of our cultural output. Thanks to DVDs, reruns and streaming services they are avidly consumed by UK and global audiences, projecting a sense of the heart and humour at the core of British life. An image, indeed, that we sorely crave right now. Besides this, I found television programming this Christmas to be sadly below par, struggling to string together a day of viewings to distract the family from ‘quality’ time together. Rather, that role seems to have been taken up by smartphones – personal windows to banal scrolling, to the detriment of the glorious shared experience festive telly should offer.

In this landscape, the return of Gavlar (Matthew Horne), Stace (Joanna Page) and co. was a shining light of promise and trepidation. The potential, unexpected infusion of pure joy and love that underpins the show, undercut by fear that they’d really gone and messed it up. After all, the fortunes of the cast and crew have varied wildly since we left Gav, Stace, Smithy (James Corden) and Nessa (Ruth Jones) playing happy families on Barry Island beach ten years ago. Most publicly, Corden has gone on to be an international superstar as the host of CBS’ The Late Late Show, one of the biggest chat shows in the world. Maybe beloved by America, in Britain Corden is regarded rather more divisively, following his tabloid troubles, otherwise subpar screen output and, indeed, his American success.

On the other hand, Ruth Jones, who co-writes the show with Corden, has quietly become a mainstay in British culture, following up G&S with 6 series of her similarly warm Sky show Stella and also now a bestselling author, with 2018’s Never Greener. Perhaps the gulf between them now was such that they couldn’t conjure the magic they did more than ten years ago. Thankfully, brilliantly, at 8.30pm on Christmas Day we found the absolute opposite to be true. 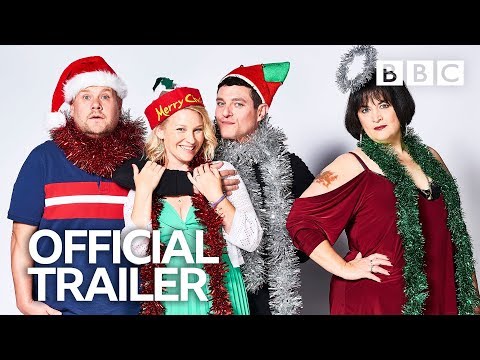 Opening with Gav and Stace on the phone to one another from their respective Essex and Barry family homes, we were right back with them. It was a perfect reintroduction, soothing audiences with the knowledge that the formula hadn’t been changed, while acknowledging the time that had passed. Gavin has gone back to Essex for a head office Christmas do, while Stacey is home fretting over presents for the three children they’ve amassed since we last visited them. This is a key part of the joy of the series, that nothing truly big ever happens – it’s wonderful characters just navigating the small stuff with goodwill and integrity.

It’s always been clear that the central pair were actually the least interesting in the series – they are simply the catalyst that collides their chalk-and-cheese families with wonderful, border-crossing results. Gavin’s parents, Pam (Alison Steadman) and Mick (Larry Lamb), are one of the best-matched married couples on telly, with Pam’s maternal generosity and fire balanced perfectly by Mick’s steadfast rationale and know-how. It’s as much a delight watching them bicker over old towels – “like drying yourself with Ryvita” – as seeing them tenderly entwined as they watch pub karaoke.

On Stacey’s side, we have the pairing of mum Gwen (Melanie Walters) and Uncle Bryn (Rob Brydon), this year hosting both families for the big day – Bryn supplies walkie-talkies to coordinate cooking arrangements. Somewhat disarmingly, both Gwen and Bryn both look healthier than ever, while the rest of the cast universally ages gracefully. One thing that did require some internal computing was the age differences combined with HD – I far from have a modern, high-tech telly but it was initially bizarre seeing these aged faces, whom recur in comfort viewing regularly, through a different lens. It was a bit like a mad lucid dream, or an intricate play being performed on a small stage.

Smithy and Nessa also brought the love, their inevitable yet shaky road towards togetherness at stake once more. In Smithy’s latest girlfriend Sonia (Laura Aikman), we were treated to one of the most inappropriate other halves seen since Bill Pullman in Sleepless in Seattle. All of which led up to an absolute gut-punch closing moment that left jaws dropped and fist punching the air. Here’s hoping a series 4 is on the way, as this special has proven only how beloved these characters are, and how much we crave happy endings for them. Truly, no other Christmas TV came close.

The Gavin and Stacey Christmas special is available to stream on BBC iPlayer now.