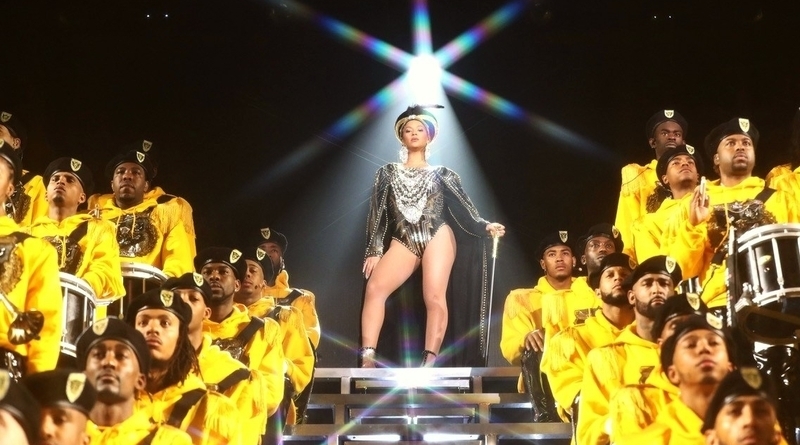 As Avengers: Endgame begins to hoover up the entirety of the cultural focus, those seeking shelter have some great home streaming picks on offer.

Beyoncé’s Homecoming isn’t exactly something that’s going to get lost in the algorithm, but this live film of her performance at last year’s Coachella is one of the best things Netflix has put out this year. A carnival-like celebration of black talent and blackness, Homecoming shows a joyous display of pure indulgence. Being probably the biggest popstar of our generation, fittingly Beyoncé holds nothing back, instead unleashing a full-on spectacle that treats the eyes and ears. Some of the live footage is cut so well and performed with such balls that it is at times quite jaw dropping – a must see.

With Once Upon a Time in Hollywood due for release this summer it’s as good as time as any to seek out or revisit Tarantino’s Inglorious Basterds. Often seen as a highlight of the director’s opinion-splitting 21st century career, Inglorious Basterds is nothing if not a blast. With an Oscar-winning turn from Christoph Waltz (who we now know can act no other way) the film is at times Tarantino’s nastiest, unsurprisingly given the setting. It certainly has its flaws and sags in pace every now and then but it truly is quite a ride, and I think we can expect more of the same from Tarantino this summer.

It’s a shame that after receiving positive reviews in Cannes last year Agnieszka Smoczyńska’s Fugue has been shafted by U.K distribution companies and instead landed on MUBI without any cinema release at all. This Polish mystery about a woman returning to her domestic life with memory loss after two years as someone else tugs its audience along through a cold and uncomfortable setting until it gradually teases out its reveal. Gabriela Muskala is engrossingly unhinged in the central role, never making a scene easy to watch. Definitely catch this if you’re looking for some of the more hard-to-see films of this year.

Another underseen gem to look out for is Anna Rose Holmer’s The Fits. This story about 11 year-old Toni trying to fit into a dance troupe of girls her senior is an excellent study in the tentative steps pre-teens take to be accepted, but as Toni’s confidence grows a bout of violent fits overcomes the group. Holmer does an incredible job of capturing Toni’s uncertainty and bemusement, always lingering around the edges of the group she so wishes to become a part of. The mystery of the seizures is never something the film wants to uncover, instead the film wants to keep us at arms length, nearer to Toni’s problems than the troupe’s.

Few horror films have crept into the cultural psyche quite like Clive Barker’s Hellraiser. The British ’80s horror about a surreal BDSM-like dimension being opened and reeking havoc on members of one particular family may have its ups and downs, but its impact on the genre can’t be denied. With appealing and sometimes iconic body horror galore, the themes of pain and pleasure play nicely with the feeling of struggling to understand why you’re enjoying such gruesome images and horrifying acting.