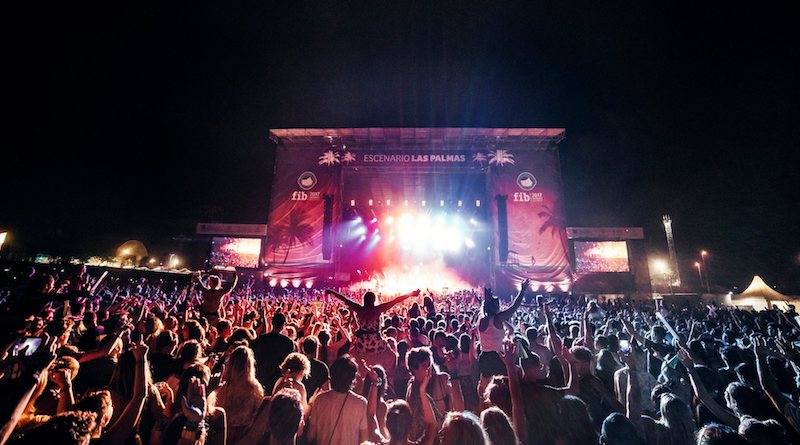 Pet Shop Boys, Rag & Bone Man, The Charlatans, Metronomy and Eric Prydz have joined the diverse line up at this year’s Benicassim Festival.

Benicassim completely transforms a small Spanish town in the southern state of Valencia for 8 days a year, and has been running every year since 1995. Previous headliners of the iconic festival include Iggy Pop, Lou Reed, Oasis, Blur and Bjork.

The 2018 run of the festival will play host to over 100 artists across 4 stages, including world renowned DJs taking over into the early hours of the morning. The festival isn’t just about the music as art, theatre, cinema and fashion make up even more of what is on offer in the small Mediterranean town this July.

Joining the already confirmed Travis Scott, Liam Gallagher and The Killers, British synth icons Pet Shop Boys have been announced as a headliner on the main stage at the Spanish festival on July 19th-22nd.

Many British performers have joined the line up including Rag ‘n’ Bone Man, whose album Human went platinum after just three weeks of being released. Also joining him are iconic Manchester band The Charlatans, alongside the indie pop group Pale Waves, who are currently taking the scene by storm. Finally, electronic group Metronomy have joined the list alongside the critically acclaimed English singer/songwriter Anna Calvi.

The announcement of final headliner Pet Shop Boys continues their global ‘Super Tour’ which started back in 2016, in support of their thirteenth studio album Super. The 80s electronic duo, known for their hits ‘West End Girls’, ‘Go West’ and their cover of ‘Always On My Mind’ are celebrating the reissue of their first three studio albums with a run of festival appearances.

Other acts included in this monumental announcement are DJs Cashmere Cat, The Friend Within, Cedric Gervais, Estonian rapper Tommy Cash and surf guitar from Caroline Rose.

Benicassim is famed as one of the hottest festivals in Europe, with temperatures in excess of 30 degrees and almost guaranteed sun, beating the Brits’ choices of wellies and raincoats for our ‘summer’ festivals. While the four festival headliners have been announced, expect more acts to be announced in the lead up to July 19th.

Benicassim takes place from July 19th to the 22nd. Tickets are available now to Benicassim 2018, including 8 days camping. Tickets can be purchased here.