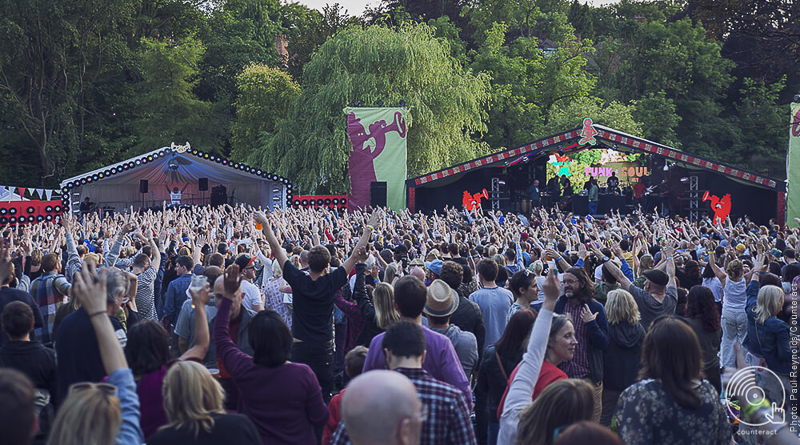 The celebrated Mostly Jazz, Funk & Soul Festival is running for it’s 8th consecutive year with a star-studded line-up. Located in idyllic private parkland just off the quaint Moseley high-street, the festival has been a champion of both international and local acts since 2010.

Taking place between Friday 6th to Sunday 8th July, this year’s Mostly lineup is one of their most impressive billings yet. Firstly, let’s talk about the Queens of Disco: Sister Sledge. The Grammy nominated group promise to give a dazzling performance at this year’s Mostly. Working closely with Chic’s Nile Rodgers, (himself a former headline act of Mostly) Sister Sledge rose to fame in the 1970’s through standout tracks such as ‘We Are Family’ and ‘He’s the Greatest Dancer’.

Whilst music generally features strongly within the jazz, funk and soul canon, Mostly showcases a range of talent from many sub-genres. As a testament to its smorgasbord nature, Friday night headliner and reggae veteran Jimmy Cliff, instantly recognised by his classic ‘I Can See Clearly Now’, is accompanied by Drum & Bass legend David Rodigan. American hip-hop group The Jungle Brothers will also bring funky beats and groovy rhythms.

Candi Staton, the original artist of ‘You Got the Love’ (younger audiences will recognise Florence + The Machine’s chart-topping cover), and the fantastic funk =-brass band Lucky Chops are taking to the mainstage on Saturday evening. With a little luck, Roy Ayers can promise a little sunshine for patrons.

The traditional appearance of DJ Craig Charles, who has been a regular attendee for years, is to be expected. BBC Radio 6 enthusiasts can look forward to the highlights being replayed over his award-winning Funk and Soul Show.

See below for a day-to-day run through of acts:

There will also be film screenings, artist talks, music and dance performances, live comedy and spoken word on offer.

With ventures like Mostly, it’s no wonder that Moseley Village was crowned ‘Best Place to Live in the UK’ by the Sunday Times. This relatively small capacity promises an intimate event which spares none of the lustre of big festivals. It’s also extremely easy to get to: simply hop on the number 50 bus from Digbeth Coach Station, which will drop you a 5 minute walk from the site.

Watch this space for further lineup announcements and afterparty details.