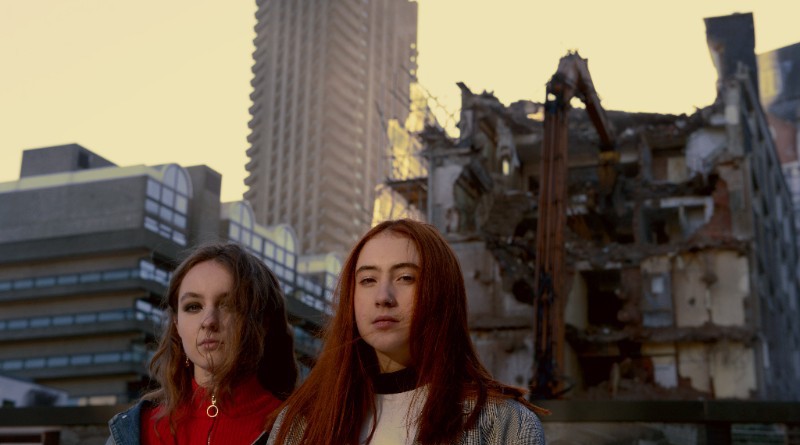 Let’s Eat Grandma are something of an enigma. The Norwich born duo were recognised by label Transgressive for their creativity, releasing “I, Gemini” in 2016. “I Gemini” got the world talking with its intrinsic beats and acidic Grimm style storytelling. Though they may be young, this teenage duo have their sound wrapped around their finger.

Many know Let’s Eat Grandma from the trippy walk in the woods that is “Eat Shiitake Mushrooms”. It twinkles with innocence, hauntingly floating with spritely voices and lyrics. The 2016 hit (recorded in an old nuclear bunker, for some reason) is poles apart from their newest single “Hot Pink” – it’s a pop game changer. To celebrate this, Let’s Eat Grandma will be embarking on a tour of the UK, bringing their new incongruous sound to The Castle and Falcon in Moseley on 11th April.

“Hot Pink” is damaged, jagged and delicate. The young age of Rosa Walton and Jenny Hollingworth is still a prominent theme, but naivety transgresses into an other-worldly knowing. Soft R&B verses with lyrics that plead an explanation for heartbreak spiral into clashes of metal and concrete beats. Heated, the chorus and following verses reclaim power in both gender and romance, shape shifting between soft glitter and shards of broken glass.

Produced by SOPHIE and Faris Badwan of The Horrors, “Hot Pink” blushes but also commands, much like the colour itself, as Let’s Eat Grandma explain: “”Hot Pink” is about the misconceptions of femininity and masculinity and the power of embracing both of them. It’s about self-expression and appreciation for an underrated colour.”

This evolution is a marvel to see from Let’s Eat Grandma. They’ve stepped out of the woods and into the city, leaps and bounds ahead of the rest. If this new track is anything to go by – their live performance will have hairs standing on end from television static, alien interference and an out-of-this-world sound that Birmingham better be ready for.

Let’s Eat Grandma will be performing on April 11th at The Castle and Falcon as part of a UK tour. Tickets can be purchased here.