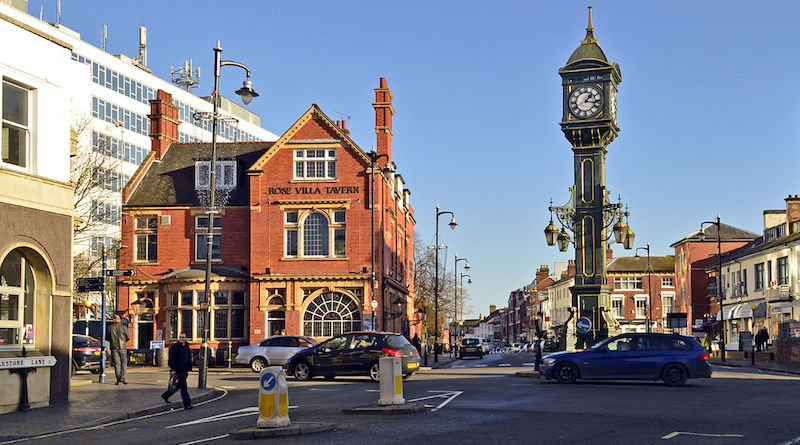 Although The Jewellery Quarter is national treasure in itself, there is much more to this area of the city than just jewellery shops.

This relatively small section of Birmingham is a designated conservation area, begging to be explored and boasts over 200 listed buildings nestled between its roads and side streets. It is easy to get to, being a 10-15 minute walk from the city centre, or accessible via the Midland Metro tram, which runs every 8 minutes at a cost of £1 each way from New Street Station.

Read on for our ten top reasons why this area deserves a visit.

A wealth of history

The Jewellery Quarter has a prestigious background with a history spanning over 250 years, having been a mecca for jewellery production since the 1800s. In 1824 the Birmingham Assay Office was granted permission to hallmark gold-ware and by the beginning of the 20th century an estimated 30,000 people were employed in the area contributing to the thriving industry, and helping Birmingham gain its name as ‘the city of a thousand trades’. To this day this historic area contains Europe’s largest concentration of businesses involved in the jewellery trade which are responsible for around 40% of the UK’s jewellery production. 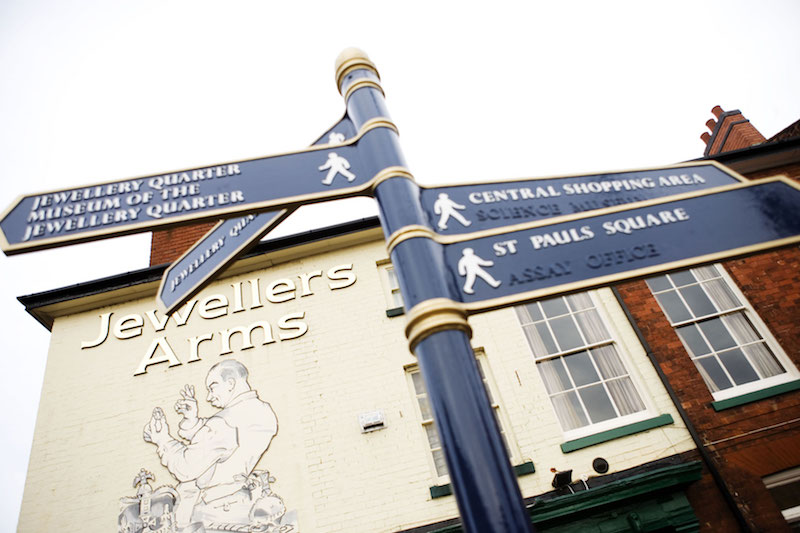 At the heart of the area is the famous Museum of the Jewellery Quarter, centred around the preserved workshops of the Smith and Pepper family-owned jewellery factory. The original factory closed its doors in 1981 and the museum offers visitors guided tours and a unique glimpse into Birmingham’s jewellery and metalworking heritage. Also in the area is the Pen Museum, once home to Riley’s pen factory and is the only UK museum dedicated to the pen making history of the 19th Century. It showcases Birmingham as the centre of the steel pen trade and the city’s important role in the communication revolution.

For those that prefer a museum out of the ordinary, The Coffin Works, housed in the old Newman Brothers’ factory, offers visitors a macabre look into the factory’s past. Once being declared as the makers of the world’s finest coffin furniture, guided tours are available, with machinery reinstated taking the visitor back to the factory’s 1960s heyday. 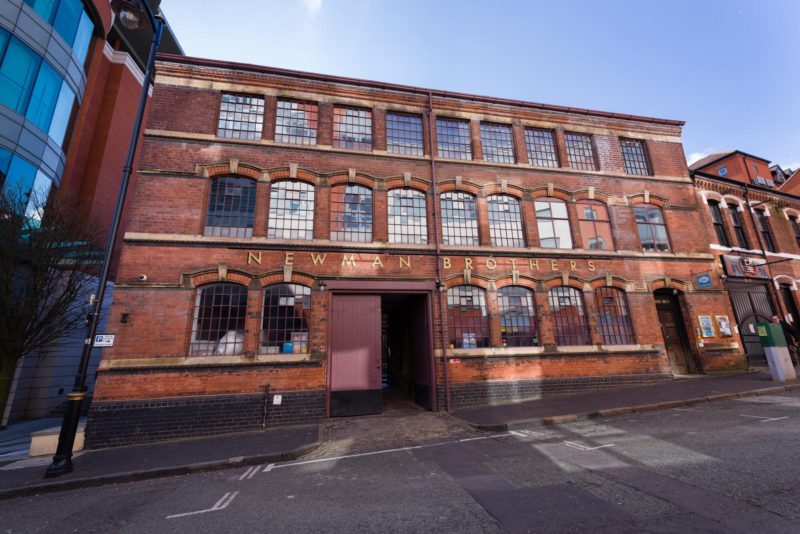 A beautiful place to visit come rain or shine, St Paul’s Square is the last remaining Georgian square in the city, built between 1777-1779 on the Newhall Estate of the wealthy Colmore family. The square was an elegant and affluent location in the mid-nineteenth century before industry saw the front of the buildings torn down to make way for factory entrances and shop fronts. Thankfully, the square was lovingly restored during the 1970s and is now an important cultural hub of the city, home to a variety of restaurants, bars and cafes, many of which occupy the Grade II listed buildings which form its boundary.

If it’s a drink or three that you’re after the Jewellery Quarter is the place to be. With all establishments in close proximity to one another it’s easy to get around and there is a venue to suit everyone. The Lord Clifden draws crowds in from all over the city due to its large garden and summer parties, and its sister pub, The Red Lion, (home to Birmingham’s exclusive pint, Budvar Yeast), mixes old and new with traditional features contrasting the contemporary artwork on display. Stripped-back family run establishment, The Wolf, prides itself on its large range of craft beers served in a relaxed setting, or if whisky is more your thing, check out Birmingham’s exclusive tasting rooms at The Birmingham Whisky Club. 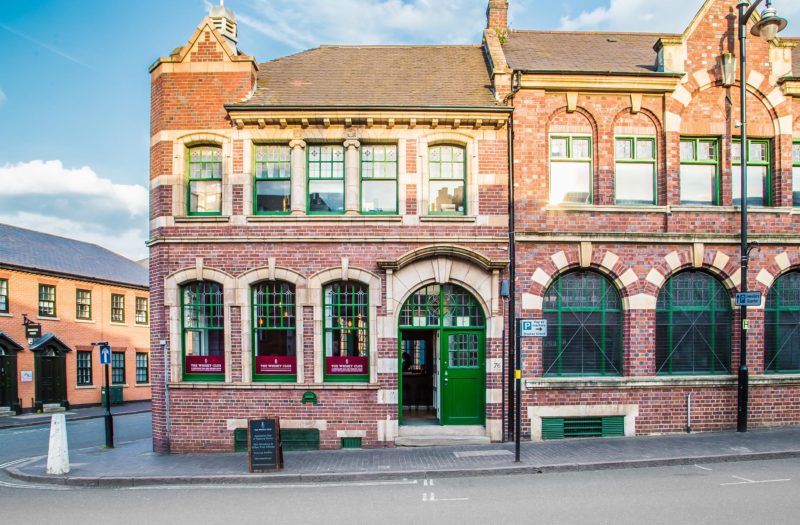 Given the relatively small size of the area, the music scene in this part of the city continues to thrive. Located just off St Paul’s Square, The Actress and Bishop regularly plays host to local, national and international acts, whilst on Newhall Street the quirky craft venue of 1000 Trades exposes the talents of local musicians, along with local chefs and artists. For those seeking a night out in a larger venue, The Jam House, partly owned by the legendary Jools Holland, offers visitors live music almost every night of the week along with an extensive food menu and space for private functions. 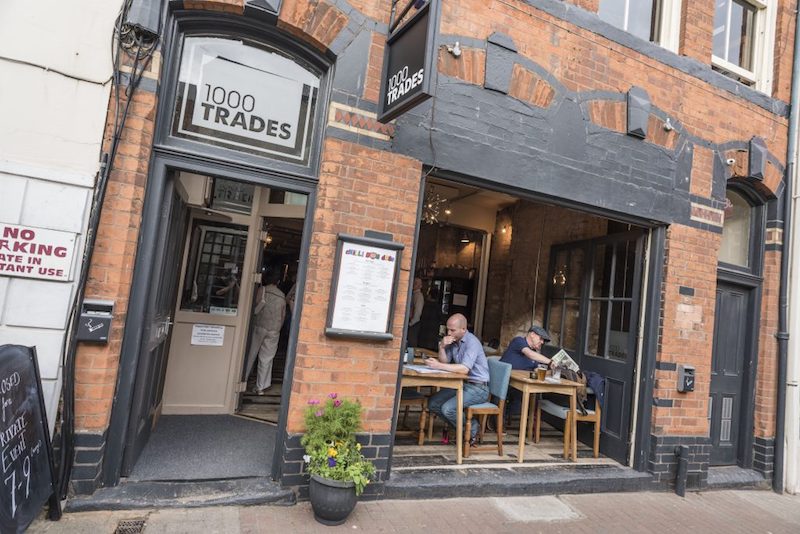 Eateries for all tastes

Whether its posh nosh or a quick scoff there is a place to satisfy all cravings in the Jewellery Quarter. Chicken lovers: you won’t want to miss The Rebel Chicken. One of JQ’s newest eateries has the largest beer garden in the district and some mighty fine chicken, all cooked on a bespoke charcoal rotisserie. The Button Factory has a swanky New York loft appeal with an outside terrace, a ‘living wall’ and specialises in meat cooked over an open flame. The Victorian charm of The Rose Villa Tavern is hard to beat, grand stained glass windows and antler chandeliers grace this traditional pub whilst the menu offers a casual American diner experience. For a unique fine-dining experience, foodies should head to the Michelin-recommended The Wilderness; we won’t ruin the experience for you so expect the unexpected.

Wood-fired pizza fans should head towards Otto and Peel & Stone at The Church Inn, whilst those wanting a comfy booth overlooking St Paul’s Square should browse the ultimate all-round menu at The Rectory. For groups of friends looking to share, the British tapas of The Pig and Tail should not disappoint along with the chic Spanish tapas and wine list on offer at Ana Rocha, and for the best Indian food in the city head to Lasan, owned by celebrity chef Akhtar Islam. 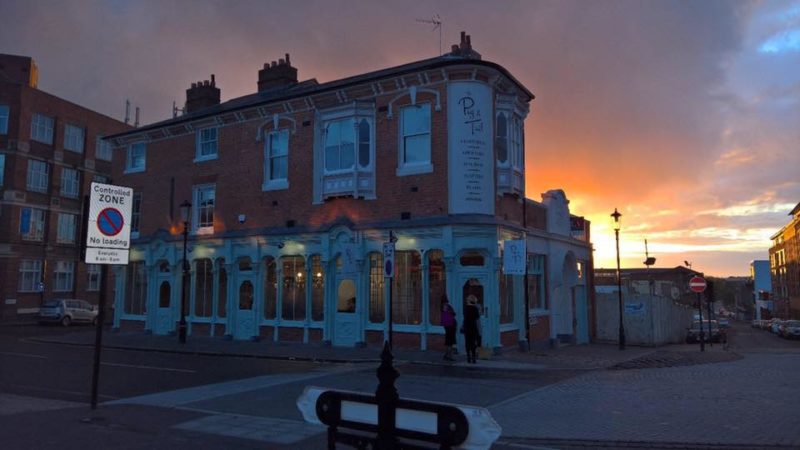 Hidden gems for arts and culture

The Royal Birmingham Society of Artists (RBSA) stages a variety of exhibitions of contemporary art at their Jewellery Quarter gallery all aimed to benefit people from the region, and focus on supporting new and emerging talent. All exhibitions are free entry and the gallery space can be rented out for artistic events and visitors can take part in various workshops. The area is also home to St Paul’s Gallery, the world’s leading retailer in signed limited edition album cover art and is a must see for music fans. The white wall gallery space is home to over 100 cover art prints on permanent display or sale from artists such as Pink Floyd, Led Zeppelin, David Bowie and The Beatles. For theatre fans, The Blue Orange Theatre on Great Hampton Street has a constant schedule of in-house and touring performances along with art-house films, acting and dance classes. For a dose of street art, Peaky Blinders fans should hunt for the Tommy Shelby mural done by urban artist, Zoot, in the courtyard of a recent development in St Paul’s Square. 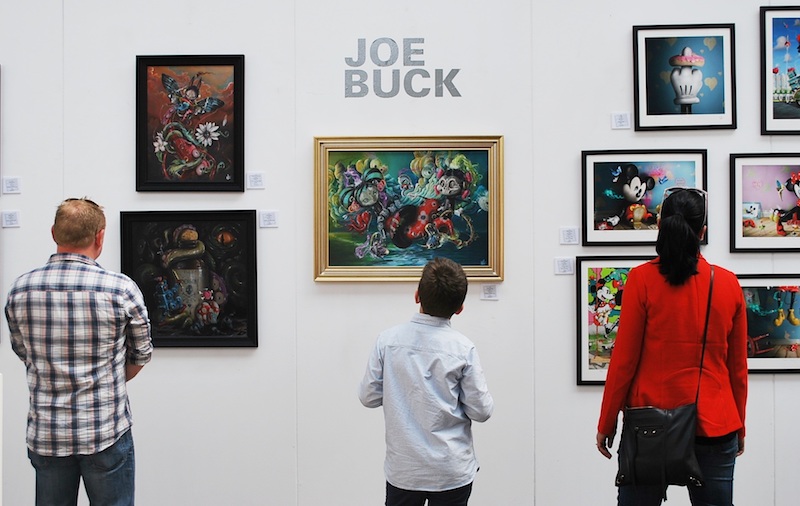 Situated at the junction of Vyse Street and Frederick Street with Warstone Lane, the Chamberlain Clock is an iconic landmark with an interesting story. The Edwardian, cast-iron, clock tower dates back to 1903 and was erected to honor Joseph Chamberlain’s tour of South Africa after the end of the Second Boer War. Chamberlain actively championed the Jewellers’ Cause through his campaign work to eradicate Plate Duties; a tax that was affecting jewellery tradesmen of the time. The clock was fully refurbished back to its former glory during the 1980s and it now stands proudly as a reminder of the hard work and dedication of Chamberlain and the Jewellery Quarters’ industrious past.

At the centre of the area is the striking architecture of St Paul’s Church, built in 1777 with the spire added in 1823. The church is renowned as having the cities famous industrialists, Matthew Boulton and James Watt, who proudly grace the back of a £50 note, as former members of the congregation. Allegedly, both owned their own pews which were brought and sold as commodities at the time. As expected, the church contains some impressive stained glass windows, one of which dating back to 1791 depicts the conversion of St Paul and looks particularly majestic at sunset. 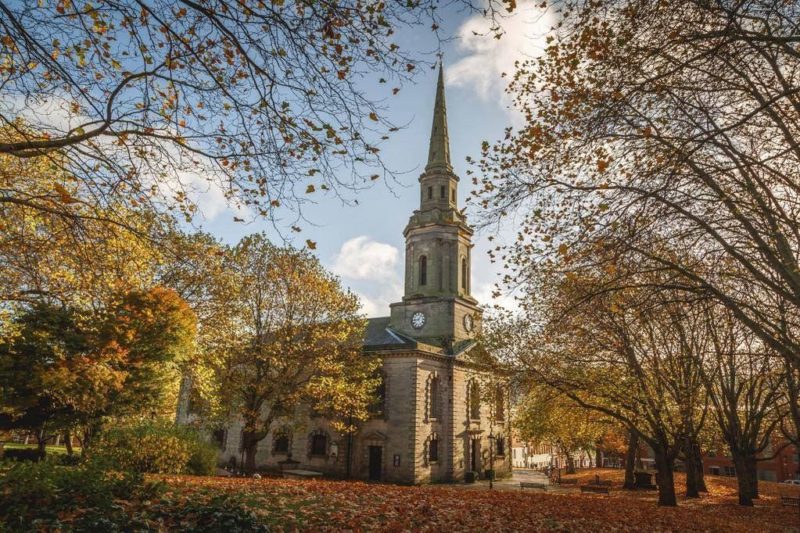 Cemeteries with a difference

Established in 1848 and Grade II listed, the Warstone Lane Cemetery is definitely the creepiest destination on the list but a place worth a visit to view the ancient Catacombs. The three-tiered burial site was originally created to solve a sandpit problem within the grounds and the notion of having raised burials aided the issue of overcrowding. Until quite recently the tunnels were open to the public and visitors who were brave enough could venture into them. Notable occupants of the Catacombs include world renowned typographer, John Baskerville, lawn tennis pioneer, Harry Gem and Thomas Scarrott, a soldier who fought at the Battle of Waterloo. Joseph Chamberlain’s grave site can be found at nearby Key Hill Cemetery which dates back even further to 1836. 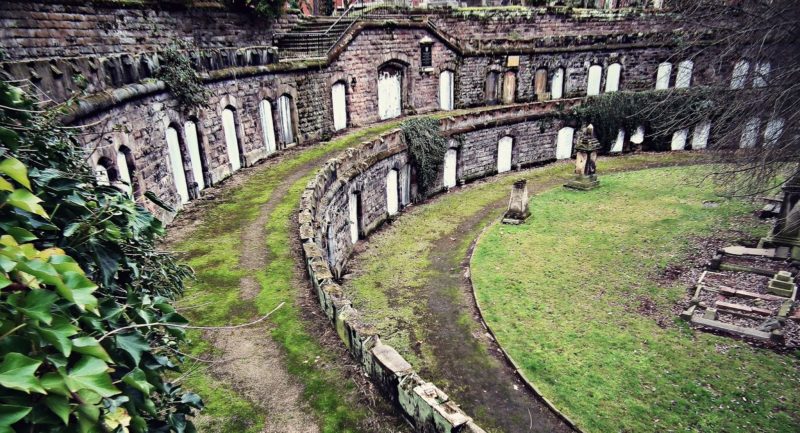