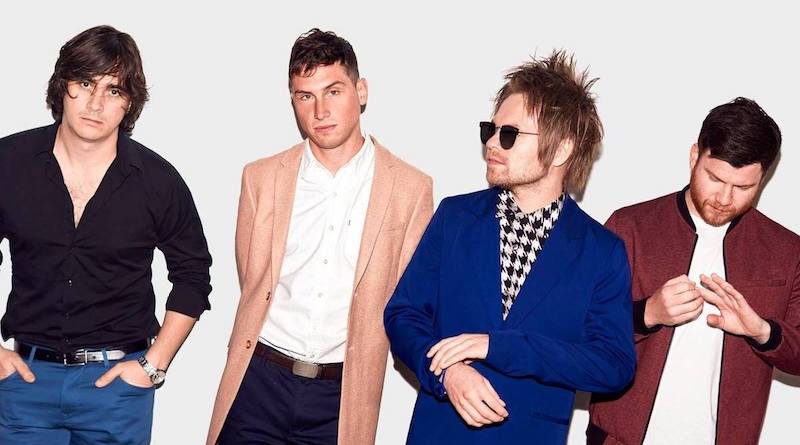 Slam Dunk, the festival that’s always full of your favourite bands, booze and good times returns once again in 2017 with possibly their strongest lineup ever. The festival will take place over the May bank holiday weekend – starting in Birmingham, at the NEC, on Saturday 27th May. We’ve compiled a list of the top 10 must see bands at this year’s festival.

Celebrating 10 years of their album ‘Take to the Skies’ Enter Shikari (pictured) are this year’s main stage headliners playing the record in full. When announced, this sent fans, both old and new, over the edge along with songs from more recent years – we can expect this to be one of the highlights of this year’s event!

Oceans Ate Alaska, Birmingham formed metalcore band, can expect to create a stir at this years show. Playing songs from their debut album ‘Lost Isles’, starting off in their hometown, on the Impericon Stage – so what can we expect? Headbanging, pits and some tasty riffs.

From one extreme to another, next we have Turnover, a band that could change the ways of the biggest hardcore fan with their mellow tones and with an atmosphere that could take your breath away. Their last album ‘Peripheral Vision’ took them on tour with bands such as Moose Blood, The Story So Far and Touche Amore setting them as one of the biggest contenders to break the scene in 2017.

Returning for the first time since 2013, Deaf Havana are back after releasing ‘All These Countless Nights’. The album represents a more mature take of their second full length ‘Fools and Worthless Liars’ with the addition of a new member, completing the line up. The band will be playing the main stage this year setting high expectations for Don Broco and of course this year’s main headliner Enter Shikari.

This year’s special guests Bury Tomorrow return once again and are aways truly a sight to behold when they take the stage. Playing for the fourth year in a row the Southampton lads always bring nothing less than their best and we can expect the same again this year. With favourites from past albums including last years ‘Earthbound’ you can catch them on the main stage.

Grab a slice of pizza, break out that old pair of Vans that your parents told you to throw away years ago and head down to the Monster Stage for headliners Neck Deep. Hot off their tour with A Day to Remember and New Found Glory the Wrexham pop punks are back once again with a new album in the works and we can expect to hear some new music this year.

After their split in 2013, Madina Lake have broken their hiatus to play this years Slam Dunk Festival and will be performing crowd favourites from their debut album ‘From Them, Through Us, To You’, making this years Slam Dunk the perfect opportunity for old fans to reminisce and new fans to finally see them.

Former My Chemical Romance guitarist, Frank Iero, makes his Slam Dunk debut with his new band Frank Iero & The Patience playing new material that will surely pull at the heartstrings of any MCR fans. Their latest release ‘Parachutes’ was met by positive reactions here in the UK by fans and press alike. The band will be playing the Signature Stage this year.

We Are The Ocean

Making Slam Dunk one of their last ever appearances on the Main Stage this year, We Are The Ocean have decided to call it a day after their ten year career. With hits old and new, including from their latest album ‘Ark’ from 2015, it will surely be an emotional rollercoaster from start to finish.

Suburban ska-punk legends, Less Than Jake, are due to play this years Fireball Stage alongside Reel Big Fish and Bowling For Soup. Spanning a career of twenty two years the band have a huge fan base along with an even bigger catalogue of songs. Bringing pop punk, saxophones and laughs all round this high energy set will be a mistake to miss.

The final few tickets for Slam Dunk in Birmingham are available here.