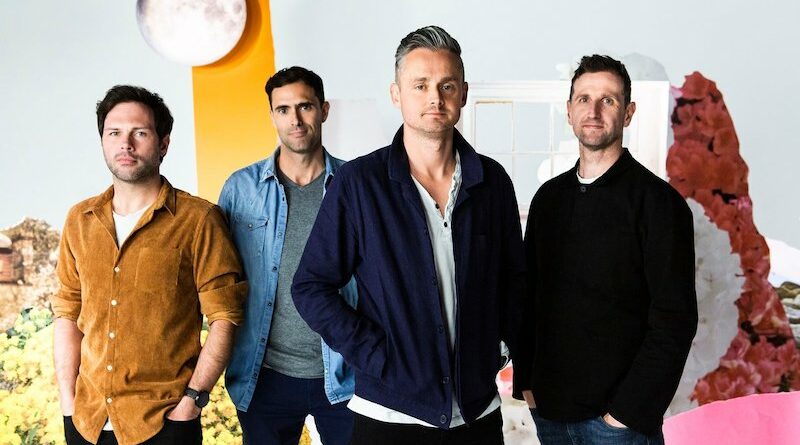 After a five year hiatus, Keane are heading out on tour in support of their fifth studio album ‘Cause and Effect’, stopping off in Birmingham on 24th September.

Laying claim to two of Q Magazine’s best British albums ever – their debut “Hopes and Fears” released in 2004 voted #13 and their follow up “Under The Iron Sea” in 2006 which was voted #8 -the band from East Sussex have achieved huge mainstream success, with their characteristic piano and keyboard led sound. With the release of their first commercial single (they produced 500 CD copies of their promotional single ‘Call Me What You Like’ on their own label Zoomorphic in 2000 and sold them at their pub gigs) the band had built up a reputation for solid live performances.

Their debut commercial  single release ‘Everybody’s Changing’ in 2003 on Fierce Panda records coupled with their live reputation saw them signed to Island Records who put out their debut “Hopes and Fears” a year later. With three top ten singles – ‘Somewhere Only We Know’, the second single release from the album reaching #3, ‘Bedshaped’ which reached #10 and the re-released ‘Everybody’s Changing’ which hit #3 – the album topped the UK charts and earned critical praise with Rolling Stone writing that it contained “more hooks than most pop groups manage in their careers.” Their follow-up album “Under The Iron Sea” released in 2006 also hit top spot in the UK album charts, with singles ‘Is It Any Wonder’ and ‘Crystal Ball’ gracing the Top 20 charts.

Their latest album comes after a gap which saw lead vocalist Tom Chaplin release two solo albums and pianist/song-writer Tim Rice-Oxley and bassist Jesse Quinn continue with their side-project Mt Desolation started during the Perfect Symmetry world tour in 2008. “I found myself wondering how I had come to let this very enigmatic and important relationship in my life drift”, is what Chaplin said had triggered the reunion, referring to his song-writing partnership with Rice-Oxley. Warming up with a host of summer festival appearances including Glastonbury, British Summer Time in London’s Hyde Park and closing the Isle of Wight festival, Keane kick off their almost sold out tour in Birmingham at the Symphony Hall on 24th September.

Listen to the latest single from the new album, “The Way I Feel” here:

Dates for the UK leg of the World Tour are below.