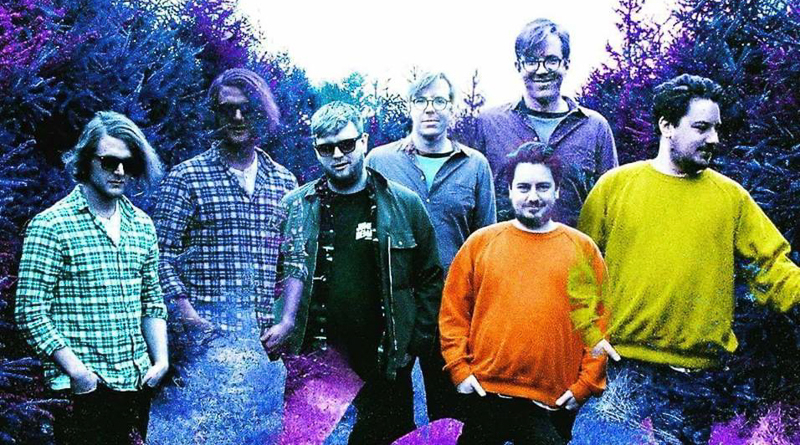 Having released an impressive 3 albums, 15 singles and recorded close to 100 songs since their inception in 2011, Birmingham’s hardest working band, Sunshine Frisbee Laserbeam, are set to release their latest double album, Sink or Swim/The Mirage, via the Weird on Purpose record label on July 21st.

Boasting a 20 song tracklist, the latest recording not only has all the catchy, fuzzed up guitar hooks and ferocious pop/rock energy of a band thoroughly enjoying what they do, but also proves to be a well defined offering from a band that have refined their own style of enthralling noise and have no problem proudly declaring it from the rafters. The raw energy that they exude during their live shows has been captured and transferred to their studio recording without losing an ounce of power and authenticity. Whilst album opener, ‘Sink or Swim’, with its frenetic riffs, scorching vocals and stomping drumbeat,  instantly opens the door to the garage lo-fi aesthetic that they do so well, further tracks such as, ‘King of England’ and ‘Drunk in the Sea’ prove that these guys can also pull a perfect piece of stripped back melody and eloquent lyrical work out of the bag when they choose to do so.

In support of their release, the band, along with local promoters This Is Tmrw, will be holding an album launch party beginning at 4pm at the Hare and Hounds on August 5th. The incredible line-up includes, Exotic Pets, Repeat of Last Week, Bad Girlfriend, Burning Alms, Sonne Mond, Yr Poetry, Black Mekon and music throughout from This Is Tmrw and Victories At Sea DJs.

Tickets for the event are available via Skiddle and full tour dates are below: