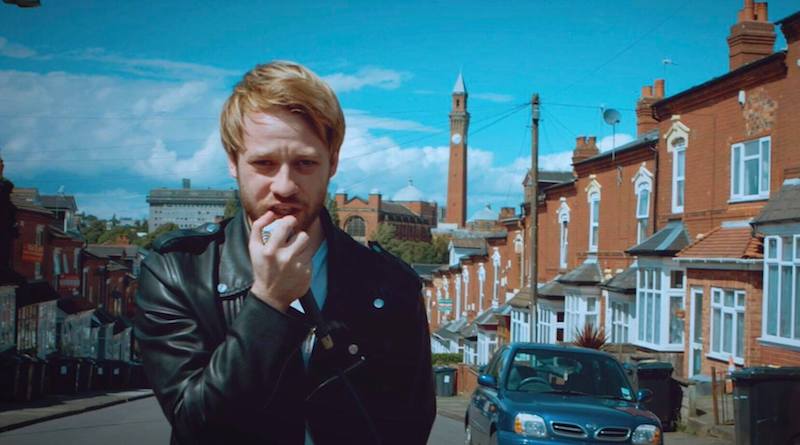 Local gems Blank Parody are set to become one of the greatest alt-rock acts the Birmingham scene has to offer, and their energetic new release is the only proof you need. After their stellar 2017 EP In Tension made up of six, outrageously captivating tracks, and a successful year of gigs and festivals, Blank Parody are releasing ‘Underachiever’ – one of the catchiest tracks from their EP – as a single, along with its own Birmingham-set music video.

The song does not waste time with unnecessary frills: a few seconds after the play button is pressed, the magnetic chord progression of Liam Howard’s guitar and Joby Fitzgerald’s fierce, husky vocals bewitch listeners with their dynamic and vibrant sound. Soon after, Connor Hodgkiss’ joins in with his vigorous, pungent drumming, adding depth and dimension to the already rich and intoxicating sound of the song. The dark, yet simultaneously hopeful lyrics ensure an instantaneous boost of optimism and confidence right form the first chorus. A hymn dedicated to the “dreamers,” “overbelievers,” and “underachievers,” Blank Parody encourage their listeners to fight back against those who try to bring others down, and to embrace one’s failures as much as one’s successes.

The song reaches its climax with an engaging, bold guitar solo, backed up by growly, distorted vocals, as the music video takes its viewers on a journey through The Flapper. It was sadly recently confirmed that this iconic and monumental Birmingham pub and live music venue will be shut down to allow for the construction of a new apartment block. As such, what setting could better symbolise the struggle against everyday antagonists than The Flapper? Black Parody turn the song into a political outcry in the defence of local music, as the song and the magician in their video express the determined, continuous endeavour to live one’s dreams regardless of the obstacles found along the way.

The single, released on February 2nd shortly after a gig at The Flapper itself, is a perfect example of why it is important to support the local music industry. It is original, daring, electrifying and, with its catchy riff, a hard one to forget. It is an excellent display of Blank Parody’s indisputable talent, and it sets up the young band as the new tenacious and passionate voice of the alternative rock Midlands scene.