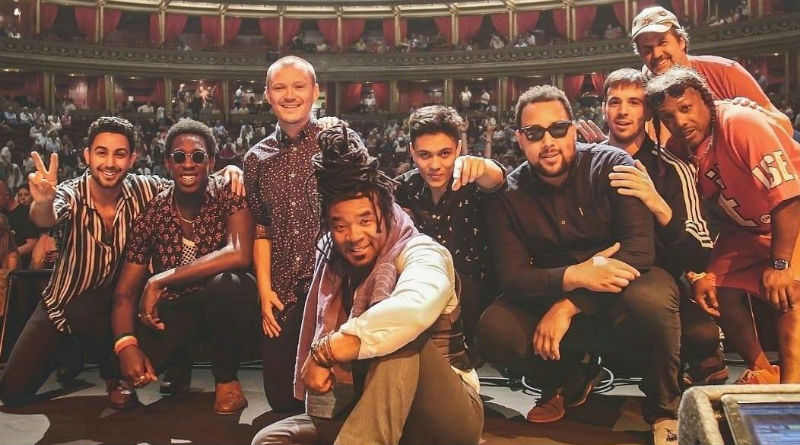 Kioko‘s new EP covers hits such as ‘One Kiss’ by Calvin Harris and Dua Lipa, ‘On My Mind’ by Jorja Smith and Preditah, ‘Better Now’ by Post Malone and ‘Castle on the Hill’ by Ed Sheeran. The EP came about when the band were approached by Jamal Edwards of SBTV to do some recent covers on their channel.

Kioko bassist Ben Torrens explained how the EP came together: “We were really happy with how our arrangements came together so we decided to record them in a studio and release the tracks together alongside the videos. Plus, UB40 let us use their studio which was super nice of them. The tracks were chosen because we wanted fairly current chart material in order to fit in with the SBTV aesthetic, so basically, they’re some of our favourite pop songs out right now. The only exception was the Jorja Smith track which is a few years old but still fits the SBTV style and we wanted to throw some love to a Midlands artist who’s absolutely killing the game.”

The EP kicks off with the band’s take on ‘One Kiss’. While the original is already quite a happy upbeat song; Kioko take it to the next level, a real joyous song that fills you with sunshine. Warm vocals and brass give it a summery bouncy reggae feel.

The second cover is ‘On My Mind’, which is a little more melancholic than the opener, probably due to the nature of the subject matter of the original song. Matt’s vocals are very emotive and he really makes it his own. On ‘Better Now’ the vocals are actually quite similar but Kioko’s take has more of a squelchy beat with some happy sounds that could be from a retro gaming soundtrack, drums and percussion add a fresher vibe than the original. The final track is a cover of ‘Castle on the Hill’, a return to that summery reggae style of the first track.

Overall these covers are definitely improvements on the originals, especially for those reggae fans amongst you, stand-out track being the opener ‘One Kiss’.

Keep up with Kioko via their Soundcloud.