The Wailers – original members of Bob Marley’s band bolstered by a roster of younger members – lit-up the O2 Academy on 15th March for a night of heartfelt reggae and roof-rapturing singalongs.

Arriving on-stage just after their ticketed time, superheroes of classic reggae, The Wailers, received a hero’s welcome. The nine-piece band, comprised of every instrument essential to the reggae cocktail – alongside two athletic and rapturous backing singers who doubled as a dance act among themselves for fun – brought a strong sense of spirit and love to the room. 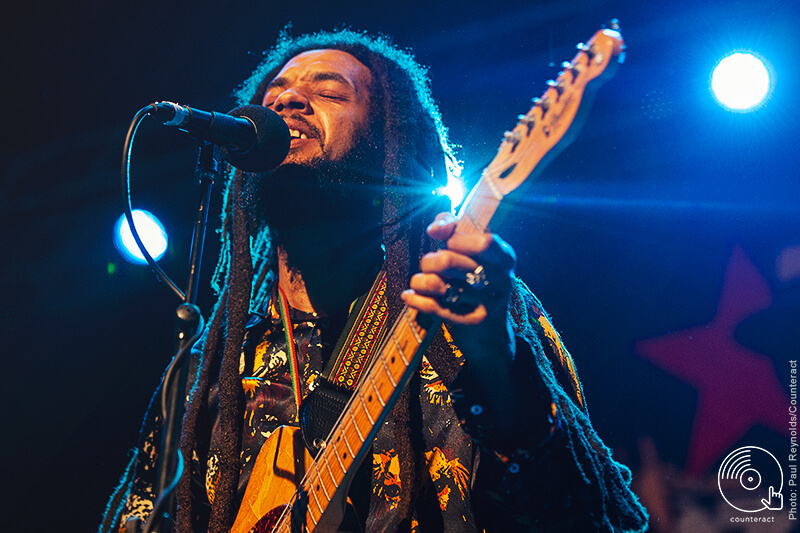 Perhaps a old-hack cliche for reggae music and Rastafari religion (of which, frontman Josh David Barrett, ascribes to), peace and unity was undoubtedly at the forefront of this show – which made the performances a cinch more heartfelt and loved by the crowd. A bobbing sea of heads of all ages and backgrounds, the room did not stop Jammin’ to the entire set, even bucking the trend of a mid-set lull sometimes found at many shows. This was a responsive crowd who clearly adored the music of The Wailers.

Bringing out four of the band’s children on-stage to Positive Vibration, frontman Josh culminated the track talking about ‘the children of the future’; ‘this is for them’. A brief segue to lament tragic losses in the past week (Christchurch, NZ’s mosque attack; Ethiopian Airlines 302’s crash), there’s a sense of mourning translated into respect – aided by the music in the room. 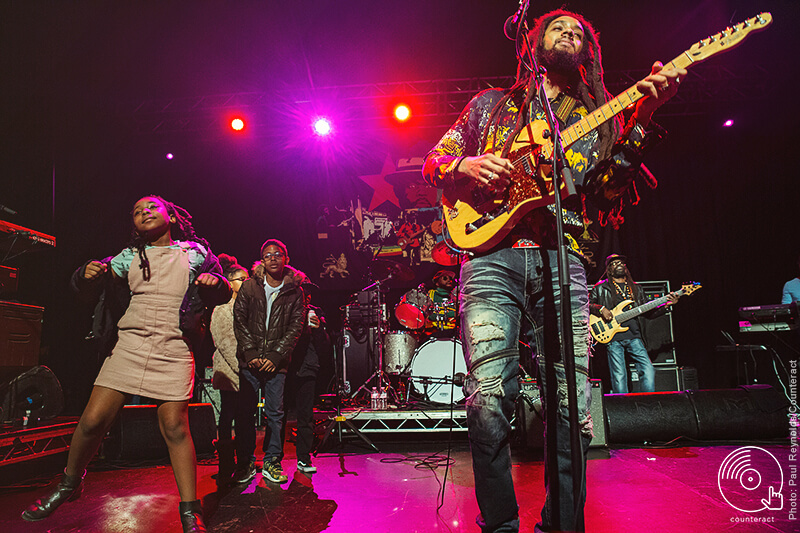 Hits were hashed-out to the crowd (Buffalo Soldier; I Shot The Sherrif; Get Up, Stand Up) just to name a minuscule few, though a noticeable emission of  Could You Be Loved had this reviewer lamenting for his favourite of Bob Marley’s back catalogue. Regardless, between opening with Natural Mystic and closing with Exodus, there was even time to bring out the Wailers’ original guitarist, Aston Barrett, who basked in the cheers of the crowd. 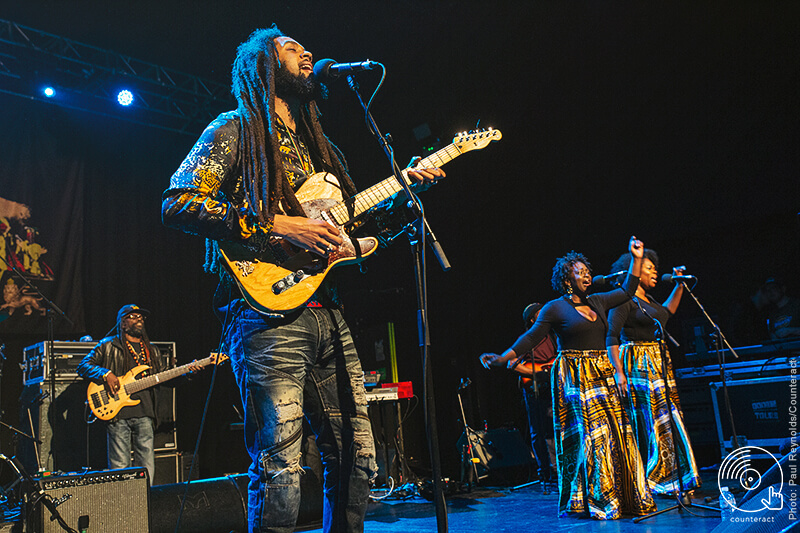 Whilst the original political statements of the music may have detached slightly from its original meaning, the sentiment of love and peace is intact, now associated with danceable music that crosses continents, genres, faiths and backgrounds.