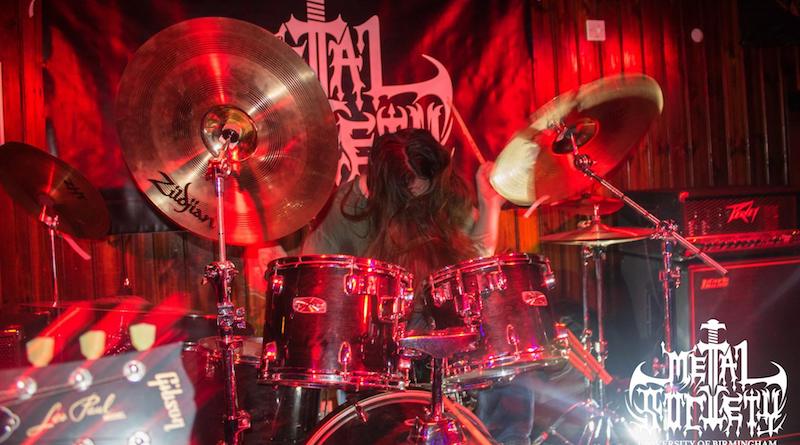 Raw, passionate, and with a characteristically brooding intensity, this was a personal and fan-centric performance from celtic-inspired metal trio Torous. Returning to the city for a one-off headline show ahead of their tour, Torous took to Birmingham’s Subside, an appropriately intimate setting in one of the finest rock & alternative bars in the region.

The support came from Aramantus, a female fronted four-piece who boasted progressive metal grooves and a rather unruly Rage Against the Machine cover, and King Corpse, with a slurried display of doom-tinged heaviness. The University of Birmingham society event, organised by a motley crew of impassioned student metalheads, provided the perfect backdrop for Torous’ climactic flourish to a well curated event.

Opening to the whimsical sounds of a traditional Irish flute – Torous‘ core identity is immediately emphasised – the crowd waits with anticipation. Then, crashing into the main body of ‘Frontline’ with a flurry of drum fills and hard hits, a stable yet heavy bass line, and a slow marching distortion of the lead guitar, the energy in the room erupts immediately. The tone was set. 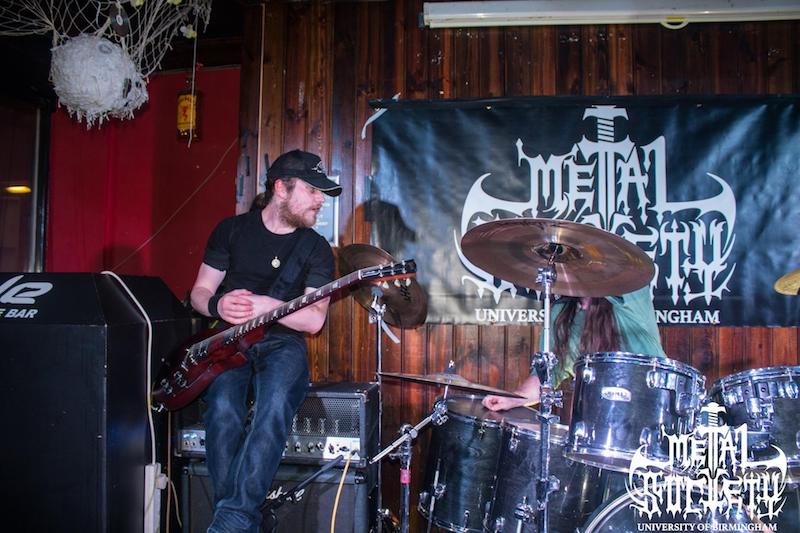 Throughout the performance each musician wasted little time in fading from the limelight. Tom’s exceptionally quick double bass drum breakdowns were shadowed only by his ability to smash the kit with an expertly aggressive precision. The stand-in bassist, Chris, who risked disappearing amongst the senior band members, wielded an unfaltering knowledge of the track’s complex bass lines, and a presence on stage all of his own.

Then, of course, we have lead guitarist and vocalist Marc Malone, the lyrical aficionado bringing the compositional formula together, a man who clearly values his connection to the fans, breaking up tracks with brief, yet humble message to the masses. While performing, eyes remain locked to the crowd ahead, only ever really turning away to jam out his unique brand of Torous-esque guitar solo – slick, instinctive and proficient. 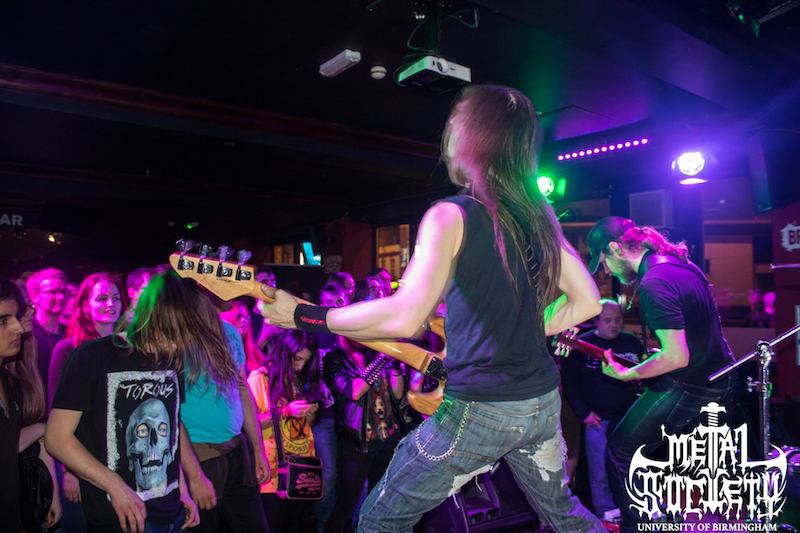 Despite a dramatically shortened set to what the band are accustomed too, the performance remained unhindered. The setlist was eclectic, meandering neatly from start to finish, showcasing a dense yet diverse spread of the band’s current discography. The stand out tracks of the evening came by way of ‘Colours’, with its subtle celtic riffs and an aggressive, yet wholly infectious vocal line and overall melody, and ‘Seven’, an instrumental medley more akin to the sonic alienation of the early nu-metal era.

A unified atmosphere persevered all night, with crowds and bands alike interacting and engaging with no pretense (no doubt propagated by the outrageously cheap drinks prices), a testament to the overwhelming sense of belonging and community felt throughout the venue. A final kudos then to the night’s student promoters, for orchestrating the metal-centric affair.

Torous are certainly one to keep a trained eye on, blurring themes of loss and pain, oppression and anger, and the loss of cultural identity, themes that resonate with so many in these current times of turbulence, disillusion, and confusion. Generating something of a buzz in the underground metal scene, around the UK and the world over, they’ve secured air time on both mainland, and “across the pond” radio. Touring over the final months of the year, and with new material planned to drop in Autumn of 2018, there’s no telling where the limit lies for this ambitious celtic-metal outfit.