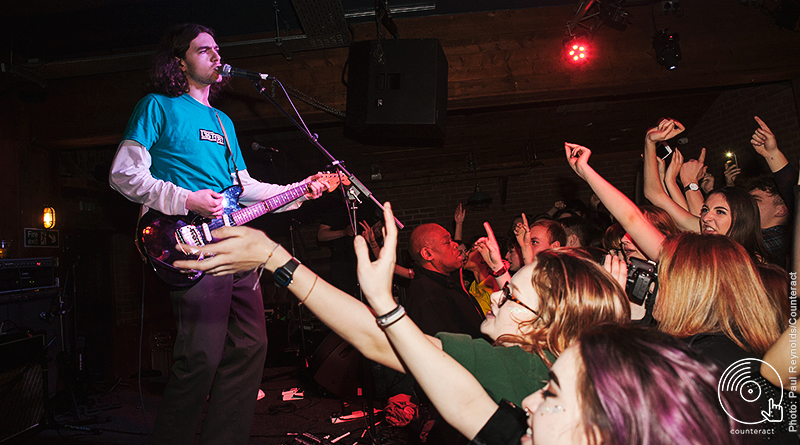 There’s nothing like a discrete venue to give your Friday night more of an exclusive feel, and The Castle & Falcon was the perfect space for the sold-out gig, packed with spirited fans.

Sugarthief opened the night with their infectious indie sound and poppy beats, proving as memorable as a headline act. The quartet never fail to ooze enthusiasm and an open appreciation for their fans singing back their lyrics to them. 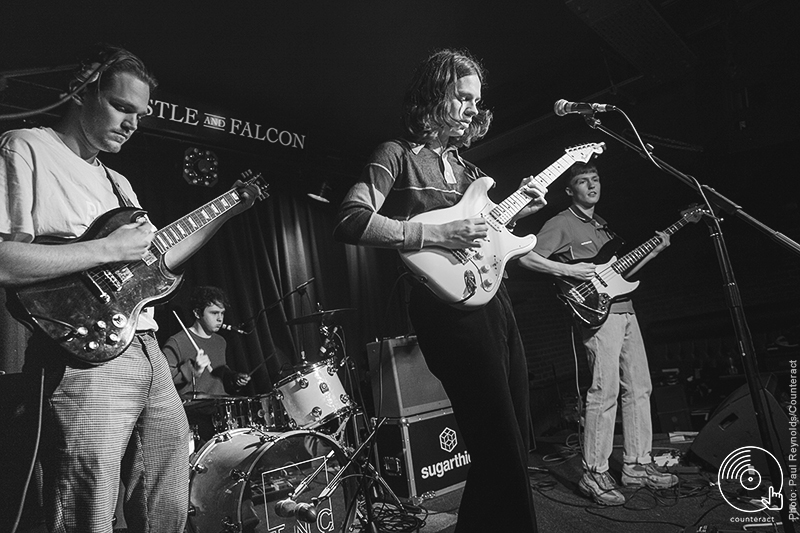 Their popular track ‘Joy Affair’ is now an upbeat classic for the Midlands group whilst ‘Where Did It All Go So Wrong?’ mirrors their influences from the early and timeless tunes of Arctic Monkeys, bringing out screams from the crowd after the first single note. 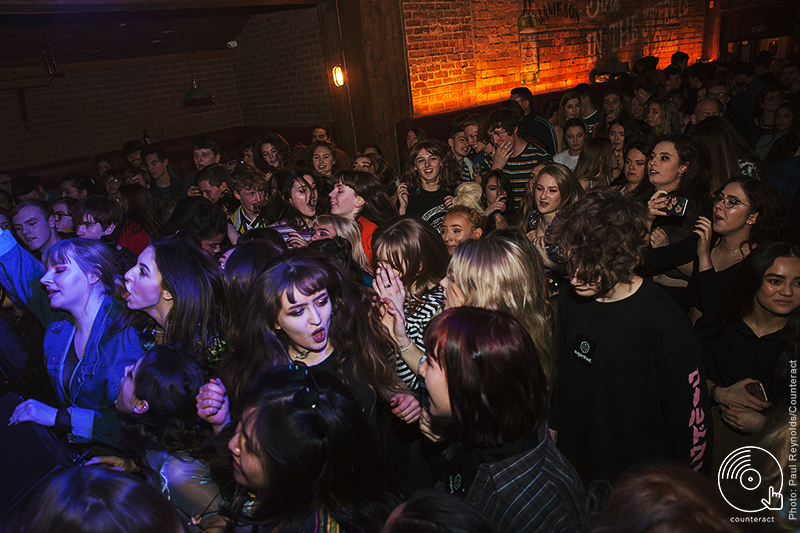 Next up, with Sugarthief watching from the sidelines, was Plaza. The second support act performed singles ‘Youth’ and ‘Blood Orange’ and, with the post-metal sounds and dark beats, it seems like the trio are deep thinkers when it comes to their lyrical creations. 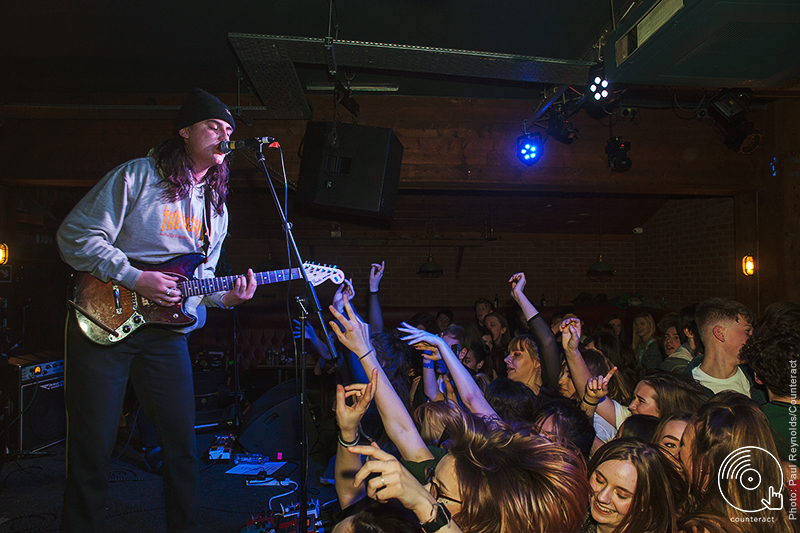 With the lead singer’s hood up for the majority of the set, and the drummer’s long hair dangling in front of his eyes, it was evident their vibe was very different to Sugarthief. Although their playful nature shone through in between tracks, with all three joking with the crowd to laughs and jeers. 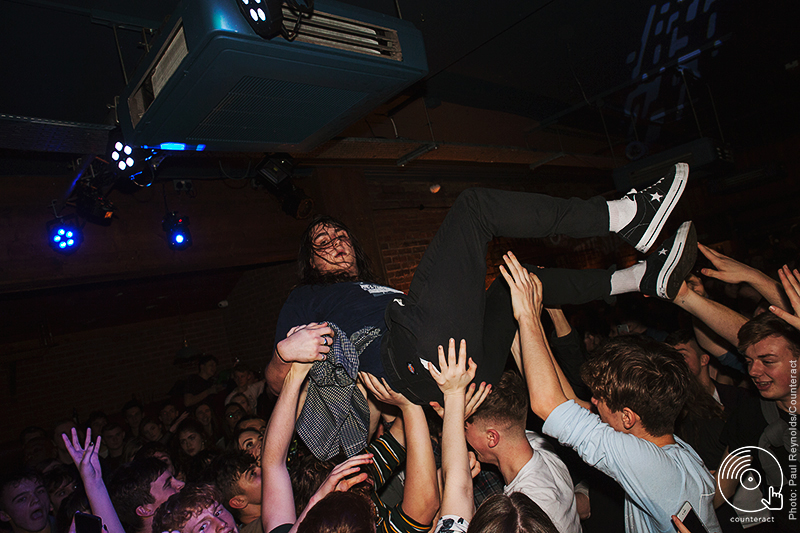 Plaza ended their set with the lead singer leaping forward and crowd surfing in one of the only moments where the floor wasn’t succumb to an extensive moshpit. By this point, the room was rammed, every inch covered with all members of the audience standing ready and eager with a drink for The Night Café.

The vibe the night ended on was a chilled yet cheery one with ridiculously catchy beats and Scouse laughter in between. The four boys opened with the song that really put them on the map – ‘Mixed Signals’ – taking us through a story of heartbreak with a slowed-down, raucous sound and brutally honest lyrics like ‘I just got f***ed and you made the decisions, it’s so much harder now you’re not mine.’ 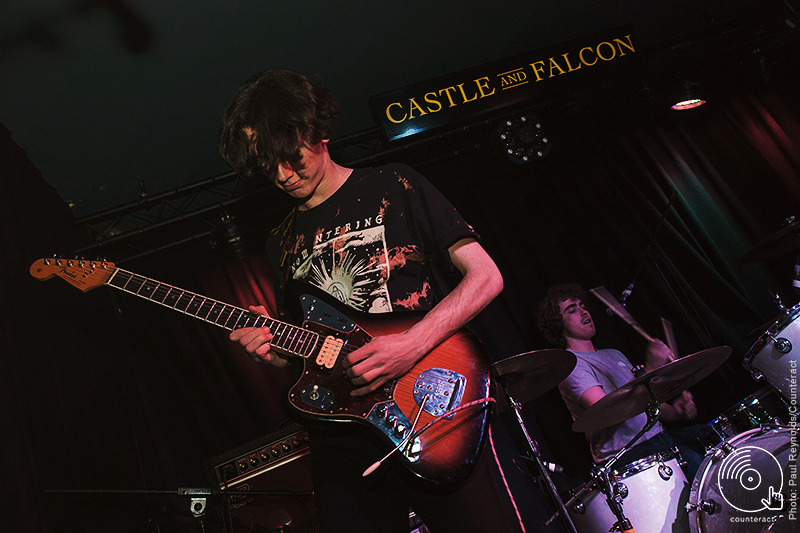 With every track feeling so easy to listen to, it’s impossible to put your finger on the most compelling factor of the Liverpudlians aura but one thing it definitely has something to do with is lead signer, Sean Martin. His voice echoes flawlessly as he delivers lyrics so pleasant to seep into and bop along to after a night of full variety.

‘You Change With The Seasons’ lifted the mood even more so with a track that almost makes the other instruments take a back seat to truly show off every aspect of Martin’s voice; this is all until it distorts in the dreamy, spacey instrumental fans start to get lost in. 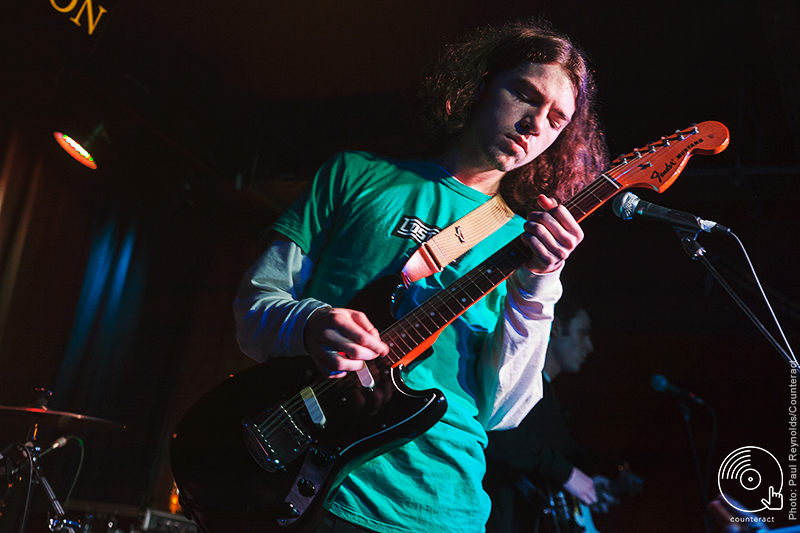 And just when you think the foursome are so at ease on stage with nothing but familiarity for a crowd as bustling as Friday night’s, Martin utters a few words before their final track that ooze gratitude: ‘This is the biggest (headline) crowd we’ve ever played to, and we can’t thank you enough.’ 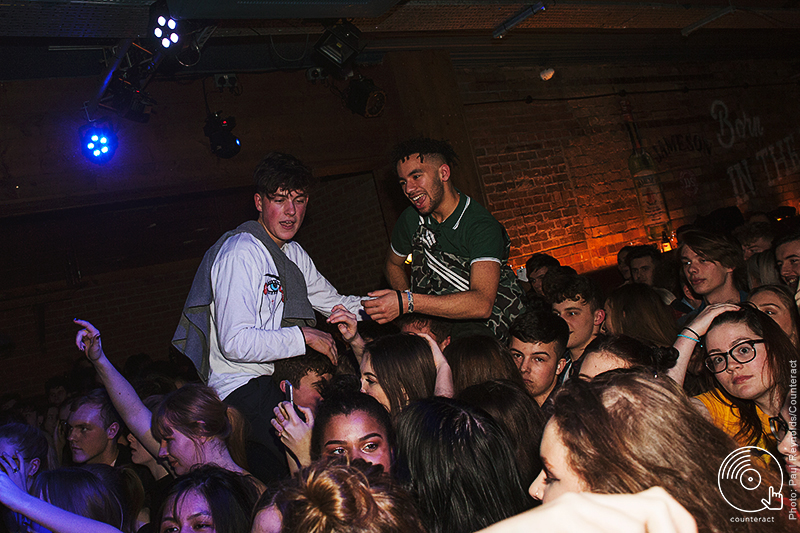 Finishing with ‘Addicted’ was a clever move, with the intro holding nuances to The Police, mesmerizing the crowd into seeing The Night Café as unforgettable as the much-loved icons. The whole room swayed and bopped in harmony, mouthing the lovey lyrics in unison: ‘Let’s go to a house out by the countryside, we’ll go just us two. I’m addicted to you, I’m addicted to you and you know it.’ 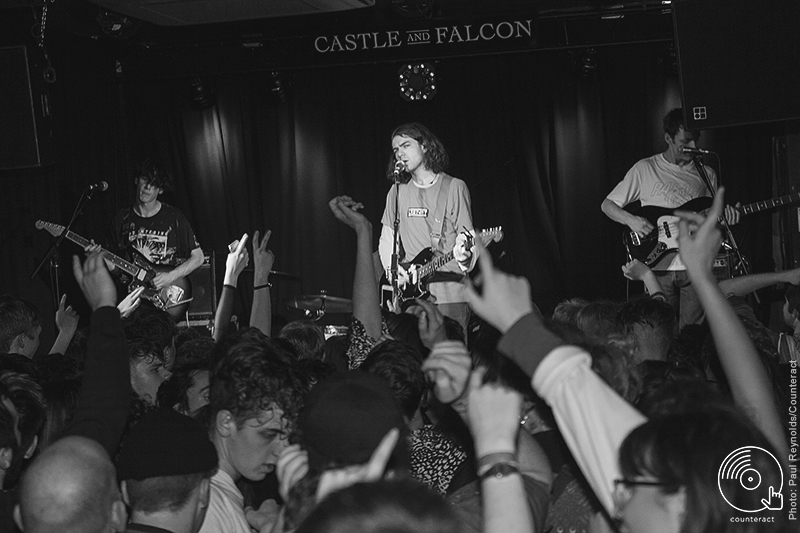 The Night Café’s versatility isn’t just limited to their music either; following their social media accounts means your timeline will be blessed with retro-style photos and all the right tour updates alongside advice you just can’t say no to: ‘spend that tenner your Nan gave you wisely’.