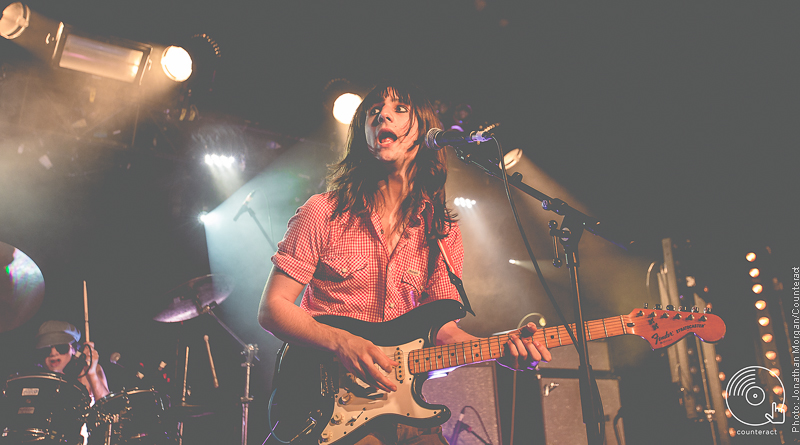 There’s nothing like a night of live music to lift your spirits at the start of a new week, and it’s not that often the support is someone you feel was as memorable as the headline act. Flyte were the perfect opening to get the crowd hyped for The Lemon Twigs; both bands echo nostalgic sounds of The Beatles, giving you a dreamy escape for a Tuesday evening. 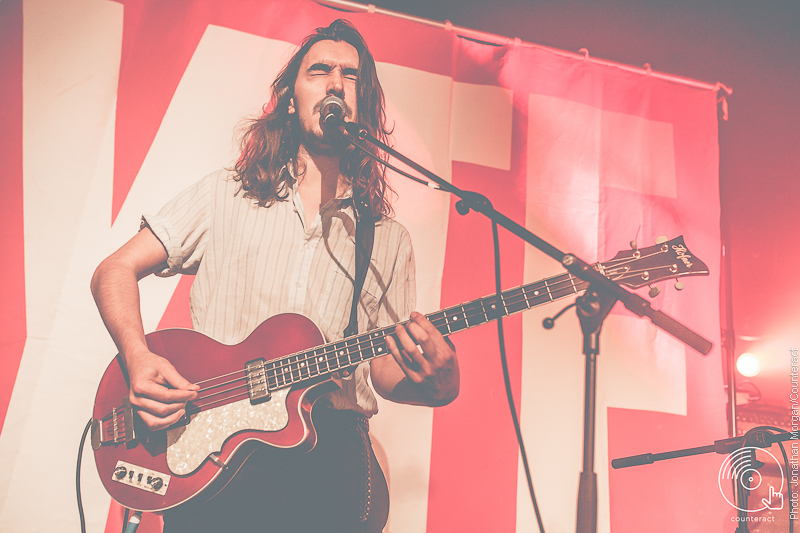 The alternative, all-male band complimented eachother in just the right way, delivering laid-back melodies that had people singing the lyrics in seconds. Their sound is similar to that of The Night Cafe and The Magic Gang; this mix of indie-pop and indie-rock gave the fans numbers to slowly sway along to, picking the words up quickly, and ones to bang your head to without any moshpits to avoid. 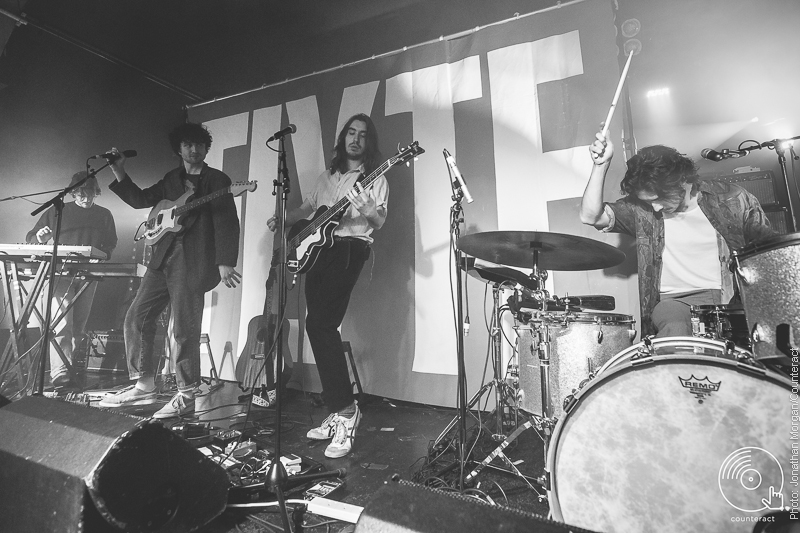 After working their way through fans’ current favourites from the debut album including Victoria Falls and Cathy Come Home, Flyte presented the venue with a truly unique cover of Alvvays’ Archie, Marry Me. The stripped back, acapella version of the popular indie song was really something special and thankfully this is one securely listed on their album, so hats off to Flyte for a performance the audience are most definitely still talking about. 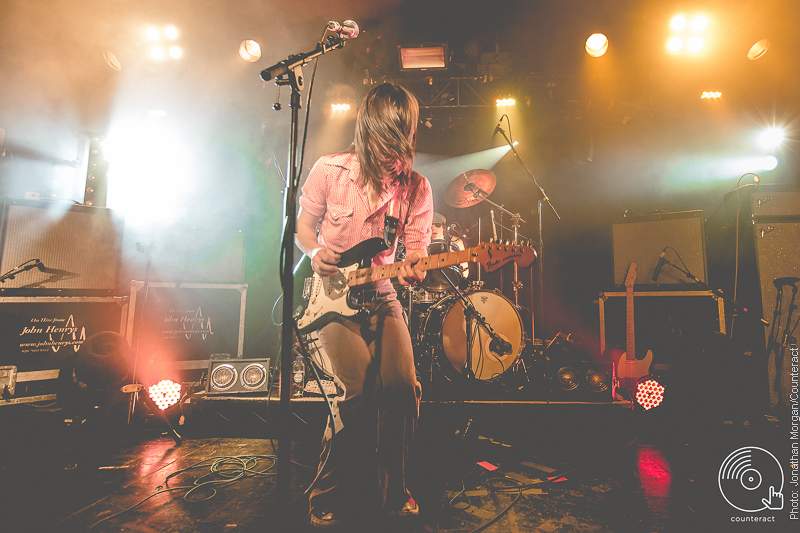 Next up was the main attraction, The Lemon Twigs, who came onto the stage with a friendly introduction before confidently heading straight into the first, and arguably most recognised, on the setlist. I Wanna Prove To You definitely set a beautifully nostalgic tone for the rest of the night with an almost old-fashioned sound that has your mind transported back 50 years.

Their simple lyrics about love are definitely Beatles-esque and it quickly proved obvious to the ear that the New York quartet were raised on a healthy record collection of all things 60’s and 70’s. The nuances heard within their songs are more of an ode to their musical heroes than anything else. 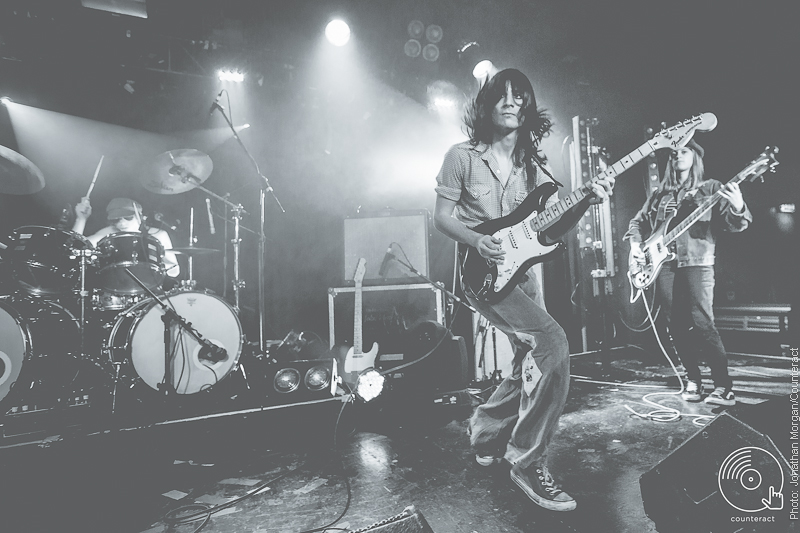 The retro sound ironically clashed with their bizarre sense of style, particularly Michael, one of the D’Addario’s brothers’ choice of baker boy hat and sequin dress. Both artists front one half of the set each, starting with Brian blowing the crowd away with a voice you don’t expect from a quirky indie musician whilst Michael bashed away at drums with a whole lot of passion.

As well as musical embodiment, he represented a physical one of his heroes, reflecting Keith Moon’s flamboyant drumming style and Iggy Pop’s chaotic and boney stage presence. His jumps off the speakers and energy around the stage gave an entertaining watch alongside the music. 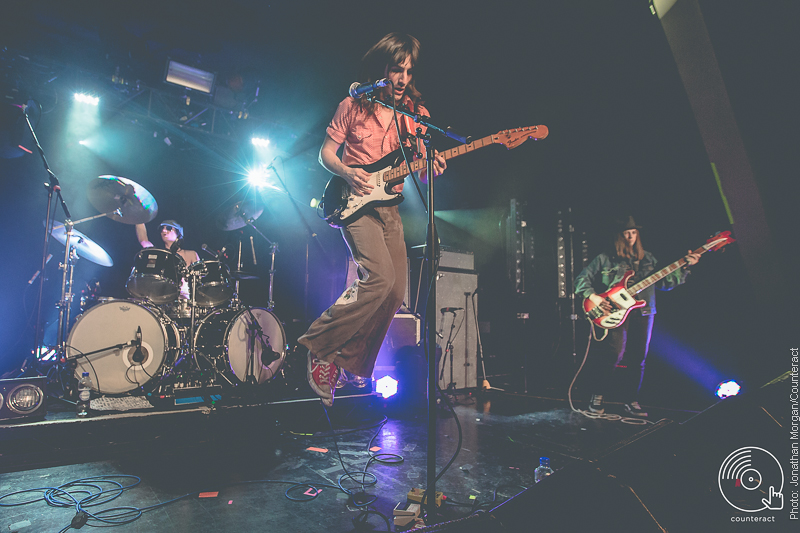 Both brothers continued to bring a punk attitude accompanied by harpsichord runs and quirky time signatures throughout the set with other hits from debut album, ‘Do Hollywood’ and the more recent EP ‘Brothers of Destruction’; Haroomata, Baby baby, and Why Didn’t You Say That?

The fifth song performed was actually the band’s own cover of a song rooted in rock and roll, Jonathon Richman’s You Can’t Talk to the Dude, which was a surprisingly nice touch halfway through a set of favourites. But, what came as no surprise was the encore that followed The Lemon Twigs’ dramatic exit off stage. Of course the fans wanted to hear more of the group’s own creations inspired from what sounds like their parent’s vinyl collection. 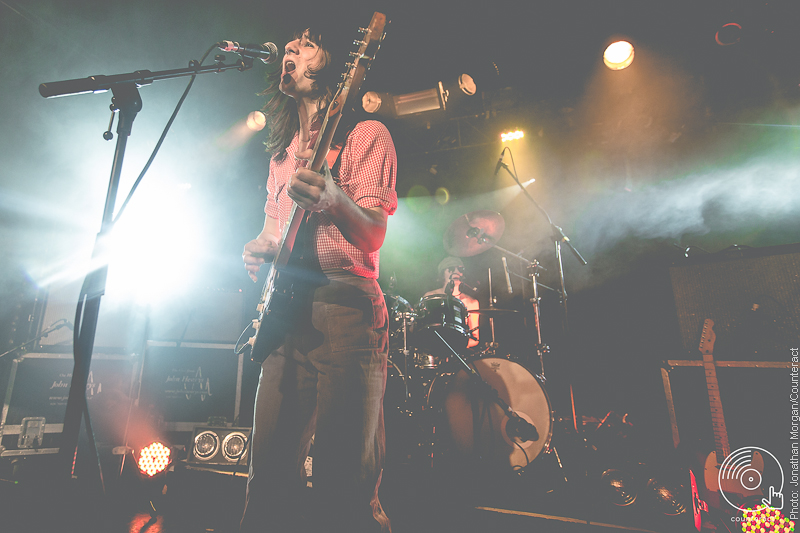 Light and Love and Queen of my School brought the show to a fantastically glamorous end as both songs showed off Michael and Brian’s voices like never before. The beautiful harmonies and graceful lyrics overwhelmed the room, silencing any mutterings and creating a real memory for everyone who was genius enough to get a ticket. Not a gig or band to be forgotten or underestimated as The Lemon Twigs are certainly nowhere near done.

24 year old Brummie journalist with The Twang, The Streets, The Beatles & Elton John sitting amongst my favourite music

24 year old Brummie journalist with The Twang, The Streets, The Beatles & Elton John sitting amongst my favourite music