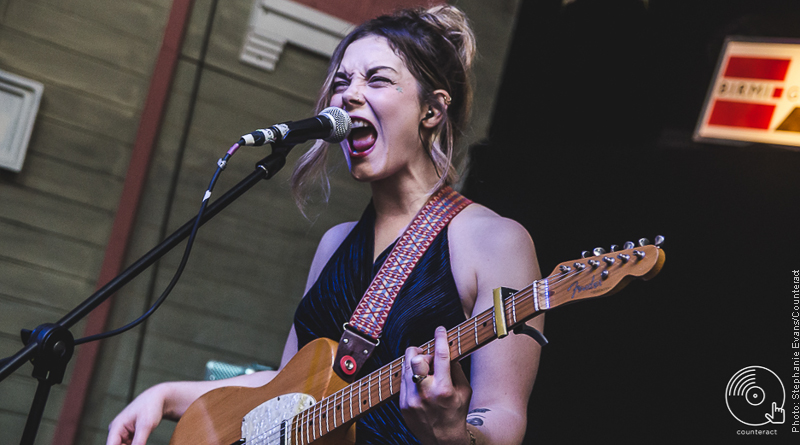 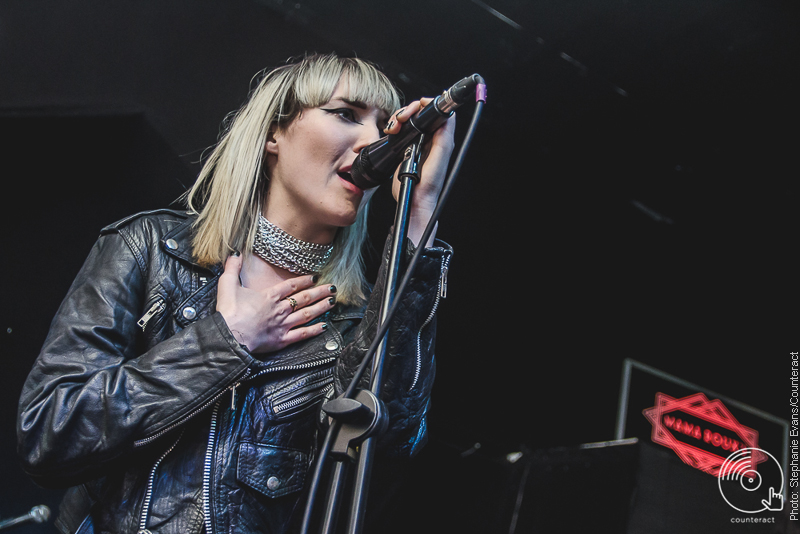 PINS don’t come across like a shy support band trying to win over new fans. From the get-go they perform with the irreverent swagger of a group who already own the room. Their riff-based, post-punk jams have an economy to them, in that they don’t bother with a second chord if it doesn’t need to be there. Is this riff good? Cool, let’s keep going with that, then. The band was allegedly formed by fashion photographer and lead singer Faith Holgate, and it is therefore no surprise that their sharp image matches their darkly alluring sound. They also have a keen sense of performance, during ‘Girls Like Us’, Faith makes her way into the crowd to dance among some of the aforementioned girls. The blokes at the front politely step out of the way. PINS end their set by transitioning into a more lighthearted pop-punk mode, setting the tone nicely for Honeyblood to follow. 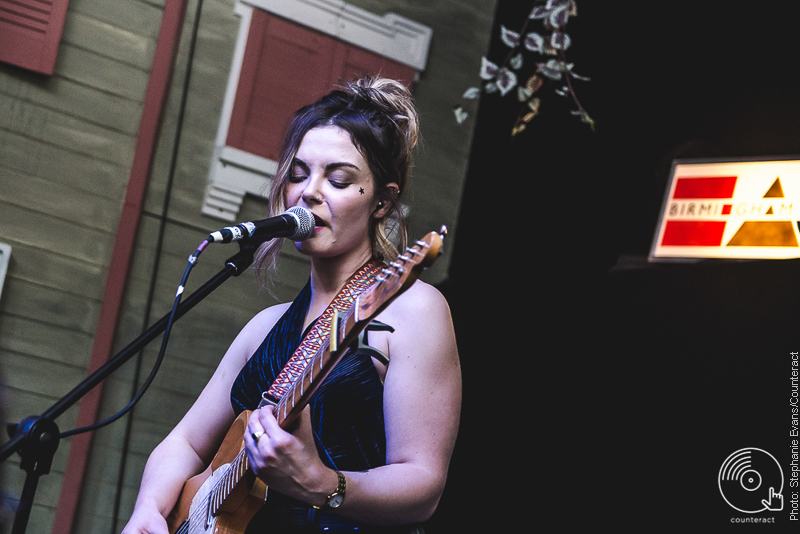 Honeyblood blast their set open with ‘Ready For The Magic’, the lead single from their recently released second album, Babes Never Die. Having gained somewhat of a cult following off the back of their 2014 debut album, this gig feels like a culmination, a gathering together of everyone who’s spent the last few years putting Honeyblood on at parties and being asked “who’s this?” Everyone knows the words to all the songs, and the sold-out show vibes with affection. Singer and songwriter, Stina Tweedale proudly declares that “tonight, we’re going to play all the new songs off the new album”. As Babes Never Die is arguably a more consistent album than, Honeyblood, this announcement is met with cheers, as is pretty much everything else the duo say all night. Songs such as, ‘Love Is A Disease’ and ‘Walking At Midnight’ go down as fan favourites among the non-singles from the album. 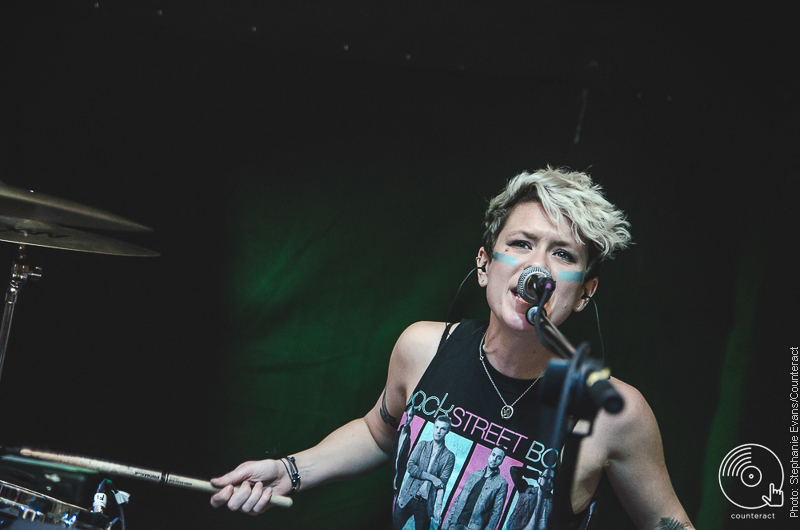 At times it seems that Cat Myers’ drumming battles with Stina’s song-writing for centre stage. Myers bashes with skillful precision and reveals halfway through that she’s been simultaneously playing a bass synthesizer the whole time. The synth itself is introduced as Sebastian, and apparently he has his own Twitter account. As the band play through their set, Stina invitingly says, “Feel free to go mental” and the crowd needs no encouragement. During the last sequence of songs, ‘Sea Hearts’, ‘All Dragged Up’, ‘Super Rat’, and ‘Killer Bangs’, a swirling mosh pit opens, and the gig is seen off in style.