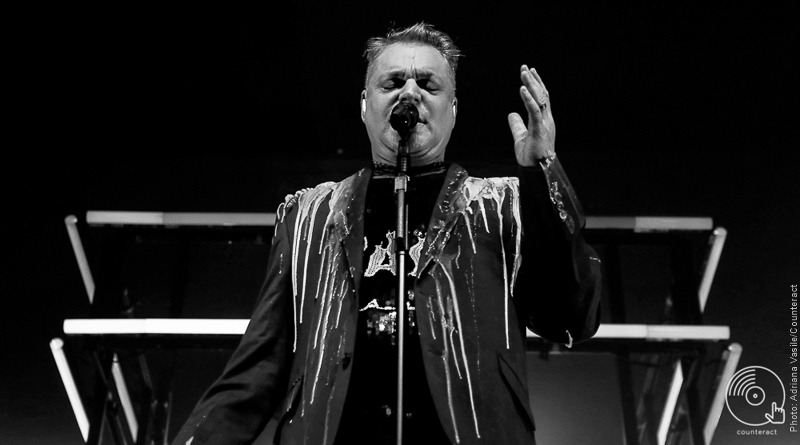 Bright Light Bright Light immediately grabbed the crowd’s attention as they filtered in from the cold and snow outside. A campy blend of retro disco-pop peppered with synths and precise saxophone solos complimented the Welsh musician’s music, with ‘SymmetryofTwoHearts’ being a standout track from the setlist. 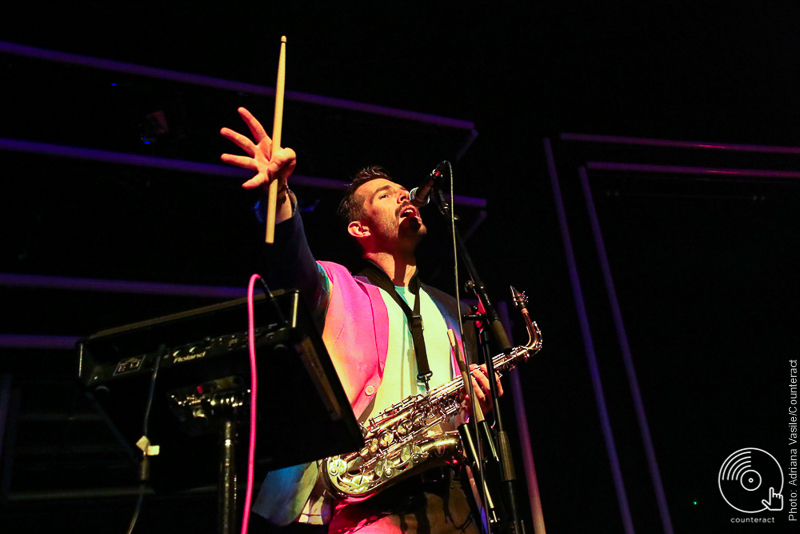 The show was visually engaging – with the Bright Light – AKA, Rod Thomas – wearing a UV rainbow-hued tuxedo, backdropped by Erasure’s intriguing stage setup. Lighting worked with his outfit to create a glowing spectacle. The singer’s Welsh accent gave him charismatic appeal – with his music taking presence over chat and spiel.

The “intriguing” stage setup soon came to Life once Erasure appeared. A burlesque feel came over the O2 Academy as a silhouette danced behind a screen, and Andy Bell – one half of Erasure – appeared sat down back-to-front on a cafe’ chair and segued into ‘Oh L’amour’. 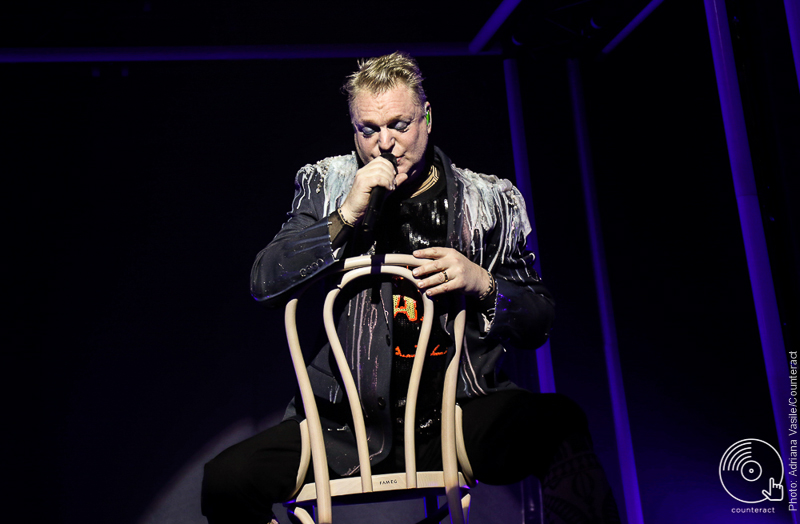 The duo’s biggest hits – such as ‘A Little Respect’ and ‘Sometimes’ – undoubtedly received a rapturous reception from the hooked crowd, who, judging by their devotion, are likely to have followed the band from the beginning of their careers. 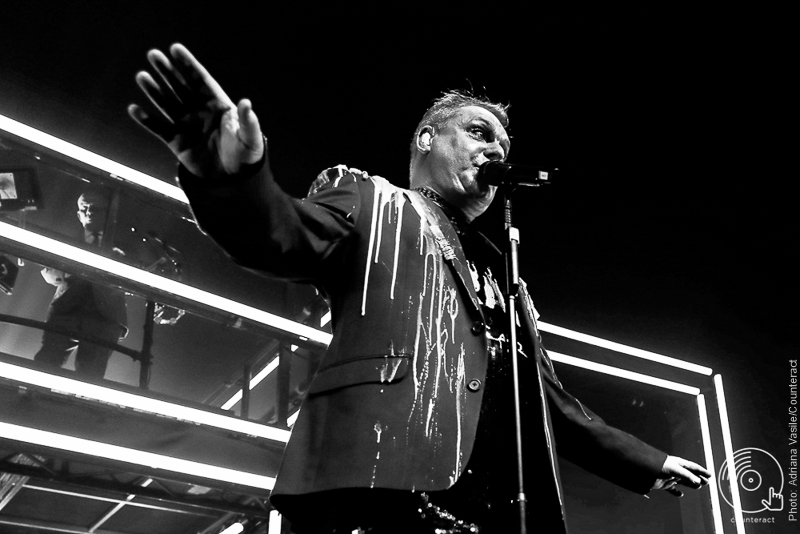 By contrast, slower electronic numbers were welcomed with attentive, polite hush as the dance duo ploughed through an impressive set. Of the visuals, the gig was gorgeous, stunning and fully-amped. LED, strobe and laser lights of all colours, patterns and shapes acted as the perfect compliment to Erasure’s tracks. The stage had two cubes to house Erasure’s two gorgeous backing singers and dancers, whilst Vince Clarke played instruments from on top of the cubes.

Andy sung, danced and stripped from the front of the stage’s length. In-between chatter ranged from a fear of butterflies going into your ears, the burden of funerals costs and how one of the backing singers, Val, is now a horse whisperer. The sentiments landed well with the audience.