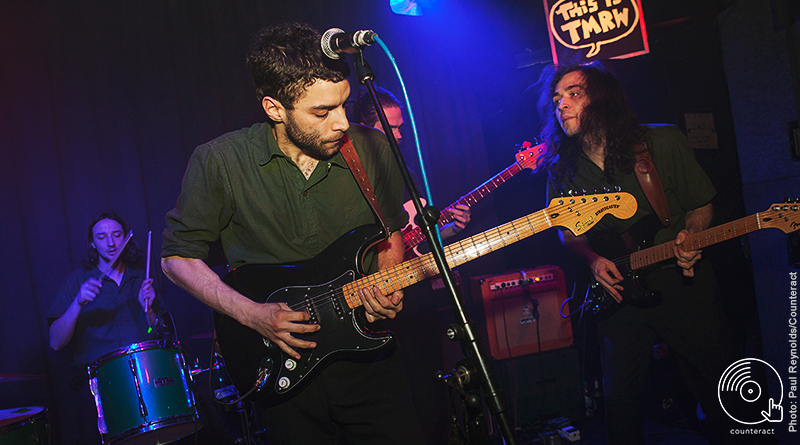 It’s hard to discuss DUDS without acknowledging the tagline that shadows any and all of their coverage – namely “The first British band to sign to Castle Face Records”. For the uninitiated amongst you, Castle Face have been sculpting a cavernous rock sound within the bowels of America for over a decade now (one of its founders is John Dwyer of The Oh Sees / Thee Oh Sees / Oh Sees) with a series of big hitting psych-rock acts on their roster, ranging from Australian gutter growlers King Gizzard and the Lizard Wizard to perennial garage dweller Ty Segall. DUDS’ inclusion is indicative of their rising star. 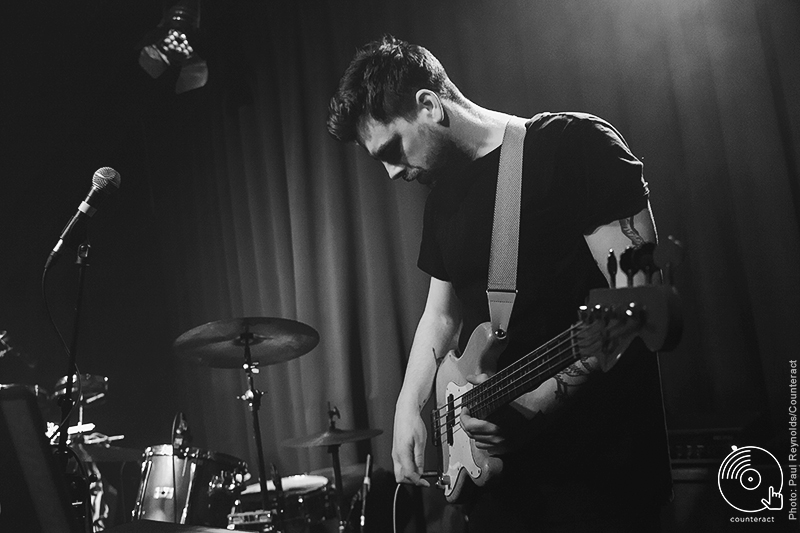 It’s tough to imagine the first (and only) support of the Killer Wave-hosted evening, Simple Eyyes, fitting in with DUDS’ peer group, but they still managed to sound suitably massive at the Hare & Hounds. It might not have been in keeping with the headliners no thrills, pummelling guitar rock, but Simple Eyyes’ brisk set of languished post-rock melodies still had its charms. In the age of laptops and loop pedals, being impressed by the amount of noise generated by just two people is increasingly moot, but the layers of cracked riffs and mournful, stuttering electronic loops frequently built to herculean proportions. 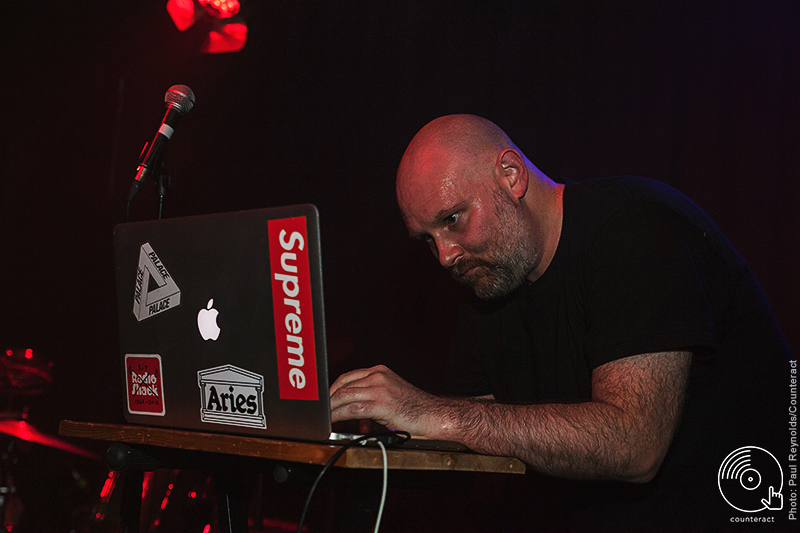 Nestled as they were in a bed of echoing guitar lines, Thomas Whitfield’s vocals did occasionally get swallowed alive, but the performance as a whole was laced with an air of carefree exuberance. A later discovery that this was (supposedly) the outfit’s last performance placed the whole show into a new context.  The production was consistently crisp and competent, and though each track traded too heavily in drudgery, there were enough moments of sublimity to carry it through. 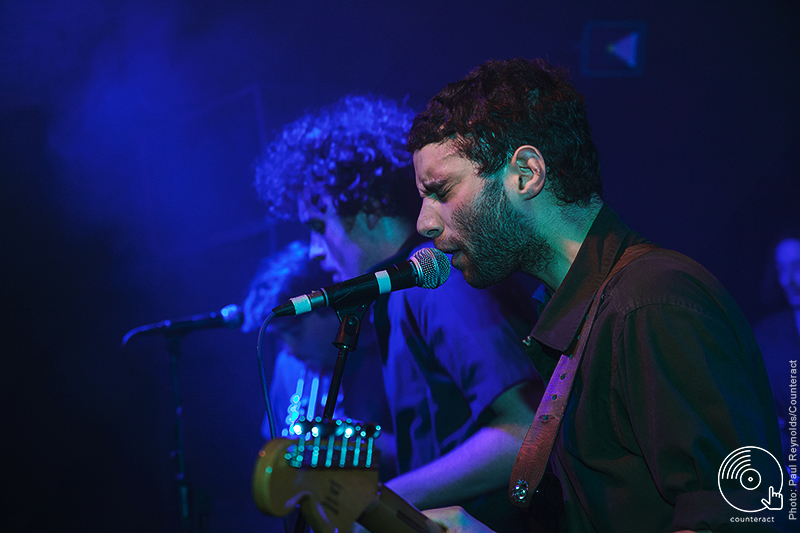 What a change of pace the headliner was then. Sonically DUDS have much more in common with their post-punk forebears than their psych-rock labelmates – particularly the more modern wing of that movement found in bands like Omni and Ought – but it’s in their cathartic bursts of energy where the similarities to their Castle Face contemporaries shine through. The sudden swathe sliced through the crowd when the first dissonant chord hummed out was stark, immediately establishing the direction the next half hour was to take. 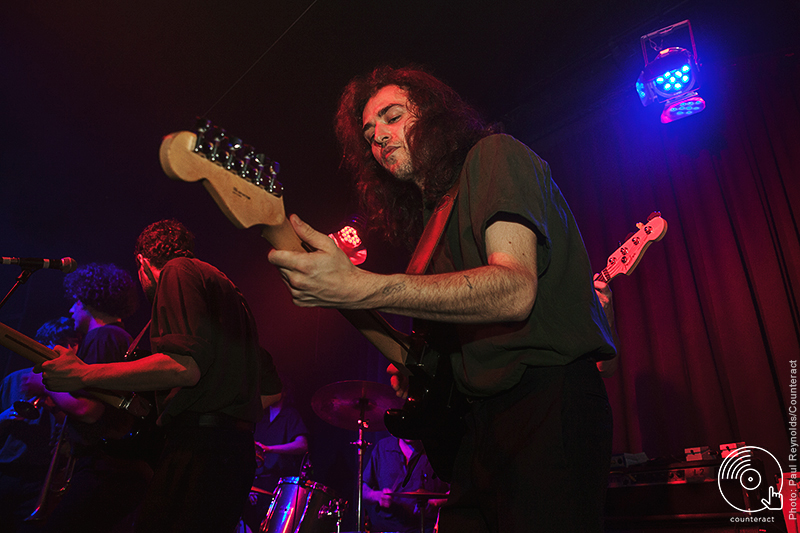 Whether the surreptitious curtain cutting the room in half was meant to cloak the slightly limited numbers or not, it certainly provided a living-room atmosphere for the whole affair, forcing everyone into a more intimate positioning. With seven members on stage it would feel crowded at the best of times, but with each member’s idiosyncratic dance moves – gentle (and not so gentle) jogging on the spot, whip-fast side-to-side head bobbing – it felt like they might all erupt into the audience at any moment. It was raucous and good-humoured and on the cusp of outright essential. 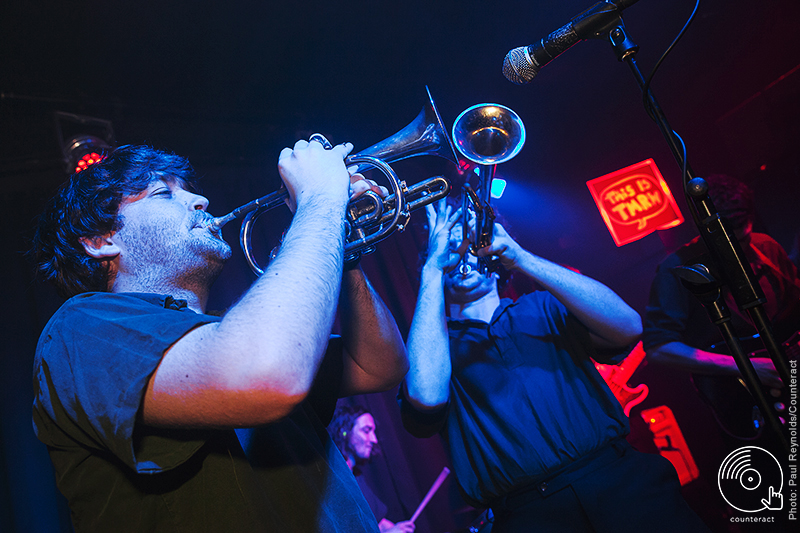 The brass elements, which are barely present on their debut album Of A Nature Or Degree, packed far more of a punch in a live setting, and indeed everything ended up sounding far more unavoidable. As people continued to pile in through the side door it felt like a gasket was about to blow – either ripped from Giulio Erasmus’ vocal chords or careering from the top of either drummer’s sweating foreheads. Band members dropped trumpets to pick up guitars to pick up miscellaneous percussion items in a manner befitting an after school music club, and the impression was created that these guys have been egging each other for decades, even as they retained the energy and vibrance of an impromptu jam session. 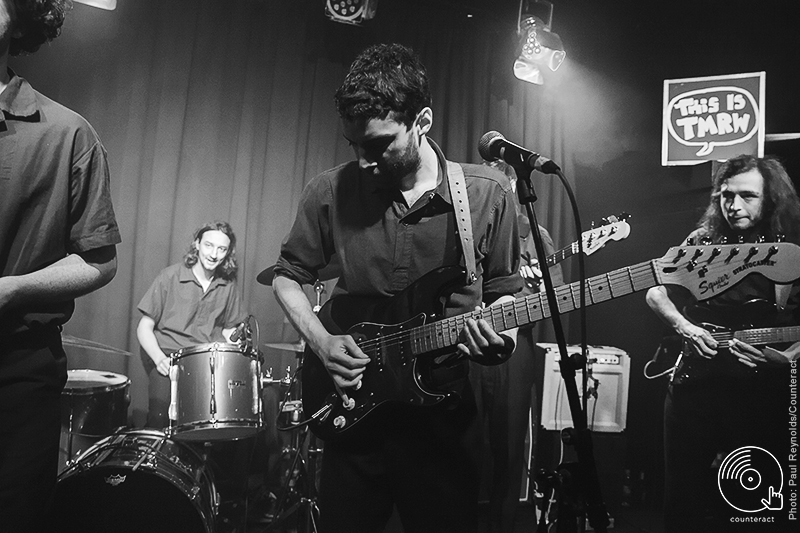 Pulling out individual tracks, the shortest of which clocked in at about 30 seconds, was a push at times, but it all served to turn the evening into a looping madcap odyssey, as the group lurched from song to song lit by a woozy blend of red and blue lighting. As a prelude to their final track, ‘No Remark’, DUDS broke into an impressively experimental free jazz-esque medley, before ricocheting back to life with their most recognisable riff. It’s this careering free will, and this desire to bite at expectations that make DUDS quite so exciting.